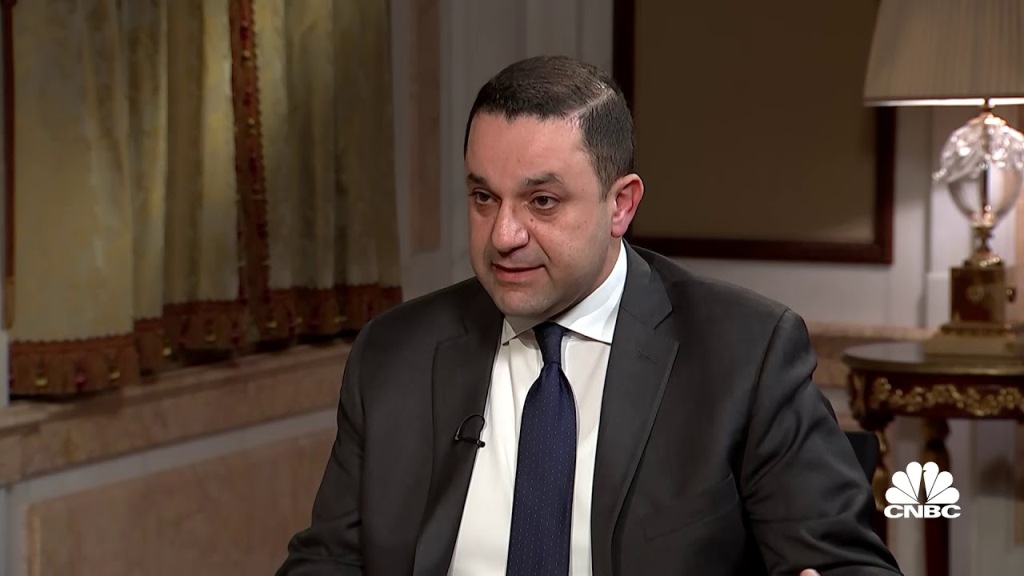 The idea and awakening came back and the state began to feel and count the devastating effects of its plan, which Prime Minister Omar Razzaz described by saying: “Jordan has dealt with the Coronavirus pandemic since its first stage with the immediate response and royal directives in taking the path that witnesses a small number of infections in exchange for strict measures and then the solidarity stage that we are now dealing with. And the third related to recovery”, he added: “The unemployment figures are high and they are expected to rise.”

Finance Minister Mohammed Al Ississ expected “Jordan’s economy to shrink 3.4%” instead of its estimated growth of 2.2%, pointing out that the Coronavirus’s impact on the Jordanian economy was “very deep.” He added that “Government revenue dropped by 602 million dinars,” adding “it is time to balance the economic and health impact.”

Central Bank Governor Ziyad Fariz expected the Jordanian economy to start recovering in the third quarter of 2020, in light of the decline in treasury revenues, and Fariz said that the financial situation of the treasury will be affected, and that the government will resort to borrowing, but pointed to “expecting the resumption of economic growth in 2021.”. He said: “Jordan is in discussions with the IMF seeking to change some of the objectives of a four-year programme of structural reforms because of the negative impact of the coronavirus on the economy.”

In light of these statements by the economists and financial officers of the regime in Jordan, we show the following:

– The deteriorating economic situation in Jordan was not in an enviable state before the Coronavirus, so that the government would take the path of militancy in quarantine and the approach of intimidation and fear that it has inflicted on the people, and still is, until it completes its purposes under the defense laws, even if that necessitated intimidation from another wave or waves of the epidemic outbreak, as stated by the Minister of Health, and the Minister of Finance finally corrected the government’s mistake by suggesting a balance between prevention and economic actions, after he reassured people of the state’s ability to fulfill its obligations at the beginning of the quarantine.

– The regime’s lockdown of life during the past weeks has had a bad impact on the state in terms of low revenues, shrinking economy and reserves depletion. And this is one of the elements of the continuity of state affairs and governance, and the system can manage its affairs with it, as it does since its inception, as it lives on the colonial Western foreign aid, principally America. It is an issue of the economy in Jordan that can never be reformed as long as its regime is dependent on the Kafir West, which will only allow Jordan with a powerless economy and a continuously powerless budget, even if oil runs in rivers, as a justification and pretext for the functional role of the regime to be implemented at every stage in the region.

– However, the problem of the closure affected the core of people’s lives and their living suffering, and the imposition of taxes, fees and fines, through obligatory security contributions and financial portfolios contributions. Rather, it traded in quarantine procedures when it made people pay wages for the return of their children to schools, so it increased the poverty segment, raised the unemployment rate after it reached 20% before Coronavirus, and disrupted basic services such as education and health, and the owners of daily earning jobs wandered aimlessly as they searched for what to feed their families, and the work of the productive sectors, especially small and medium enterprises, have been severely damaged. Thus people have reached miserable and painful economic conditions as a result of the government’s hardline policy of closure, and perhaps the people are the last concern of the regime; otherwise, the government would not have boasted of saving lives from Coronavirus, while it destroys lives through hunger, unemployment, debt and taxes.

– Losses as a result of the actions taken by the regime in Jordan and its government amounted to billions; thus, the immediate cost of the epidemic will not be less than 2.5 billion dinars, according to former Jordanian Deputy Prime Minister Dr. Muhammad Halaiqa, due to the stalling of the economy and preventing people from carrying out their business, and partly from the global measures to limit the spread of Coronavirus epidemic due to the supremacy of the capitalist system in the world and its virtual economic system that reached the extent of recession that was expected before the Coronavirus epidemic, which came as a golden opportunity for the poles of capitals and politics in the West to restart the economy again. And as the regime in Jordan pursues the policy of the capitalist economic system, with the political dependence on the colonial Kafir West in connection with the programs of the International Monetary Fund and the colonial World Bank, the government will resort to extensive riba-based borrowing, even if the indebtedness rises to astronomical numbers. Satisfaction is felt in the discourse of the regime and the government to the Western countries and its financial and economic tools, as if the price is the approval of the political and ruling agendas, which will be loans and aid the size of the implementation of these agendas that achieve economic projects for the benefit of the Jewish entity and its empowerment, in addition to the services of the security, military, and political alliance with the American and European Western Kafir colonist, which requires the Ummah’s diligent follow-up, monitoring and accounting.

– It appears from the above that the ruling regime and its executive elite were terrified and subjected to confusion, chaos and improvisation when the Minister of Finance pointed out the scarcity of external and foreign sources of funding, which themselves were shocked and stagnated by the capitalist economic policy and health spending in the face of the Coronavirus. This caused the head of the regime to demand making an alternative plan to every economic project or government program for production and economic growth because of the regime’s previous inability to adopt a self-driven economy stemming from the ideology of the Ummah and its Islamic economic system, and the government reliance on the colonial aid and riba-based loans as planned for Jordan from the beginning.

– The statements of the Prime Minister, the Minister of Finance, and the Governor of the Central Bank indicate the prelude for a new phase of rearrangement of papers and in light of the local situation and deflation and depending on the fear and terror that the state has planted in the hearts of people from Coronavirus, and indicate that the state in Jordan has an agenda that wants to exploit the Coronavirus pandemic in order to implement it, whether it is related to economic remedies, including borrowing, unemployment, indebtedness and unfair restrictions on the people of Jordan, and those related to cash and the dinar’s peg to the American currency, which is threatened by the terrible collapse due to the wild recession that America and the countries of the world are facing, or those related to ruling and political agendas, such as the regime implementing the dependency entitlements from elections and real deputy representation and the powers of an elected president, or implementing the terms of the Trump deal to liquidate the issue of Palestine, so that the size of the local rescue plan with aid and loans are related to the extent of the regime’s implementation of these agendas, which need to be addressed and alerted from by all sectors of society and the people in Jordan, because they will affect their vital issue and their lives in the coming years, and because the regime considers them a weak card in implementing what it undertakes to save itself.

– The Islamic economic system that emanates from the Islamic Aqeedah is based on legal (Shari’) provisions imposed by the Lord of the people on the people in order for their life to be straightened. The state does not spend except from what it possesses, and does not violate private property, and it only takes taxes from them in special cases and from the rich Muslims only, and prohibits riba, the basis of the rotten capitalist economic, and prevents hoarding money even if its zakat is paid, so that it will not be a perpetual distribution among the rich, and the state’s budget lines of revenues and expenditures are fixed because they are legal rulings. And the Islamic state is based on achieving the individual sufficiency of all its citizens of food, water and housing, and collective sufficiency of education, health and security, and without this system, the situation of the world will not be settled, the world which is dominated by a bad capitalist economic system based on riba and hunger, and on the accumulation of money in the hands of the rich and the imaginary virtual money.

The regimes in Muslim countries and those in charge of them stand in the way of the movement of the Ummah, as these rulers insist on their enmity and on association with the major colonial countries. The Ummah needs sincere and truthful leadership that leads them in accordance with the True Islam, and it undoubtedly realizes that Hizb ut Tahrir is the pioneer who does not lie to its people, so let it work with it honestly. وَلَيَنْصُرَنَّ اللَّهُ مَنْ يَنْصُرُهُ إِنَّ اللَّهَ لَقَوِيٌّ عَزِيزٌ “And Allah will surely support those who support Him. Indeed, Allah is Powerful and Exalted in Might.” [al-Hajj: 40]

We invite you to take Islam as a doctrine, a methodology and an arbitrator to solve all the problems of your life and to please Allah Almighty. And we will remain the pioneer who does not lie to you; we warn you of the agendas of the Kaffir colonizer and his followers from the ruling regimes and we urge you to work with us to achieve Allah’s promise of the next succession coming soon, with His permission, and achieving the glad tiding of His Prophet ﷺ of the establishment of the Khilafah Rashidah (rightly guided Caliphate) on the method of the Prophethood.