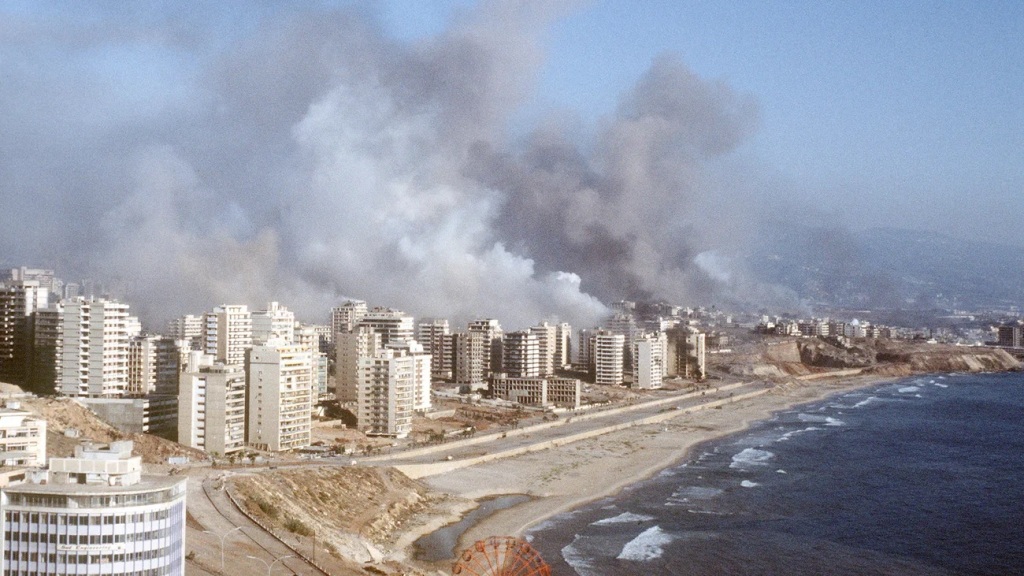 The head of the Jewish government, and his former army minister, the criminal Ehud Barak has confessed that one of the goals of the 1982 Operation to invade Lebanon and to remain in its south until the year 2000, that is, even after Yasser Arafat left Lebanon, was the presence of Palestinian refugees in Lebanon. Speaking to the radio on the so-called “Tel Aviv”, Barak said that his entity was “planning to transfer Palestinian refugees from Lebanon to Jordan, but his plan failed due to the difficulty of its application on the ground”.

He also proclaimed, and he is one of the most perpetrators of crimes and assassinations against Palestinians, that the scheme of Jewish entity included playing on the sectarian string, and grooming the Christian right wing to eliminate the Palestinian presence in Lebanon.

We say: In light of what was issued by the Hizb ut Tahrir / Wilayah of Lebanon, on the ninth of Ramadan, corresponding to 2/5/2020, titled “The Palestinians in Lebanon between Living Pressure and Political Loss,” in which they outlined their opinion on the reality of the Palestinian problem in Lebanon, the statements of the criminal Barak comes to confirm the harmony of the goal of the Jewish entity, with the racist practices that the Palestinian brothers and sisters in Lebanon are exposed to this day, not the first of which is the refusal to transfer them from their areas of presence to Lebanon on the same aircraft that returned the Lebanese to Lebanon in light of the Coronavirus crisis.

Therefore, we stress not only the necessity of treating the Palestinian brothers and sisters in Lebanon as the rest of the people of Lebanon, both equally, especially in the rights of work and ownership, but rather more than the family, especially those who run the helm of governance in Lebanon, in front of the curtain and behind it, and those who rant at night and during the day about Palestine and the resistance, they weave poems about it and do not transform it into actions, not to mention the racist violations against them at all times.

The Palestinian brothers and sisters in Lebanon today, after seventy-two years of existence in Lebanon, are part of the societal fabric and contributors to the economy of the country through their foreign transfers and International aid.

Furthermore, the economy in Lebanon can recover again if it can benefit from the Palestinians’ high qualifications in Lebanon and attract Palestinian investments from abroad. And this can only be done by removing all racist restrictions, which are compatible with the plan to re-displace the Palestinians in Lebanon, which has been practiced against them since the 1982 invasion until today to keep them away from Jerusalem and its surroundings.