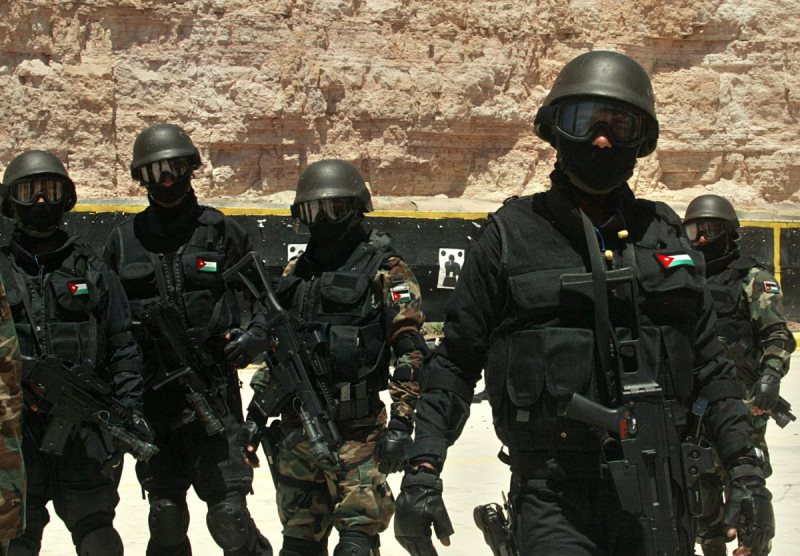 The security forces of the regime in Jordan arrested two members of Hizb ut Tahrir in devious and barbaric ways that are unworthy of the human rights that the regime in Jordan is praising. Not to mention the arrest of the carriers of the call to Allah, the pure and pious, and we do not ascribe purity to anyone before Allah (swt), who are sincere to their Ummah by calling it to the resumption of the Islamic way of life.

The security forces arrested Brother Anwar Abdul Dayem (Abu al-Harith) from his home, the day before yesterday, after they violated the sanctity of his house and searched it.

Another security force ambushed Brother Hossam Barakat (Abu Osama) near his home, yesterday, and arrested him in a barbaric and brutal manner. Then, another security force of masked men returned and terrorized his family and children, searched his house and confiscated a laptop computer for his son who is using it for studying.

The vileness and baseness in violating the sanctity of the safe houses of the Arabs in their Jahiliyyah (ignorance) did not reach the point reached by the regime forces in Jordan in terrorizing women and children and storming the houses, all that to avert people from the path of Allah and the call to Allah, and they know that all these actions that should have been directed at the enemies of the Ummah will not increase the Shabab of Hizb ut Tahrir except with resolve and determination to move forward in their call for the resumption of the Islamic way of life, rather, it increases their belief and conviction that they are on the path of the Truth and integrity that the regime, its organs, its henchmen and its corrupt milieus lack.

“And they resented them not except because they believed in Allah, the Exalted in Might, the Praiseworthy * To Whom belongs the dominion of the heavens and the earth! And Allah is Witness over everything.” [A-Buruj:8-9]