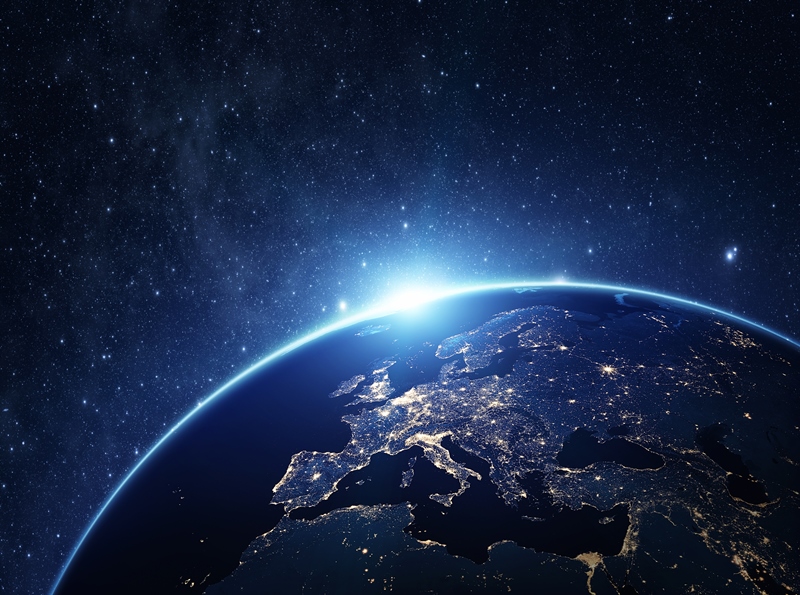 May Allah help you in all the good.

1- A miracle is “what appears unusual in what is brought by the one claiming prophethood when challenging the deniers in a manner that the deniers cannot bring anything like it”; the miracle of the Prophet must have two things: the first to be extraordinary, and the second is to challenge deniers by the miracle that Allah (swt) gave to the Prophet. The miracle of Prophet Muhammad ﷺ, which is the challenge to prove his prophethood is the Noble Quran. He ﷺ did not challenge the Arabs with other than that to prove his prophethood:

“Or do they say, “He invented it”? Say, “Then bring ten surahs like it that have been invented and call upon (for assistance) whomever you can besides Allah, if you should be truthful.”

“And if you are in doubt about what We have sent down upon Our Servant (Muhammad), then produce a surah the like thereof and call upon your witnesses other than Allah, if you should be truthful.”

2- The miracle of the Quran is mainly manifested in its eloquence, classical (Arabic) and its elevation to an amazing degree. This is manifested in the miraculous style of the Quran; its style is of clarity, power and beauty that humans cannot reach. Style is when the meaning is arranged in coordinated words. Or it is the way to express graphically the meanings in language terms. And the clarity of the style is through the emergence of the meanings intended to be used in the expression chosen. The power of the style is by choosing the words that lead to the meaning that are best suitable. The delicate meaning is expressed with delicate words; the prudent meaning is delivered with prudent words; and the meaning of the denunciation is delivered with words of denunciation, and so on. The beauty of style is by choosing the purest phrases and most appropriate to deliver the intended meaning and suitable one with the words and meanings with the rest of the sentence and sentences.

3- The follower of the Quran finds the height and loftiness of its characterized style; of clarity, strength and beauty. Thus, the Quran has a special format, and it is found to use every meaning in the word that suits it, suits the words around it, and its meanings, and this is consistent in all of its verses. Thus, its miracle is clear in its style in terms of being a special form of speech that does not resemble the words of human, and human words do not resemble it. And in terms of delivering the meanings in the words and sentences appropriate to them, and in terms of the effect of words on the ears of those who understand its eloquence and study deep its meanings and are humbled to the level of almost prostrating to them, and the effect on those who do not realize the meanings, they are compelled by the ring of these words in the miraculous format that humbles the listener forcibly even if the meaning of the words is not understood. Therefore, it was a miracle and will remain a miracle until the Hour.

4- Here are examples from the evidences that the miracle of the Noble Quran is its linguistic style:

A- It is known that when a Prophet brings a miracle from Allah to challenge his people, it will be in a matter that his people have excelled on and are the most knowledgeable in so that the challenge will be fair. Musa (as) has challenged the people of Pharaoh with magic and they were the most knowledgeable people in magic, and Isa (as) challenged his people by curing the diseased and the revival of the dead and they were the most knowledgeable people in medicine, and so on, but the people of Mohammed ﷺ were not the most informed in the natural sciences, magic or medicine, but they had the upper hand in the language. It was their passion and their daily work and they hardly mastered anything else; they were creative in writing, producing its prose of all kinds and in producing poetry with its laws (Bahr) andrhthym , so the most appropriate challenging miracle for them is the speech they know in the style of the Arabic language.

B- The Noble Quran challenged the Arabs to come up with a Surah (chapter) like it. For example, Surat Al-Kawthar, with no doubt, and other Surahs that are short do not entail a scientific issue or the like, but what stands out in it is the wonderful language style that the Arabs could not come up with anything like it.

C- The one who made the Arabs amazed and feel incapable when hearing the Noble Quran is its linguistic style and not the scientific aspect mentioned in it, and this is known of them and frequently (tawatur) transmitted from them. Even some of them said that the Quran is the magic of the words.

D- It was not transmitted from the Prophet ﷺ that he made the challenge to the Arabs in the scientific aspects mentioned in the Noble Quran, but he ﷺ used to ask them to bring something like it in style.

E- The Noble Quran came with meanings known to the Arabs at the time of the Prophet ﷺ but sometimes it narrated from their own words as His (swt) saying:

“And they say, “We will not believe you until you break open for us from the ground a spring* Or (until) you have a garden of palm trees and grapes and make rivers gush forth within them in force (and abundance)* Or you make the heaven fall upon us in fragments as you have claimed or you bring Allah and the angels before (us) * Or you have a house of gold or you ascend into the sky. And (even then), we will not believe in your ascension until you bring down to us a book we may read.” Say, “Exalted is my Lord! Was I ever but a human messenger?”

These noble verses are a narration of the sayings of Qurayish; the meanings mentioned therein are those of the words that Qurayish said, but the Qur’an narrated them to us in a wonderful and exquisite manner that Qurayish failed to bring something like although it was narrating what they said, and this highlights that the miracle is in the style of the language of the noble Quran

These are some evidences that the miracle in the Quran is limited to the linguistic style:

5- Those who use the term scientific miracles refer to what is stated in the Noble Quran, which scientific theories or facts apply to, such as the saying:

“And certainly did We create man from an extract of clay* Then We placed him as a sperm-drop in a firm lodging* Then We made the sperm-drop into a clinging clot, and We made the clot into a lump (of flesh), and We made (from) the lump, bones, and We covered the bones with flesh; then We developed him into another creation. So blessed is Allah, the best of creators”

But these verses and the like came to signify Allah’s ability and not to prove any scientific aspect, and the evidence for that is that the addressees of the days of the Prophet ﷺ did not understand the scientific aspects in them. In addition to the fact that it was not the challenge to them, they were not used by the Prophet as the challenging miracle to his people to signify the truth of his Prophethood.

6- In conclusion: The miracle of the Noble Quran is its linguistic style, which was the challenge, and the Quran did not challenge the Arabs to prove the prophethood of the Prophet ﷺ with a scientific miracle, rather, the miracle of Prophet Muhammad ﷺ is the Noble Quran. Allah (swt) challenged the Jinn and mankind to bring something like it, but they failed and they will not be able to even if they helped each other:

Thus, the miracle of the Prophet ﷺ that challenged them to prove his prophethood is the Noble Quran