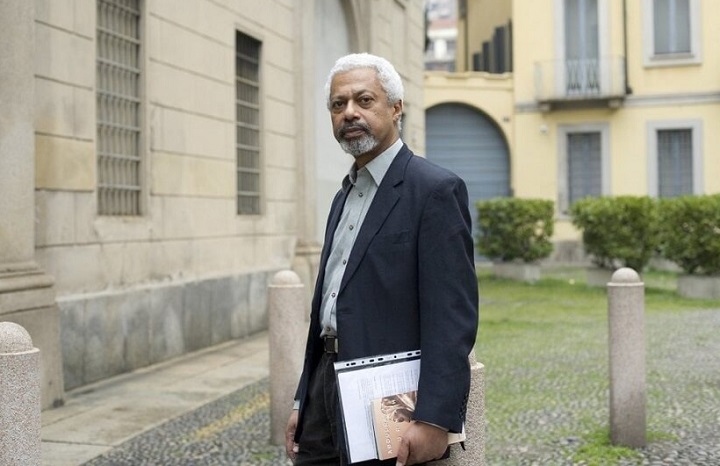 On Thursday, 07/10/2021, retired Professor of English and Post-Colonial Literatures at the University of Kent and novelist Abdulrazak Gurnah won the prestigious award of Nobel Prize for Literature worth a gold medal and 10 million Swedish kronor ($1.14m) after recognition on his “uncompromising and compassionate penetration of the effects of colonialism and the fate of the refugee.”

Comment:
Professor Gurnah (73) based in United Kingdom, born in Zanzibar in 1948 and arrived in Britain in 1968 as a refugee after escaping mass killings of Muslims in Zanzibar especially all with Asian and Arabian origin which took place in 1964 and thereafter. He has published 10 novels and is the 7th African to win the Nobel Prize in Literature.

The violent uprising of 1964 in Zanzibar led thousands to be slaughtered, communities expelled, hundreds imprisoned connected with the so-called “Revolution of Zanzibar and aftermath. Many victimized including Professor Gurnah which made him with no option except to go exile to Britain in the late 1960s, fleeing a repressive regime that persecuted the Arab Muslim community to which he belonged.” (The Washington Post, 07/10/2021)

It is very unfortunate that the so-called freedom fighters, African leaders who were in the real sense watchdogs of Western colonial masters instead of unifying and binding their people together during post independent period they committed unspeakable atrocity, brutality, mass murder and slaughtering their own innocent people just to fulfill racial hatred, political zeal and impress their Western colonial masters.

It is estimated that the 1964 Zanzibar genocide total death toll was up to 20,000 innocent people of which were Muslims many of Asian and Arabian origin. Following the targeted indiscriminate murder, tortures, raping and confiscating their wealth, thousands took risks to flee while the lucky ones ushered into camps and later forcibly deported. (The 1964 Zanzibar Genocide: The Politics of Denial, 2015)

That tendency of racial killing of innocent people in the 1960’s for power in most cases motivated by Britain. However, did not end the similar scenario still continues to now days.

For instance, in the 2000’s, police allegedly killed 35 protestors and injuring 600 others in Zanzibar following post- election protest. Officials and militias from the ruling party (CCM) went on a house-to-house rampage, arresting and abusing suspected opposition supporters, prompting some 2,000 people to flee to Kenya. (The Political Crisis in Zanzibar, 2016).

In 2012, members and leaders of Islamic organization Uamsho/ Awakeningwere arrested and later transferred to mainland and charged with fabricated terror charges. After more than 7 years of detainment and torture, they were released in 2021 after government to have failed for more than 7 years in a row of their investigation to provide any tangible evidences against them. It is more than shame!

The oppression of innocent people in Tanzania especially Muslims does not end in Zanzibar Islands but it crossed to the mainland side where hundreds if not thousands of Muslims, most of them are innocent have been detained under baseless terrorism and endangering national security charges simply from religious hatred, to appease Western colonial masters as well as getting bribed by Western nations in the name of fighting terrorism funds.

This scenario has victimized many Muslim activists, sheikhs, ustadhs and ordinary Muslims to be detained for years under pretext of ‘investigation is underway’. For instance, in 2017, three members of Hizb ut Tahrir / Tanzania: Ustadh Ramadhan Moshi Kakoso, together with Omar Salum Bumbo and Waziri Suleiman Mkaliaganda abducted, detained then fabricated with terrorism charges, and many others in different regions such as: Tanga, Mwanza, Arusha, Lindi, Coastal regions, etc. all have been in detention for many years without any tangible evidence being tendered against them.

It is high time for Tanzania, both sides of the union (Zanzibar and Tanganyika) to take lesson from this issue, instead of rushing and erupting of jubilation with celebratory and proudly mood from Professor Gurnah’s award, to immediately stop oppressing and victimized their own innocent people especially Muslims.