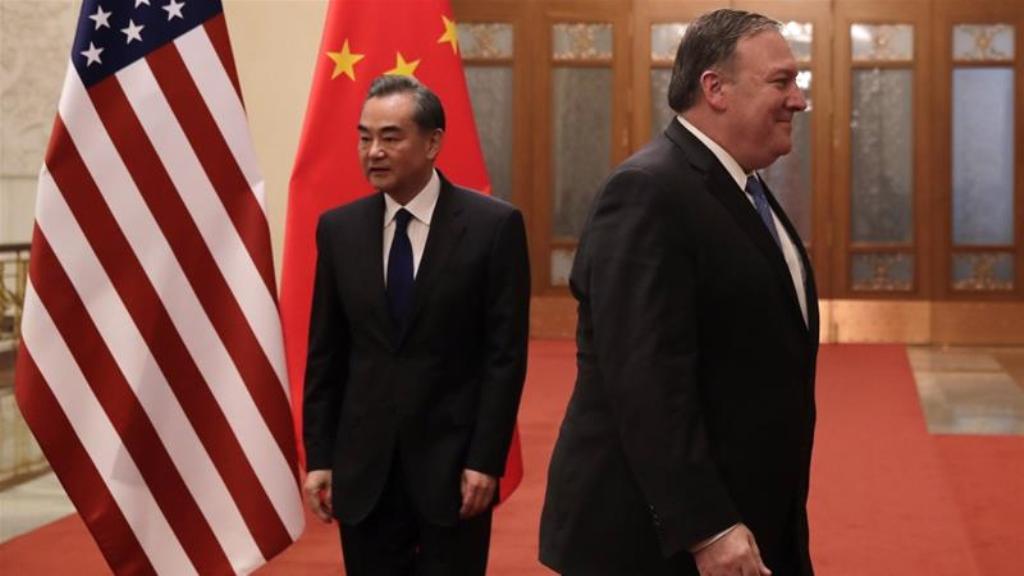 The United States’ top diplomat, Mike Pompeo, will raise China’s mass internment of Muslim ethnic minorities with his Central Asian counterparts during his upcoming trip to the region, a senior State Department official said on Monday.

During his visit to eastern Europe and central Asia from Friday through January 7, Pompeo will conduct meetings with representatives from a number of countries that have spoken out in support of Beijing’s actions in the Xinjiang Uygur autonomous region, where hundreds of thousands of Uighurs and other largely Muslim minority groups are reported to have been sent to mass detention facilities. (Source: South China Morning Post 30/12/2019)

Meanwhile President Trump spills America’s true intentions towards China in a Tweet today, 31 December 2019: “I will be signing our very large and comprehensive Phase One Trade Deal with China on January 15. The ceremony will take place at the White House. High-level representatives of China will be present. At a later date I will be going to Beijing where talks will begin on Phase Two!”

This just shows that some Muslims who still think we can rely on the West to combat China and its ferocious treatment of Uyghur Muslims are naive and rooted in a post-colonial mindset of slave and master. America will only ever pursue its own interests, yet always spew a rhetoric that pacifies the global community as and when required.

Furthermore, it is ‘deep state’ politics composed of high-level elements within the intelligence services, military, security and judiciary whether functioning as one entity or seemingly at odds with another. Americans will never act for the good of any people, land or value other than their own. It is their aqeeda of Capitalism to be as such, and all that emanates from it has proven to be destructive to the core for mankind and the planet.

The only system for Muslims to trust and have expectation of must be that of the Khilafah (Caliphate) – whether it is present or absent. Until the Ummah unanimously rejects secular rule in favour of Islamic rule, our condition will sadly be to our own detriment.

“But those who wrong follow their [own] desires without knowledge. Then who can guide one whom Allah has sent astray? And for them there are no helpers. [Adhere to] the fitrah of Allah upon which He has created [all] people. No change should there be in the creation of Allah. That is the correct religion, but most of the people do not know”. [Surah Ar-Rum: 29-30]