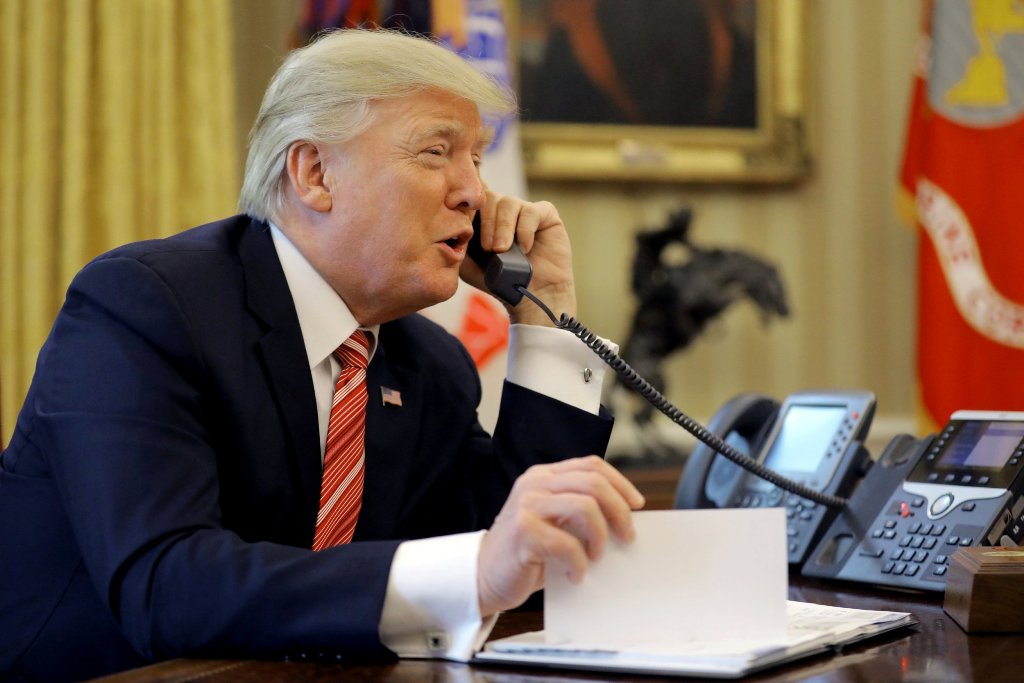 On Tuesday, March 3, Donald Trump, in the presence of Zalmay Khalilzad, held a phone call with Mullah Abdul Ghani Baradar, the political deputy of the Taliban. The Taliban affirming in a declaration that the call was attempted to mainly discuss the issues such as ‘reduction in violence’ and ‘intra-Afghan negotiations’. Trump later confirmed the call to reporters in the White House, and told that he had a ‘good conversation’ with Mullah Baradar. A statement confirming later that Trump has told Mullah Baradar that the US Secretary of State Mike Pompeo would soon meet with Afghan President, Ashraf Ghani so that the barriers against the intra-Afghan talks get removed. Besides, Mullah Baradar has urged Donald Trump to take determined steps in withdrawing foreign troops from Afghanistan, to build positive relations with Afghans in the future, to preclude anyone if happened to be violating the terms of the signed agreement and to get the US involved further in this long war. (Ref: Ettelaat Roz Daily Newspaper)

The US has suffered a major defeat in the Afghanistan battle-zone, which had made it almost impossible for any of the US presidents to make further illusive excuses for the US public opinions anymore. Thus, the US initiated the peace talks with the Taliban to announce the end of their longest-ever war in the history. As for now, the US has been able to achieve things through this peace deal on the negotiation table that were considered impossible to have been attained through war in the battlefield. Hence, after signing the agreement with the Taliban, the US will not only try to pretend as if it is fulfilling all terms and obligations of the agreement but will also present its government committed to abiding by the terms. Whereas one could obviously see how they violated the terms on Wednesday, March 4, 2020 just few days after the signing of the peace deal. As Sonny Legget, a spokesperson for the US forces in Afghanistan, told: “the US has conducted an airstrike on March 4 against Taliban fighters in Nahr-e-Saraj district of Helmand province who were actively attacking an ANDSF checkpoint.”

In the meantime, the US’s dirty political game with the Taliban militant group has begun afresh as it is apparently visible in Ashraf Ghani’s refusal stance to releasing 5000 Taliban prisoners as well as challenging the Pakistan’s support of the group.

To run this chaotic game, Ashraf Ghani, in the aftermath of boycotted-and-scandalized 2019 presidential elections received a green light from the US as the declared winner in order to further push the Taliban down and gradually reduce them from their earlier stance. Alternatively, civil society entities, women rights activists and the Human Rights organizations have also multiplied their efforts to pressure the Taliban in the intra-Afghan negotiations by raising their voice for women’s rights and freedoms.

The other side of this dirty game has been disclosed through the remarks of Secretary of State, Mike Pompeo, who talked of the Taliban’s confidential commitments with the US in what he called as secret annexes. Such remarks could also trigger widespread fraction and distrust among the Taliban ranks, which would make it hugely difficult for the Taliban leadership to address these issues under such a chaotic circumstance.

Another dimension of this filthy game is the running of a cease-fire with the US occupation forces while continuing war with the Afghan forces, which will unprecedentedly undermine the popularity of the Taliban in the eyes of the public. In addition, the most challenging phase of the so-called peace talks is on how the intra-Afghan negotiations would succeed whereas the key manipulators of this process are the occupation embassies themselves. Though, they are trying to make Afghans themselves carry their historic responsibility in this dirty game, too.

Yet, the Taliban have been taking the bumpy route towards the American peace. Because the Taliban have not happened to either apprehend the reality – the US failure in Afghanistan and its non-compliance with the treaties internationally – or understand the American language, which is a diplomatic language of profit and pragmatism. As a result, they have unfortunately been caught in the trap of the US whose fundamental matters are presented in the following:

By accepting the above-mentioned conditions, the Taliban appeared to have abandoned Jihad and their international ideological affiliations with the Jihadi groups, and reaffirmed their falling in the beacon of Nation-State system under the current US-led international order. Now, it is an obligation for the Muslim and Afghan Mujahideen to realize the various dimensions of this American dirty game, and to pressure the Afghan politicians, influential leaders and the Taliban to immediately stop this scenario and to ultimately bury the American pride in the graveyard of the empires instead of supporting this American process. As a matter of fact, the Afghan war will not come to an end just by signing agreements because Afghanistan is not bearing an internal problem, but a regional and global. Such a dilemma would not be resolved until the Muslims get united under one umbrella and establish the second Khilafah Rashidah (rightly-guided Caliphate). We keep our fingers crossed to Almighty Allah to endow ‘unity’ for the Muslims and to protect them from trickeries of the infidels and the hypocrites. May this year would be the last without a Caliphate. And may we get together under the umbrella of the Caliphate, holding the flag of the Uqab to celebrating the month of Rajab next year.