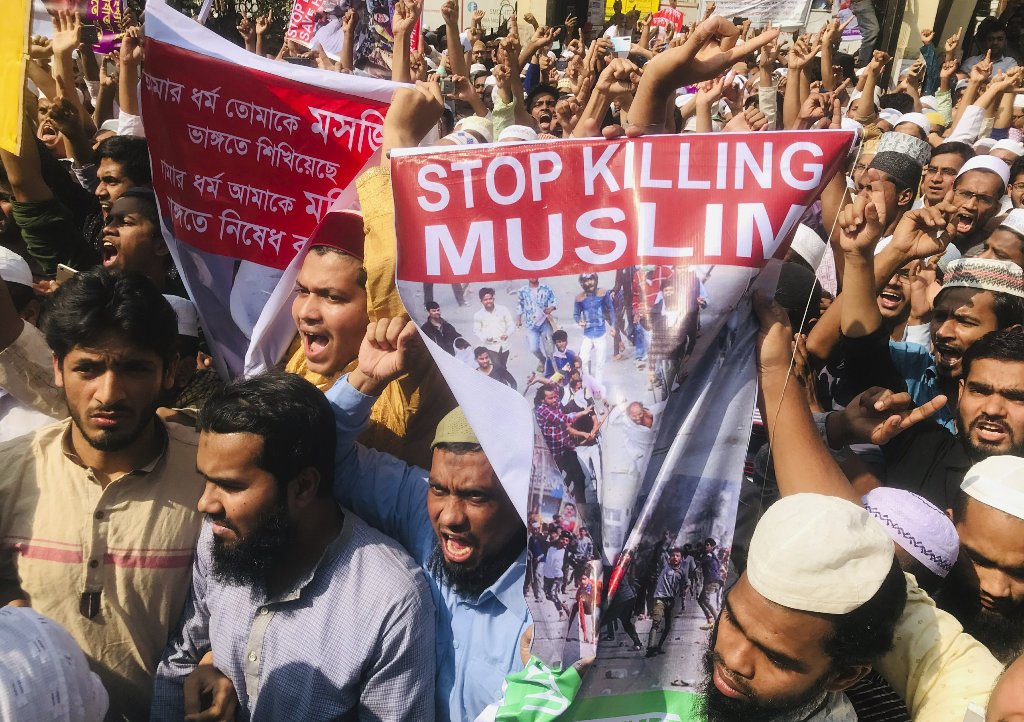 Bangladesh will greet the Indian guests, including Prime Minister Narendra Modi, with appropriate respect when they visit Dhaka to attend the mega event of Sheikh Mujibur Rahman’s birth centenary on March 17, Foreign Minister AK Abdul Momen said on Tuesday. “The government has invited Modi as the premier of India, the closest ally of Bangladesh during our Liberation War,” he told reporters at the inauguration ceremony of Khadimpara Union Complex in Sylhet Sadar. Later at a discussion, the foreign minister said: “Those opposing Modi’s visit in Bangladesh are voicing their personal opinion. Prophet Hazrat Muhammad (SM) respected and welcomed his guests. We will also show proper respect to our guests.”

Just like birds of the same feather, addicts of Muslims blood from India and Bangladesh are gathering in Dhaka on the occasion of 100th birth anniversary of Sheikh Mujib. This is happening while Modi administration has continued the killing spree of innocent Muslims in India, vandalizing their properties and prestige, and have even burnt sacred Mosques in state-sponsored terrorism. And when Ummah in Bangladesh is filled with rage for the upcoming visit of the mutilator Modi, our treacherous Hasina government is adamant to justify the visit if killer of Muslims by citing the evidence of our beloved Prophet (saw) to prove that he welcomed “guests”! How can any sincere person invite the open enemy of Muslims, the ‘butcher of Gujarat’, the killer of Muslims in Bangladeshi border, whose mind is filled with deep hatred against Islam and Muslims.  Such invitation by going against the will of the Muslims clearly depicts the reality of our agent rulers’ hearts since they all celebrate Ummah’s agony so nakedly. Killers of Muslims are rewarded with the highest possible orders. From the royal palaces of Middle East to the prime minister’s office of Dhaka, it’s all the same. Being perfect devotees of their Western masters, Modi and Hasina both have their scores in killing and torturing Muslims. They made Muslims and the rise of Islam as their sole targets to secure their positions granted by their colonialist masters.

Now is the time that the Ummah in Bangladesh work hand in hand with the rightful party Hizb ut Tahrir to uproot the slavish and traitorous rulers from the power by demanding Nusrah (material support) from the sincere military for Hizb ut Tahrir for the establishment of Khilafah (Caliphate) upon the method of the Prophethood. Only then the Khaleefah (Caliph) will destroy the colonialist-imposed political orders that have kept the Muslim lands separated and unify our military and all other resources to liberate the Muslims and non-Muslims in this region from the oppression of the India’s oppressive Hindutva regime.