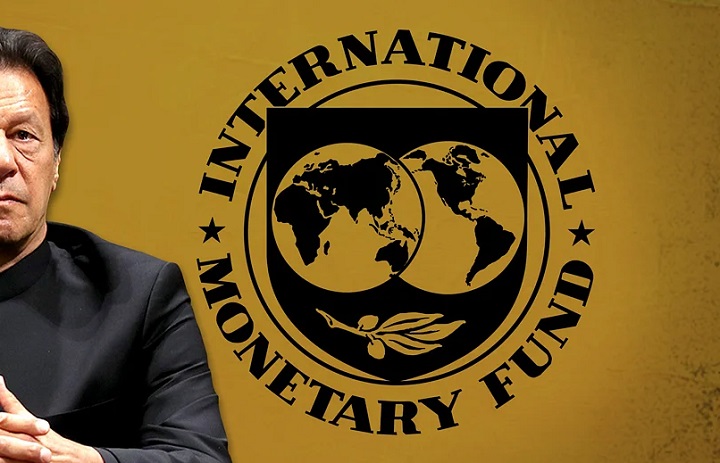 Whilst claiming there are not enough funds to care for those in hardship and initiate Jihad in the Path of Allah (swt) to liberate Occupied Kashmir and Al-Aqsa, the Bajwa-Imran regime throws our economy into the grave that the IMF has dug for it. The Bajwa-Imran regime ties Pakistan to the IMF policies in every budget and mini-budget, whilst it is fully aware of the destructive nature of colonialist financial institutions. Before coming to power, in an interview published in the British newspaper, “The Guardian,” on 18 September 2011, Imran Khan emphatically warned, “Every country I know that has had IMF or World Bank programmes has only impoverished the poor and enriched the rich.” Yet, the IMF Communication Department on 21 May 2021 confirmed that Pakistan remains tied to the IMF, stating, “on Pakistan, on the status of their extended fund facility, which was in place before the crisis hit, it remains in effect.” So, like all the IMF economic hit-men before them, Pakistan’s current rulers are lying that the economy is in take-off position, whilst it rusts to pieces on the runway. And like all the IMF hit-men before them, Pakistan’s current rulers will flee the scene of their crime to hide under a rock, as Shaukat Aziz and General Musharraf have done before them.

We will only know of a change that grants us relief in this Dunya and the Aakhira, when we re-establish the Khilafah (Caliphate) on the Method of Prophethood. The Khilafah will firmly refuse to pay interest as it is an invitation of war from Allah (swt) and His Messenger (saw). The Khilafah will seize the rulers and state officials from the period of indebtedness, so that they are made personally liable for the principal on the debts, as they alone personally benefit from such loans. Free of the interest based debt trap, the Khilafah will focus entirely upon fulfilling our obligations to our great Deen, Islam. It will base currency on gold and silver, ensuring a strong stable currency and thus solving the problem of back-breaking inflation. It will implement sound economic policies, founded upon the firm foundation of the Noble Quran and the Sunnah of RasulAllah (saw), in agriculture, trade and industry. Thus, Islam will allow the Khilafah to rise as the world’s economic powerhouse, as it was for centuries before. It is this powerful economy that will support the purpose of the Ummah in this world, which is the Dawah and Jihad to spread Islam. So, demand from your fathers, brothers and sons in the armed forces to grant their Nussrah to Hizb ut Tahrir, so that you finally are ruled in accordance to the Noble Quran and Blessed Sunnah, securing success in this life and the Aakhira. Allah (swt) said,