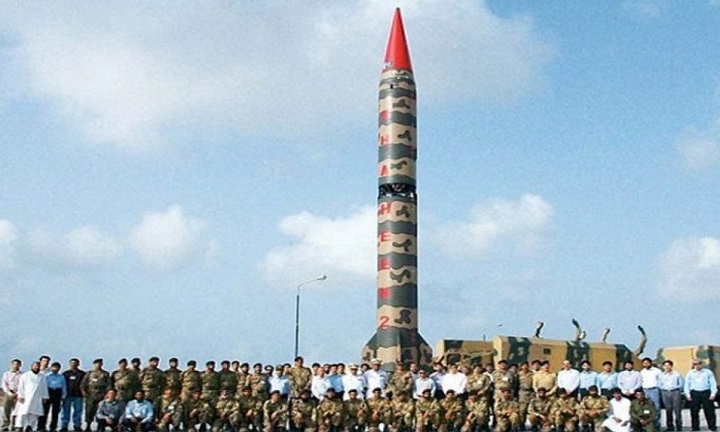 The Bajwa-Imran regime continues its misguided policy of normalization with the Hindu State, granting Modi concessions to restart the peace process with the Hindu State. Rather than issuing a powerful message from the armed forces’ public relations wing, ISPR, confirming “credible deterrence” or “full spectrum deterrence,” on “Youm e Takbeer,” 28th May, the anniversary of Pakistan’s 1998 nuclear tests, Pakistan’s rulers adopted a weak stance on nuclear posturing. Instead of scaring the shayateen away from the Hindu State, a bland, toothless press release was issued by the Prime Minister Office (PMO), after Imran Khan visited the National Command Authority (NCA) on 29th May 2021. Moreover, in glaring neglect of Pakistan’s hard-earned nuclear arsenal, it was Imran Khan’s first visit to any nuclear site since he became prime minister in 2018, without having chaired a single meeting of the National Command Authority, despite being its chair. This is in addition to a dangerously low frequency of nuclear missile testing, when vigorous research and development is the hallmark of active nuclear deterrence. Taking advantage of the Bajwa-Imran regime’s criminal neglect, the Hindu State is purchasing high-tech weaponry from US, France and Russia, whilst maintaining nuclear missile tests at a frequent and large scale, sending strong nuclear deterrence signals to both Pakistan and China.

O Muslims of Pakistan!  After betraying Allah (swt), His Messenger (saw) and the believers over the honor of the Messenger (saw), Al-Aqsa Masjid and Occupied Kashmir, the Bajwa-Imran regime is now marching on the path of betrayal of the nuclear capability of the Islamic Ummah. This betrayal is a direct consequence of the rulers of Pakistan persisting in alliance with the United States. Washington is undermining Pakistan’s formidable capabilities, so that the Hindu State rises as the regional dominant power, to counter both the Islamic revival in the region and China. Indeed, it is the alliance with America that is consistently destroying Pakistan’s capabilities. The words of the American agent General Musharraf on 19 September 2001 continue to haunt us. He scared us into siding with the US, claiming that, “our critical concerns are our sovereignty, second our economy, third our strategic assets (nuclear and missiles), and forth our Kashmir cause. All four will be harmed if we make the wrong decision.” However, it is now clear that alliance with the United States itself is what has brought harm to all our critical concerns, as it fights us and aids the Hindu State and the Jewish entity in fighting us. Moreover, what awaits those oppressors who ally with America in the Aakhira is even worse. Allah (swt) said,

“Allah forbids your alliance with those who fight you because of your Deen, and drive you from your homelands, or aid others to do so.” [Surah al-Mumtahina 60:9].

O Muslims of Pakistan’s Armed Forces! The Bajwa-Imran regime is now a clear and evident threat to our security, ideological, economic, military and nuclear. It is that traitorous faction that opens the doors of our fortress, so that our enemies can storm us, before pleading compulsion for surrender. Matters are not out of hand yet, so move before they are. Uproot the regime and grant the Nussrah to Hizb ut Tahrir for the immediate re-establishment of the Khilafah (Caliphate) on the Method of the Prophethood. It is only then that we will have a Khaleefah Rashid, Sheikh Ata Bin Khalil Abu Al-Rashtah, who will strengthen all our capabilities to set us firmly on the path to become the world’s leading state. It is only then that the Khaleefah Rashid will mobilize the armed forces of the Ummah, under a powerful nuclear umbrella, to liberate Al-Aqsa Masjid and Srinagar from cowardly occupiers. Allah (swt) said,

“Make ready against them all you can of force including steeds of war, to cast terror into the hearts of your enemy and the enemy of Allah.” [Surah Al-Anfal 8:60].