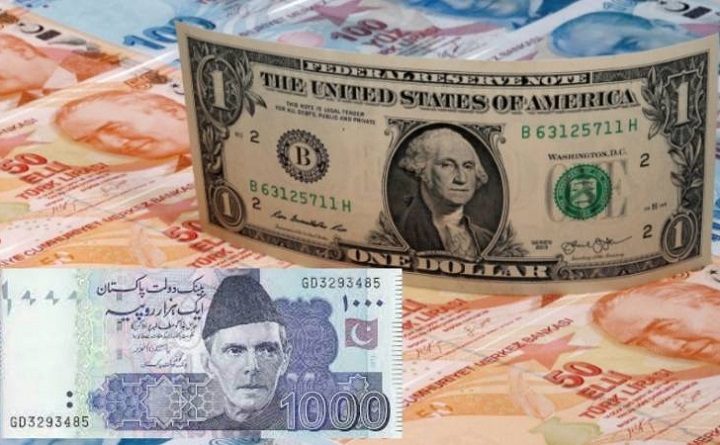 The Current Account Deficit (CAD) has increased by a whopping 81 per cent in August to $1,476 million compared to July during this fiscal year (FY22), mainly because of an ever-rising imports bill. Mr Tarin, Minister for Finance & Revenue, observed that the economy was in a state of growth and there was an increased demand for imports, deflecting criticism by saying, “As long as trade deficit is within a sustainable level, it will stimulate economic recovery.” https://www.dawn.com/news/1646953

Comment:
When the current PTI regime came to power in August 2018, Pakistan was facing a crisis with respect to the Current Account Deficit (CAD). Pakistan’s CAD was 18 billion dollars at the end of the financial year 2017-18. As the opposition of that time, the PTI under Imran Khan severely criticized the PML-N regime. It said that if CAD has not been reduced significantly, the country will soon face a crisis with regards to Balance of Payments, rendering it unable to fulfil international financial obligations. The PML-N regime explained the large CAD because of heavy imports under CPEC, as well as power plants to address the electricity shortage.

After assuming power in August 2018, the PTI regime embraced the IMF program despite pre-election claims otherwise. The IMF asked for the Rupee’s significant devaluation, so that imports become costlier, reducing their demand. However, without essential imports, Pakistan’s industry suffered, with the closure of industrial units and huge unemployment. Despite the domestic havoc, the IMF’s main concern was to ensure that Pakistan would not default, so that trust in international dollar-based finance remains intact. Once there was a current account surplus, as part of preparations for elections, the regime turned towards growth, just as the PML-N before it. So the CAD has soared, heading towards the same situation that the PTI inherited.

The deceit of Naya Pakistan has failed miserably. We are standing at the same place where we are in 2018, increasing the CAD which will force Pakistan to ensnare itself in yet another IMF program. Pakistan’s economic miseries will never end whilst remaining committed to the capitalist economic system and IMF. Pakistan needs a radical change which is the economic system of Islam under the Khilafah (Caliphate) on the Method of the Prophethood. The Khilafah will undertake a massive industrialization drive, ensuring import substitution. It will declare electricity, gas, and natural resources as public property which will further accelerate the process industrialization, as these essential industrial inputs will be available at affordable prices. It will end all un-Islamic taxes such as GST and excise duty, which will reduce the cost of production and making our goods competitive in international markets. It will delink currency from the dollar, making it based on gold and silver, thereby ending dependency on dollars. So the way forward is not to increase exports, remittances, foreign exchange reserves or foreign direct investment. The only way forward is a complete and comprehensive change under the Khilafah.

“There is not a single moving creature on the earth but Allah is responsible for providing its sustenance. He knows where it dwells and where it will permanently rest. All this is recorded in a clear Book.” [TMQ Surah Hud 11:6]