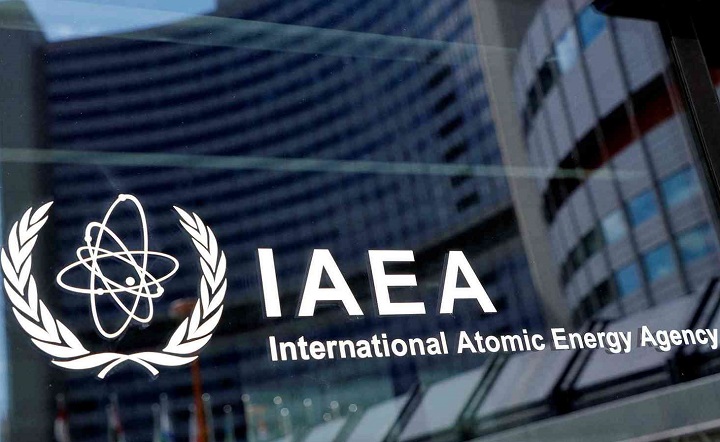 Tehran and the International Atomic Energy Agency agreed on the parameters for monitoring Iran’s nuclear facilities.

Rafael Grossi, IAEA Director General: “… This is the IAEA’s access to video cameras at nuclear facilities in Iran. We need this to provide information and guarantees both to the IAEA and to the whole world that everything is in order.” https://ru.euronews.com/2021/09/12/iran-nuclear-talks

Comment:
With the advent of the Biden administration, attempts by Western countries to drive Iran’s nuclear program into an enslaving agreement again intensified.

The problem of the Iranian nuclear program has been actively discussed on the world agenda for almost 20 years.

To this day, Iran has never developed a nuclear weapon. All this indicates that the rulers of Iran are not concerned about inventions of this type of weapon in the “Islamic” republic.

This is confirmed by the fact that just a few days ago, Iran representative called the IAEA to remain neutral, noting that in the absence of a deal, demands to stop uranium enrichment are illegal.
In other words, he said that Iran is ready to comply with the requirements of international players if a new deal will be agreed.

The dictate of unbelieving superpowers over Muslims is prohibited by the following words of Allah Almighty:

(وَلَن يَجْعَلَ اللّهُ لِلْكَافِرِينَ عَلَى الْمُؤْمِنِينَ سَبِيلاً) “And never will Allah grant to the unbelievers a way (to triumphs) over the believers.” [4 141]

Before that, we witnessed how America under Trump administration unilaterally withdrew from the previous deal, despite the fact that the United States was its initiators. Because of this US demarche, which cannot be called anything other than a slap in the face to the Iranian leadership, it was supposed that Iran rulers will not agree any deals with so called Western “partners”.

However, this is not happening and will not happen, because the true goal of the past and present rulers of Iran is not to create modern effective nuclear weapons. The real goal is to bargain for various diplomatic and economic handouts from the International Community.

Tehran ruvaybidat (worthless rulers) for decades scare others with praparings to invent nuclear weapons, but they are actually turning their nuclear program and alian rhetoric against the Western world and the “great Satan” (the United States) tool for obtaining handouts from so called International Community.

And this is at the same time when possession of modern weapons, including nuclear weapons, is imputed by Allah as a duty for Muslims, due to the fact that only it frightens the enemy.

Allah Almighty says in the Qur’an:

“Prepare against them as much force and war horses as you can to frighten the enemy of Allah and your enemy.” [8:60]

Instead of abandoning domestic capitalism and international shackles in foreign policy, uniting Muslims and enforcing Sharia law, Iran’s rulers are sending their thugs to Iraq, Syria, Yemen and Afghanistan in the interests of Western countries.

The rulers of Iran are ruvaybidat (worthless rulers) who, in words, are fighting the “great shaitan”, but in fact are his most reliable agent in the Middle East, along with Saudi Arabia, Turkey and other puppet countries that emerged in the Islamic world on the ruins of the Ottoman Caliphate.