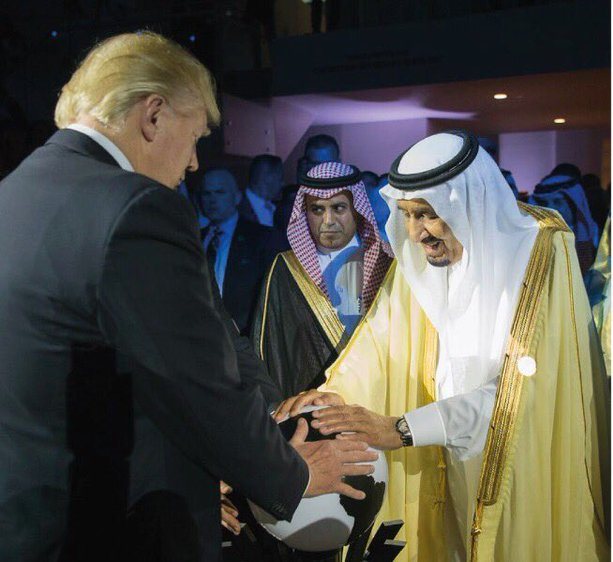 “Whosoever intercedes for an evil cause will have a share in its burden. And Allah is Ever All-Able to do (and also an All-Witness to) everything.”

The evil which is taking place in Yemen is clear for all to see. It has become a “living hell” for children, to put it in the words of Geert Cappelaere, the regional director for Unicef. A place where an estimated 130 children die every day from starvation and disease.  The situation will most likely worsen, with intensifying fighting and a continuing blockade on the country’s ports of entry.

The real victims of this conflict, the innocent Muslim children, woman and elderly are the ones paying the highest price for a conflict that isn’t their own. It has become clear that this is an Anglo-American conflict, who with the help of their puppets, who they have situated as the Muslims leaders of today, are fighting a colonial war for their masters in an attempt to secure “their” land and resources.

Many Muslim countries with their treacherous leaders are involved in this conflict, with the mainly American funded state Saudi Arabia being the greatest force behind this war. They have formed a coalition of Arab states to defeat the fighting party in this war, the Houthis. The following Muslim countries are involved in this war and are either in support of the Saudi coalition or the Houthis. These include Kuwait, the United Arab Emirates, Bahrain, Egypt, Morocco, Jordan, Sudan, Senegal, Egypt, Iran and Pakistan.

The US themselves have launched many air attack targets in Yemen and they have supported the Saudi-led coalition warplanes by providing them the weapons, such as the one used in the killing of 40 boys going on a school trip, the 227kg laser guided bomb made by Lockheed Martin. Also the US Navy have several ships nearby, including an amphibious assault ship called the USS Boxer and two destroyers. Both the UK and France have supplied the war with weapons and intelligence

What should worry every Muslim, is that these innocent Muslim lives are being taken and starved to death at the hands of other Muslims, through decision made by the disloyal rulers of the Muslim world. Rulers who have lost their concept of Love and Hate for the sake of Allah (Al Wala’ Wal Bara’).

Allah’s Messenger ﷺ said, «الْمُسْلِمُ أَخُو الْمُسْلِمِ، لاَ يَظْلِمُهُ وَلاَ يُسْلِمُهُ، وَمَنْ كَانَ فِي حَاجَةِ أَخِيهِ كَانَ اللَّهُ فِي حَاجَتِهِ، وَمَنْ فَرَّجَ عَنْ مُسْلِمٍ كُرْبَةً فَرَّجَ اللَّهُ عَنْهُ كُرْبَةً مِنْ كُرُبَاتِ يَوْمِ الْقِيَامَةِ، وَمَنْ سَتَرَ مُسْلِمًا سَتَرَهُ اللَّهُ يَوْمَ الْقِيَامَةِ» “A Muslim is a brother of another Muslim, so he should not oppress him, nor should he hand him over to an oppressor. Whoever fulfilled the needs of his brother, Allah will fulfill his needs; whoever brought his (Muslim) brother out of a discomfort, Allah will bring him out of the discomforts of the Day of Resurrection, and whoever screened a Muslim, Allah will screen him on the Day of Resurrection.”

We can see the true meaning of Al Wala’ Wal Bara in the following historic event which took place during the reign of Ali (r.a.). There was a conflict in a matter between the Sahabah Mu’āwiyah (Governor of Al Shams) and the then Caliph Ali (May Allah be pleased with them both). The leader of the Roman empire, Ceaser became aware of this conflict and wished to use it for his own benefit. So he wrote Muáwiyah (r.a.) a letter:

Caesar of the Romans to Muawiyeh: “We know what occurred between you and Ali (Ibn Abi Talib), and we see that you are worthier of the Khilafah, so if you order me, I will send you an army that will bring you the head of Ali.”

Response from Muawiyah to Heraql: “Two brothers dispute and what is it to you to enter between them? If you are not silent, I will send you an army that starts with you and ends with me, that will bring me your head so I can gift it to Ali.”

Even though Muawiyah was in a conflict with Ali (r.a.) and he was promised support by the Roman leader to gain power for himself. He remained true to his belief, true to his covenant to Allah (swt). Such is the response of a true Muslim leader unlike the current puppets who call themselves the rulers of the Muslim land.

Al Wala` Wal bara (loyalty and disowning) are amongst the important concepts of Islam which every Muslim must understand and hold close to their hearts. In essence it means the loyalty to Allah, to His Messenger and to the believers, and the disassociation from disbelief, the disbelievers and all those who aid them in any way. Allah (swt) says in the Quran: يا أيها الذين آمنوا لا تتخذوا اليهود والنصارى أولياء بعضهم أولياء بعض ومن يتولهم منكم فإنه منهم إن الله لا يهدي القوم الظالمين O you who believe! Take not the Jews and Christians as Auliya (friends, protectors, helpers), they are but Auliya of each other. And if any amongst you takes them (as Auliya) then surely, he is one of them. Verily, Allah guides not those people who are Zalimuun (oppressors).” [Al-Maa’ida: 51]

How great is the need for the ummah to account our rulers who rule and govern by other than what Allah (swt) has revealed. To stand with our brothers and sisters in Yemen in opposition to our rulers. So we can prevent them from conspiring further against our brothers and sisters, to stand against their oppression and take a firm hold of them whatever it should cost in terms of sacrifices.