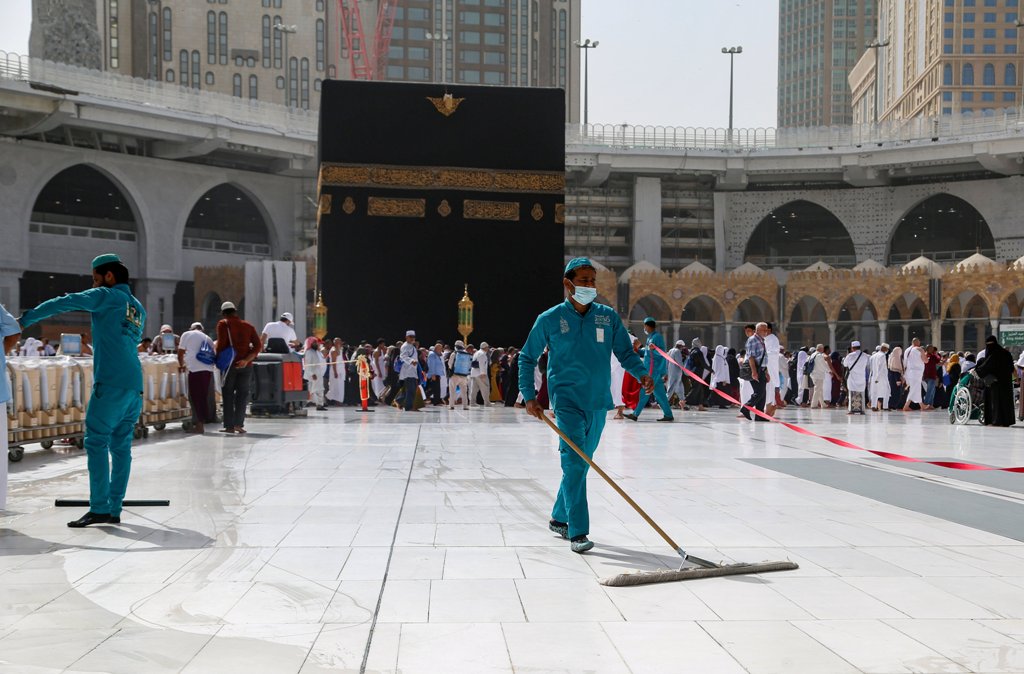 “Don’t use your religion to cover up your stupidity”. It was a comment coming from the Singapore Incidents Facebook page on March 21, 2020, with regards to a protest held in Indonesia. The protesters rejected the cancellation of a large event of the Tablighi Jama’ah in Gowa South Sulawesi, Indonesia, and said “We are more afraid of God than Corona”. 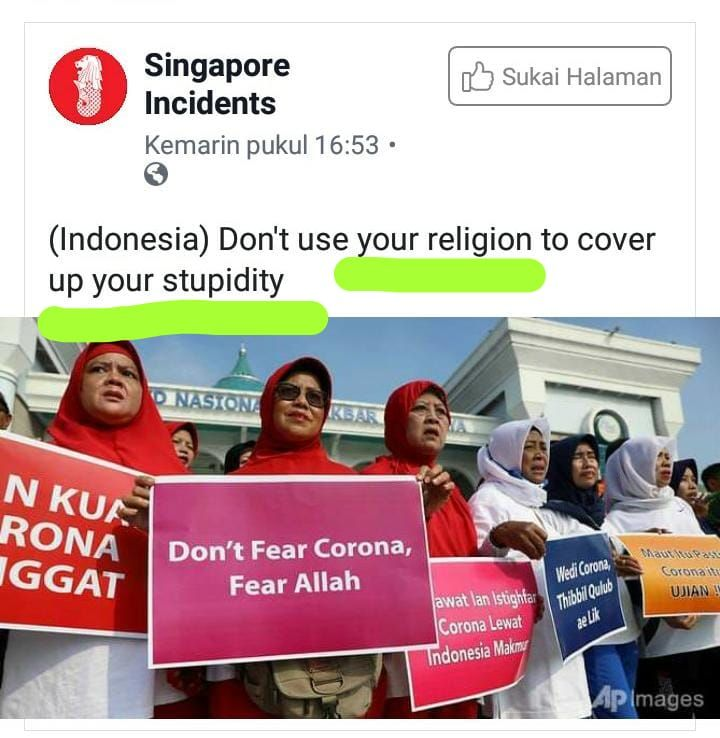 The debate around the handling of the Corona pandemic virus (Covid-19) has arrived at the front door of the Muslims’ faith and belief. Secularists, such as the Singapore community mentioned above, are always playing tricks to give a negative image that the aspect of belief is close to ignorance and occultism, while the secularists, especially in the West and developed countries, are worshippers of reason and empiricism.

Islamic principles are certainly in contrast to secularism. It is precisely the strong and productive Islamic iman that must remain to affect our reasoning in a healthy manner. This means that having iman (being a believer) does not mean losing our rationality. Meanwhile, having iman makes us bear the consequence of the attachment of Shariah law to our behavior. This factor of iman makes Muslims special, even better than other people. The quality of a strong and productive iman is an effective recipe for the people in facing various ordeals and disasters in various countries.

How to place our iman in the midst of this global pandemic? There are two important notes that need to be discussed in regards with the case above.

Firstly, the importance of establishing iman through rational way (aqliyah). Shaykh Taqiyuddin An Nabhani once warned this that there would be dangerous if one has iman only with wijdan (feelings) for it can cause him to stray away (from correct belief) to infidelity and ignorance. Any clash between our activities of thinking, iman, and behavior as Muslims shows that we still don’t fully embrace iman. Fearing of Corona – Allah’s creation – does not mean we do not have iman in Almighty Allah.

We see that the Qur’an draws our attention to things that can be sensed – all of them are imperfect, weak, and dependent – to prove the existence of a Creator, Allah (swt). There are hundreds of Qur’anic ayat expressing this meaning, for example: إِنَّ فِي خَلْقِ السَّمَاوَاتِ وَالْأَرْضِ وَاخْتِلَافِ اللَّيْلِ وَالنَّهَارِ لَآيَاتٍ لِّأُولِي الْأَلباب “Indeed, in the creation of the heavens and the earth and the alternation of the night and the day are signs for those of understanding.” [Al-i Imran, 3:190]

Secondly, Islamic Shariah has rules for how to respond when there is an outbreak. Outbreak of disease had never occurred at the time of the Prophet Muhammad ﷺ, but he had taught how his ummah should respond if it happens. The Prophet ﷺ said, «إِذَا سَمِعْتُمْ بِالطَّاعُونِ بِأَرْضٍ فَلَا تَدْخُلُوهَا وَإِذَا وَقَعَ بِأَرْضٍ وَأَنْتُمْ بِهَا فَلَا تَخْرُجُوا مِنْهَا» “If you hear of an outbreak of plague in a land, do not enter it, but if the plague breaks out in a place while you are in it, do not leave that place.” (Narrated by al-Bukhari).

This hadith explains the prohibition of entering a pandemic area, so one will not be infected. Likewise, those who are inside this area cannot leave, so they won’t infect others – in exception of seeking treatment. In our history, an outbreak occurred during the era of Khalifah ‘Umar, in the area of Amawash, near Palestine, the Sham region. Umar also obeyed Shari’ah by carrying out this hadith principle by canceling his departure to the location of the plague.

So to conclude, these two simple notes may strenghten our faith and make it productive, not losing rationality and at the same time not losing the courage to prove to the world that Muslims are strong in facing this Coronavirus with their iman!

Thus, Islam comes with a comprehensive set of laws to address every problem  happening to humanity, whenever and wherever. This perfection of Islamic sharia is confirmed by the One Who is Perfect, Allah (swt). Therefore, it is impossible to find any flaw in it, no matter how small it is.