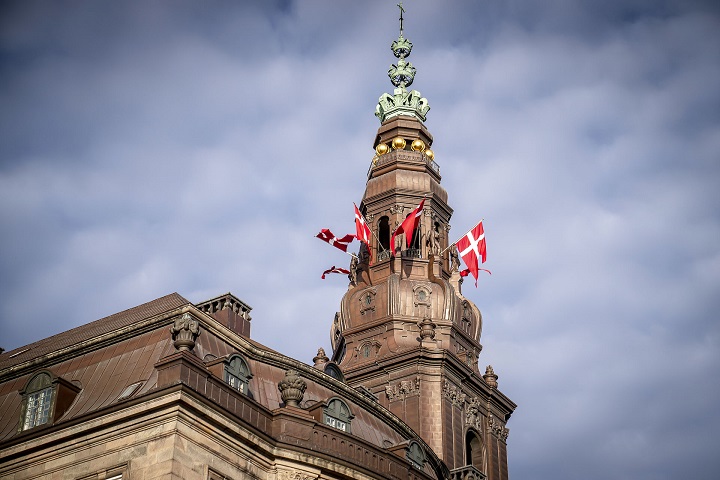 Parliamentary elections have been called in Denmark, and this means that various political parties and some candidates will try to win the votes of some Muslims and urge them to participate in the elections.

At a time when the pressure on Muslims is intensifying, the combination of fear and misunderstanding can lead some to vote in the elections, having false hopes that their participation will improve the conditions of Muslims, or prevent the situation from deteriorating from bad to worse… Therefore, we found it necessary to clarify the following matters:

O Muslims: The boat of democracy is about to sink, one election after another has proven that the stakeholders are the winners. Many studies have shown that the confidence of the Danes in their politicians has reached its lowest levels, as well as in their confidence in the democratic system itself. The same is found in Western countries in general, as they are looking for an alternative to the oppressive capitalist system. And you Muslims have this alternative! Therefore, it is not right for you to admit by word or deed the Kufr (infidel) democratic regime, which has practiced deception on humanity for two centuries.

You, as the supporters of the call of Islam, who carry a sincere view of life and divine legislation, are required to call to Islam in thought and system, not acknowledging non-Islamic ideas and systems.

Instead of running after secular parties and their candidates, we should work together away from these parties, to preserve Muslims, and to adhere to the principles of Islam and to take care of the interests of the Muslims ourselves. Instead of trusting a secular political system, we must work to create confidence in the system of Islam, and to convey the message of Islam to the Western society that suffers greatly from the system that controls it and because of which economic, social and political crises are constantly present.

O Muslims: The great victory in this life and the Hereafter is in complete submission to Allah Almighty. Our loyalty is never determined by where we are in this world. Rather, it should be to Allah, His Messenger and our Islamic Ummah.

The path that we must take as Muslims is to protect our values and our identity, and to stand in the face of the ferocious policy of integration practiced by successive governments. We must stand together as guardians of Islamic values in the face of anti-Islamic propaganda and to call for Islam in the society around us. As Muslims, we must focus that Islam would be the flame that enlightens the path of everyone, especially those who are looking for real values and practical solutions.

We in Hizb ut Tahrir invite you all with sincerity to stay away from secular democracy that contradicts your true religion, and to work with us politically and intellectually in calling for a complete and integrated Islam, and to work to preserve our Islamic identity, and to participate in the work of restoring the ruling system in Islam through the establishment of the second Khilafah Rashidah (rightly-guided Caliphate) on the method of Prophethood.

“O believers! Respond to Allah and His Messenger when he calls you to that which gives you life.”[Al-Anfal: 8-24]