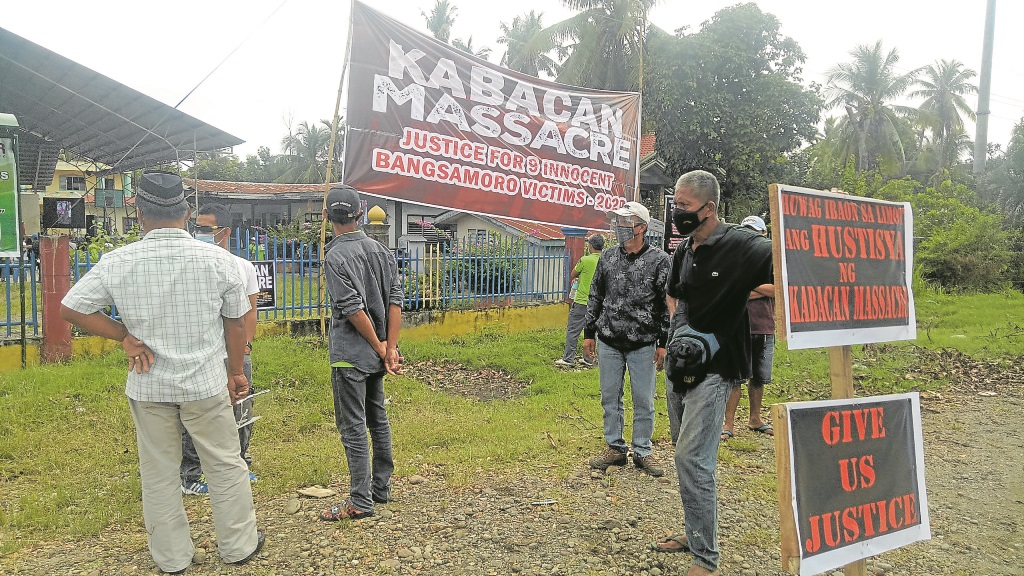 Manilla Bulletin reported nine Muslim Moro farmers were killed in Kabacan, North Cotabato, Philippines on 29th August 2020. This massacre has sparked outrage among Muslim communities. Policemen were involved in daytime massacre of these Muslim famers based on a dying declaration of one of the victims, according to the regional director of the Commission of Human Rights in Region 12 (CHR-12).

Relatives of the ninth victim told CHR-12 investigators before he died in the hospital that policemen stopped and shot them. “This dying declaration of the victim who managed to speak to his relatives before he died alleging policemen were behind the killings will be very important to the case.”  CHR-12 is treating the massacre of nine Muslim Moro farmers as “extrajudicial killings”.

The Bangsamoro Autonomous Region in Muslim Mindanao (BARMM) has announced it will conduct a probe on the killings even if it is outside its jurisdiction, noting that “all of the victims were identified as Bangsamoros.”

In a statement posted on his Facebook account, Sammy Al Mansor, chief of staff of the Bangsamoro Islamic Armed Forces (BIAF), condemned the killing, saying that it was a massacre. The incident he said “reminds us of the dark period in our not so recent past, when the Bangsamoro people were besieged and beleaguered in their very own ancestral homeland, by forces who are privileged with impunity and assured of unbridled movement in the senseless and brutal murder of unarmed civilians. Multiple murder at high noon in a provincial road intimates confidence that no one will stop them, and no one will run after them.” He stated.

Although currently the Moro Muslim minority in the Philippines has its own autonomous government under the umbrella of the Bangsamoro Organic Law which is part of the peace agreement between the Moro Islamic Liberation Front (MILF) and the Philippine government, it turns out that the security of Moro Muslims remains at large risk. Indications of police involvement in the massacre in Kabacan shows the lack of safety measures for the lives of the Muslim Moro though written in the provision of the Bangsamoro Organic Law Section 12 of Article VI states that “The National Government shall ensure the protection of the rights of the Bangsamoro people residing in communities outside the Bangsamoro Autonomous Region”.

This is because Bangsamoro’s independence is pseudo independence; they cannot have their own military and police forces, even though they have absolute control over the economy, including its own judicial and parliamentary system, but the Bangsamoro government must still comply with the provisions of the Philippine Constitution. This autonomy law, in fact, will never create essential independence for minority Moro Muslims, including Muslim women and Moro children who have been oppressed for decades and more than 120,000 Moro Muslim lives have been lost for nearly 50 years. Any law offered by the secular kufar regime will in fact not allow Muslims to place al-Qur’an as its highest constitution although given more authority in economic policy and a bit of sharia law authority. This law is simply a trap to tame Muslims to become more moderate and pragmatic. All the efforts made by Duterte and international institutions boils down to one goal, namely that Islam should not be upright in the southern Philippines.

Nothing is different with our brothers in Kabacan area, as typical other predominantly non-Muslim countries where discrimination against Muslim minorities is very strong. The Moro Muslims in southern Philippines are not exception. Compared to their non-Muslim fellow citizens, many Muslims who live on Mindanao Island are far behind in their lives. This is because the Philippine government regards them as rebels. Even though the region is the most fertile and rich area with natural resources in the Philippines, but the facts show, this region has become the poorest region in the country with no development, after the conflict that began four decades ago. The Philippine government has forbidden Muslims to rule in their own territory and control their wealth.

Quoting al Manshoor statement “Multiple murder at high noon in a provincial road intimates confidence that no one will stop them, and no one will run after them” left us one basic question. Why the lives of Ummah Muhammad are so worthless in this modern era? Whereas our noble Prophet ﷺ said: «لَزَوَالُ الدُّنْيَا أَهْوَنُ  عِنْدَ اللهِ مِنْ قَتْلِ رَجُلٍ مُسْلِمٍ» “For Allah, killing a believer is worse than destroying all the earth.”  (Narrated by An Nasa’i)

Recently under Duterte leadership, the regime is more and more repressive against Muslims on behalf counterterrorism agenda. For decades, they have been helpless victim of predatory Kuffar ruler who are allowed to exist by the world system that discriminates against Muslims. As long as the world system is still like it is today, undoubtedly the suffering of the Ummah of Muhammad ﷺ throughout the Islamic world would never end. It is because the root problem of all this suffering is nothing but the absence of Khilafah which is the shield for Muslims that would eliminate the hegemony of the Kuffar on the Muslims and protect the honor of Muslim women and children throughout the Islamic world. Recall the words of the Prophet ﷺ: