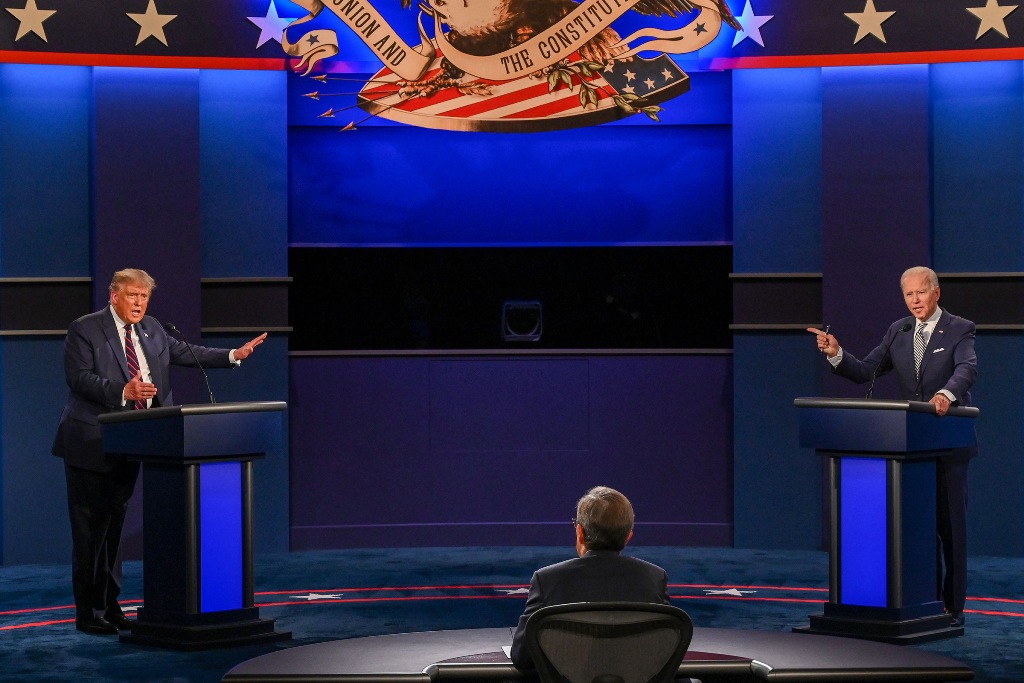 US VP Debate Highlights Misalignment between Trump and his own Administration

It is a basic characteristic of the Western ruling system that all power is not in the hands of the elected ruler and that instead the government generally follows ‘establishment’ policies that remain largely unchanged from one administration to the next, although each ruler does employ his own unique approach in pursuing those policies. In the case of US President Trump, a clear divergence is apparent between his own policy positions and those of his administration, which are bound by the US ‘establishment’ behind which stands the American capitalist elite.

Commentary on the US Vice Presidential debate this week at slate.com highlights how the policy position of US Vice President Mike Pence, and indeed that of the Trump administration in general, diverges significantly from President Trump himself. Although Pence did praise Trump on multiple issues such as moving the US Embassy to Jerusalem, imposing upon NATO allies to increase defence spending, strengthening US alliances in the Asia Pacific against China, destroying ISIS, and launching the strike that killed Qassem Soleimani, he did not mention numerous other key Trump foreign policy positions such as his nuclear diplomacy with Kim Jong-un, the trade deal with China, securing Syrian oil for America, or more importantly withdrawing US forces from foreign engagements. In reality these latter positions have been adopted by Trump for public consumption only and do not represent actual American policy objectives.

Another example of this divergence is pointed out in the Guardian. Hours after the debate, Trump announced on Twitter that he wishes to bring home all US troops from Afghanistan before the end of the year, while officials in his administration not only had no prior knowledge of this but in fact said that doing so would be impossible. As the Guardian points out, Trump has made such claims repeatedly in the past only to be persuaded by the Pentagon to leave some troops behind. This time, Trump will not have to make such a concession until after the 3 November election; his announcement is just one more political lie to strengthen his voting base.

American foreign policy is primarily based on the West’s secular liberal ideology, which is necessarily imperialist in its view towards other countries. This is because when secular liberalism is applied at the level of the nation state then it impels countries to pursue material interests abroad, a position that inevitably results in imperialism, whether formally, as with the empire-building of the past, or informally, as happens today under such slogans as ‘globalisation’ or ‘nation building’. In practice, Western foreign policy is determined primarily by this ideology, then by long-term establishment policies and only finally by the choices of the ruling incumbent. America has no intention of leaving Afghanistan after expending so much blood and treasure in securing it. All that America wishes is to transfer responsibility for Afghan domestic affairs to a local puppet government, leaving the US free to exploit its position in Afghanistan’s impregnable mountain fortress to further dominate the entire region and provide a significant forward base against Russian and Chinese expansionism.