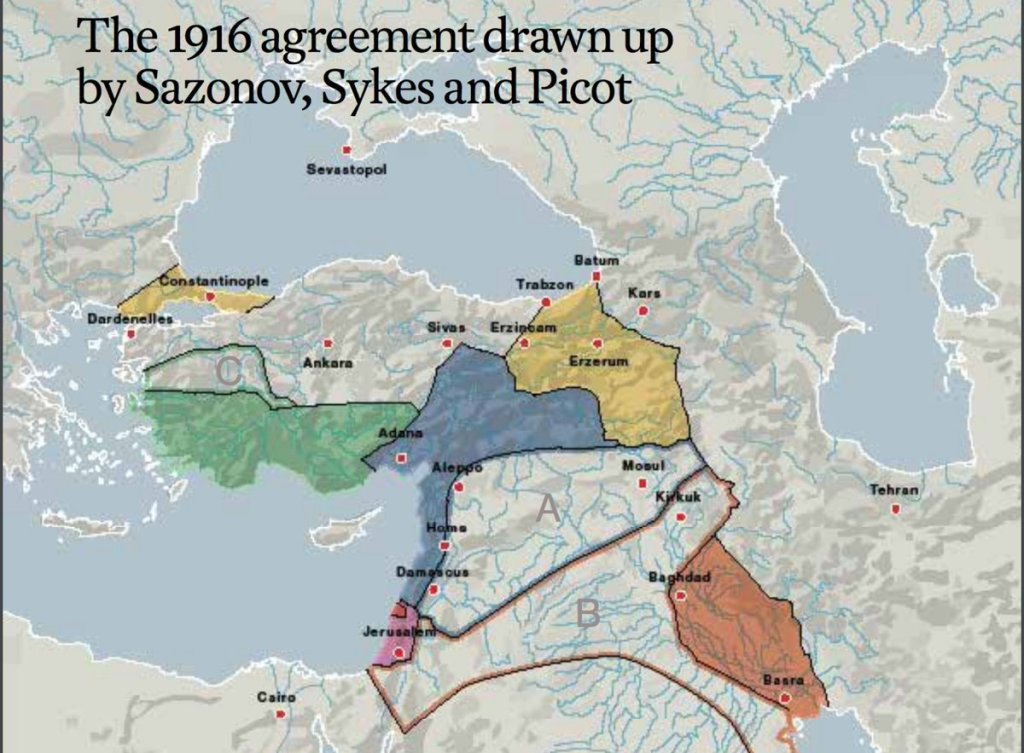 The World Wars wrought havoc on the Western system; the empires collapsed and the number of nation states rose exponentially. This rise was hailed as a victory for people across the world; we were no longer at the mercy of the European powers, but we finally had our rights and could rule in accordance to what was best for us. The states in Africa, Asia, and the Middle East could elect their own rulers. So, apparently they had the power to escape Western rule.

All this happened in the 20th century. The years since then have shown all this to be false. The rise of nation states didn’t help us- it hurt us, and it acts as a shield for the Western system. It created divisions in societies across the world, solidifying the tensions that were left behind by the colonialist divide and rule policy. This impacted every society, across the world- Muslim and non- Muslim.

The result is that we are living in the world where people naively believe that they are free from Western rule. The reality of the current political system, and the decisions that emerge as a result, show that that is far from true.

The Muslims greatest strength has always been in their unity. Borders didn’t break up the Muslim Ummah. We were united in our thoughts, our trust in Allah and our resources.

The Colonialists attacked our thoughts and they divided us by cutting up the Muslim Ummah with nation state borders, installing rulers who continuously hold us back and encourage loyalty to nationalism above and beyond our loyalty and responsibility to Allah, His laws and the Muslim Ummah. They then keep Islam in the background, bringing it to the forefront in their speeches and words when it suits them. As a result, they aren’t quick to respond to threats to the Muslim Ummah and threats to Islam.

The examples of these threats and of the realities that we face are immense.

In each of these instances, the nation state borders are used as a reason for the lack of solutions to problems. The international system places limits on the responses of the states, with the excuse of ensuring that the states across the world can work together in harmony and avoid war. But this is not done with the interests of the people in mind- it is done to ensure that the liberal system, with its focus on nation states as a source of power is maintained.

The Islamic State doesn’t have borders- and its prime objective is the protection of Islam and the Muslim Ummah.

Under the Islamic State, there are no borders- the entire Muslim Ummah is connected, with one Khaleefah who protects Islam and the Muslim Ummah, ensuring their rights are fulfilled and their basic needs are fulfilled. Under the Khilafah, (Caliphate) you would have:

In order to ensure that the situation changes, that we don’t turn on the news and see atrocities taking place on a daily basis, we need to change the system. This change would mean abolishing the nation states and Restablishing the Islamic state on the method of the Prophethood. As we saw from the famous Hadith of the Prophet ﷺ, when he rejected the Quraysh’s offer to continue their rule alongside the rule of Islam; «لَوْ وَضَعُوا الشَّمْسَ فِي يَمِينِي وَالْقَمَرَ فِي شِمَالِي عَلَى أَنْ أَتْرُكَ هَذَا الْأَمْرَ حَتَّى يُظْهِرَهُ اللَّهُ أَوْ أَهْلِكَ فِيهِ مَا تَرَكْتُهُ» “If they put the sun in my right hand and the moon in my left on condition that I abandon this course, until God has made me victorious, or I perish therein, I would not abandon it.”

Make no mistake- the protectors of the liberal system understand this, which is why they continuously launch attacks against Islam. Making both Muslims and non-Muslims fear the idea of a ‘political Islam’. They understand that when the Islamic state returns, it would be an end to the current system. They also understand that the Islamic state wouldn’t only receive the support of Muslims, but it would also receive support from non-Muslims, as it is only Allah’s laws which truly ensures that every citizen of the Khilafah is treated fairly and given their basic rights. History holds numerous examples of all of this. Now, the proponents of the Western system are scared that history will repeat itself after spending centuries working tirelessly against Islam and destroying people’s trust in it.

“The children of Israel were ruled over by their Prophets. Whenever a Prophet died another Prophet succeeded him. But there will be no Prophet after me. There will be Khulafa’ and they will number many.” They asked: ‘what then do you order us?’ He said: ‘Fulfil the Bay’ah to them, one after the other and give them their dues, for Allah will verily account them about what he entrusted them with.’” (Sahih Bukhari #3455)