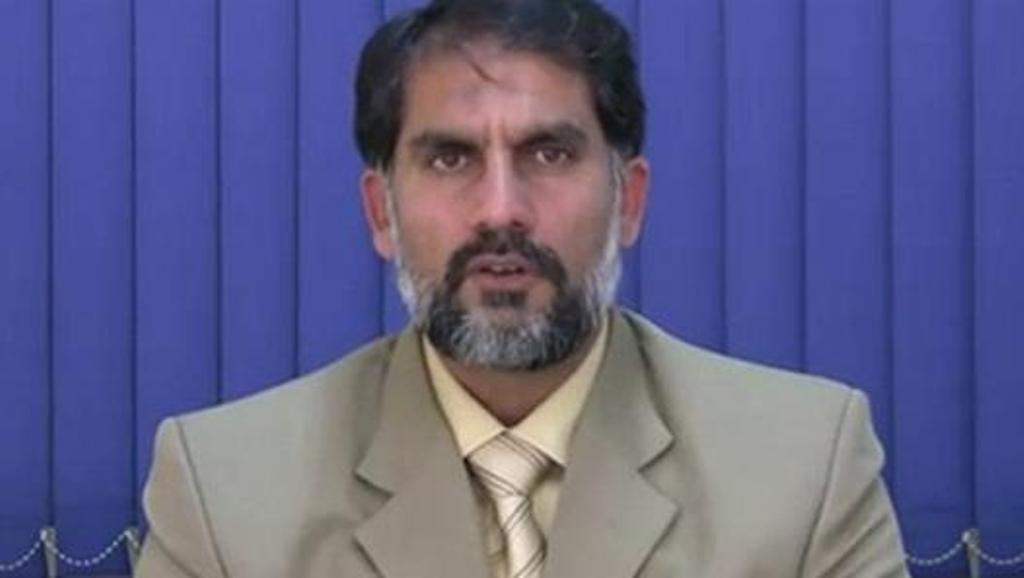 The reader may surmise from the title that I am exaggerating in praise or eulogizing a legacy. However, it is certainly not the case. My close association with Naveed Butt compelled me to describe him as a lion. It is indeed the appropriate characterization in his case. I am compelled to ascribe bravery and courage to Naveed due to his defiant confrontation of the secular system that weighs crushes the Muslims of Pakistan. The severe tyranny of the system never invoked fear within Naveed. In this respect, Naveed is like the lion of the Ummah, Hamza bin Abdul Muttalib (ra), the uncle of the Prophet ﷺ who struck Abu Jahl in his face in the precincts of the Holy Kaaba, in plain sight of all the people over whom Abu Jahl imposed his authority and arrogance.

At a time when many, including the influential and the Ulema, were afraid to carry the call for Khilafah, Naveed used to carry the call with his real name and not an alias. Naveed did so despite being the spokesperson of the party that is at the top of lists of those brutally persecuted by the thugs of the current regimes in the Islamic world, just as the Companions (ra) of the Prophet ﷺ were oppressed, pursued and tortured by the Kuffar of Quraish. Thus, Naveed is deservedly described as the lion amongst the lions of the Ummah, the progeny of the Lion of Islam, the uncle of the Final Messenger and Prophet ﷺ.

The reader may come to consider Naveed’s personality as brave alone, enabling him to challenge the regime and re-establish the Khilafah (Caliphate) on the Method of Prophethood in its place. In reality, bravery is just one facet of his personality, for he was endowed with the complete personality of a true leader. Indeed, it is not sufficient for a true leader to be brave alone, for he must also possess the characteristics of wisdom and awareness. Such is Naveed Butt.

I would like to relate an example of Naveed’s wisdom and awareness that strikes me until this day. It is the opinion of Naveed, in the early 2000s, about the colonialist project to weaken the strong Islamic countries, including Pakistan. At the time, under Musharraf, Pakistan was a powerful state that carried out strong political and military actions in favor of the United States in the region, particularly in Afghanistan. It was at a time when India was shaken by fear of the strength of Pakistan and its mujahidin soldiers. I wondered how Naveed reached this truthful conclusion, which did not become clear to the general public, politicians and thinkers, until well after the Baker-Hamilton Commission under George Bush Junior. Perhaps there is little reason to wonder, upon closer scrutiny.

The reason for Naveed’s awareness of the plan to weaken Pakistan economically and militarily, whilst destroying it culturally and socially, is due to his dedication in taking care of the affairs of the people, his diligent pursuance of the ongoing events locally, regionally and internationally, and his linkage of these events with what was happening on the ground. Thus, he reached this truthful conclusion, even though many political analysts, research and strategic centers, including those within Pakistan’s civilian government and military, had yet to arrive at this conclusion. Not one of them issued any warning about the policies adopted by the successive regimes of the Pakistan government; destructive policies that aimed from the first day to destroy Pakistan’s strength, making it a banana republic under the control of America, gradually reducing its capability until it is unable to support the weak in Occupied Kashmir, let alone liberate Occupied Kashmir.

Naveed is in the protection of his Lord (swt), the Most Merciful, the Most Benevolent, the All Mighty, the Supreme, and the Majestic. We do not fear for the one who is with his Lord (swt), who is the Most Kind. Whatever happens to our brother Naveed, it is the will of Allah (swt). There is no doubt that he will have great reward in the Hereafter. Naveed is amongst the people of Deen and Iman as indicated by the hadith narrated from Musab bin Sa’d from his father who said, “O Messenger of Allah! Which of the people is tried most severely?” The Prophet ﷺ replied, «الأَنْبِيَاءُ ثُمَّ الأَمْثَلُ فَالأَمْثَلُ ، فَيُبْتَلَى الرَّجُلُ عَلَى حَسَبِ دِينِهِ ، فَإِنْ كَانَ دِينُهُ صُلْبًا اشْتَدَّ بَلَاؤُهُ ، وَإِنْ كَانَ فِي دِينِهِ رِقَّةٌ ابْتُلِيَ عَلَى حَسَبِ دِينِهِ ، فَمَا يَبْرَحُ البَلَاءُ بِالعَبْدِ حَتَّى يَتْرُكَهُ يَمْشِي عَلَى الأَرْضِ مَا عَلَيْهِ خَطِيئَةٌ» “The Prophets, then those nearest to them, then those nearest to them. A man is tried according to his Deen; if he is firm in his Deen, then his trials are more severe, and if he is frail in his Deen, then he is tried according to the strength of his Deen. The servant shall continue to be tried until he is left walking upon the earth without any sins.” (Tirmidhi). Our brother Naveed has only lost from the enjoyment of this world, which is no more than a delusion about enjoyment. The truth is that the people of falsehood are the losers in the struggle between truth and falsehood, for even if the time extends in their favor, it will end. Indeed, the punishment in the Hereafter is greater than any other punishment which they inflict upon the carriers of Dawah. RasulAllah ﷺ said, «إِنَّ اللَّه لَيُمْلِي لِلظَّالِمِ فَإِذَا أَخَذَهُ لَمْ يُفْلِتْهُ» “Verily, Allah gives respite to the oppressor. But when He seizes him, He does not let him escape.” [Bukhari, Muslim]