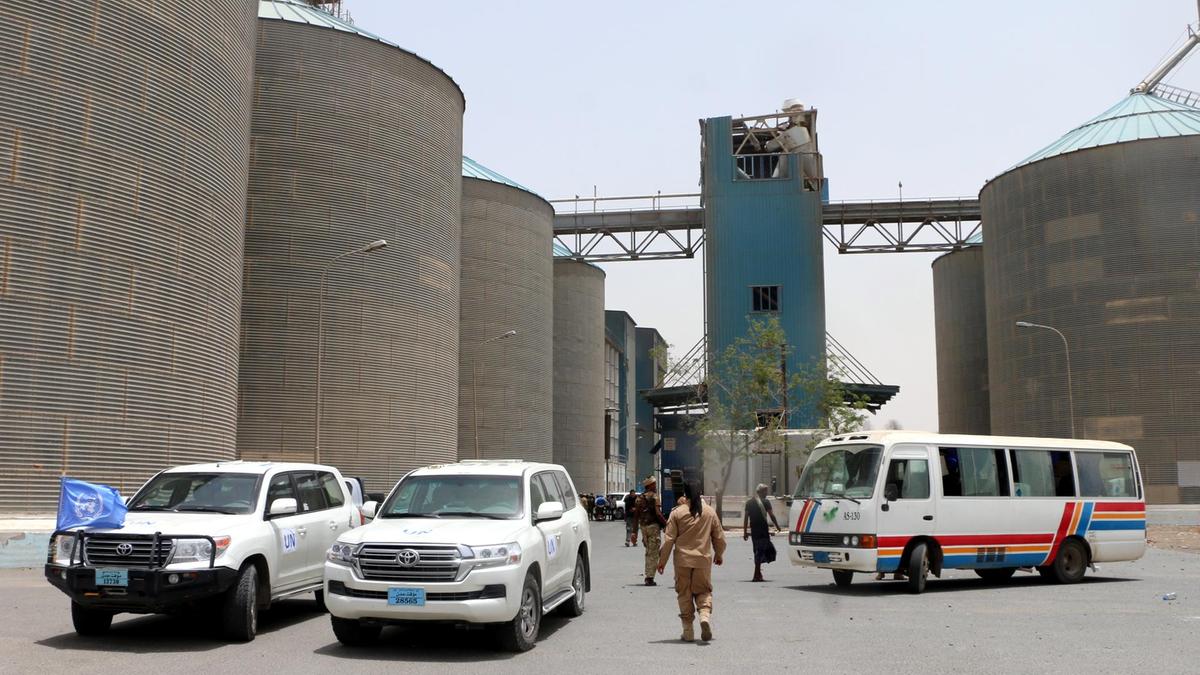 As he did not bring them Economic Prosperity with his Revolution

On 11/15/2020, Al-Thawra Newspaper reported the inauguration of the General Organization for Propagating Improved Seed in Dhamar Governorate, the harvest of modified seeds from wheat. The newspaper showcased parts of Abdul-Malik Al-Houthi’s speeches on food self-sufficiency, such as “Yemen is an agricultural country of various crops and has a diverse environment that helps integrate and provide what people need in terms of food and sustenance,” and his emphasis on “the importance of preserving arable areas in the various governorates of the Republic in order to achieve Food Security for the Yemeni people…”.

What is noticeable from Abdul Malik’s excerpts, however, is the absence of any plans to direct the Political Council and the Ministry of Agriculture to implement on the ground concerning the expansion of grain cultivation to achieve food security. This is evidenced by the fact that the idea of establishing an improved seed multiplication institution was planned and funded from abroad. Hence, Yemen is kept connected to the outside in its power, the institution’s goal of doubling production like the expansion in many governorates will not be achieved, and it will remain in the grip of that foreign party, where it will reach a certain number further below self-sufficiency and will stop there.

Abdul-Malik, his political council, and the Ministry of Agriculture’s talk of self-sufficiency in grains, is but empty chatter with no interim plans such as determining the area of land that will be planted with grains. Nor are there plans concerned with how to provide that land, planning the irrigation process with enough wells without rain, or even how to deal with the provision of diesel due to its scarcity and high cost. Moreover, the main problem is that farmers are not interested in growing grains due to their low market prices compared to other agricultural crops.

It is clear that Abdul-Malik Al-Houthi and his political council are clueless about the economic system in Islam and its legal rulings related to the economy. They are heading, much like their predecessors, towards making the capitalist economic system their example in solving problems. This is evidenced by their six-year delay, during which they depended on the World Food Program for food security that too did not come by chance. Moreover, to solve Yemen’s economic problems, they continued to obtain loans from the World Bank and the International Monetary Fund; “America’s arms for controlling the economies of the world.” How, by your Lord, will you achieve self-sufficiency in growing grains?! Just as you did not meet people with lowering fuel prices, which you made a shining slogan for entering Sana’a “before, during and even after the war,” you will not fulfill them with today’s slogans of self-sufficiency in grain! The matter is nothing but internal rhetoric to please followers.

Food security in Yemen will not be achieved without the application of Islam under the second Khilafah Rashidah (rightly guided Caliphate) State on the method of the Prophethood.