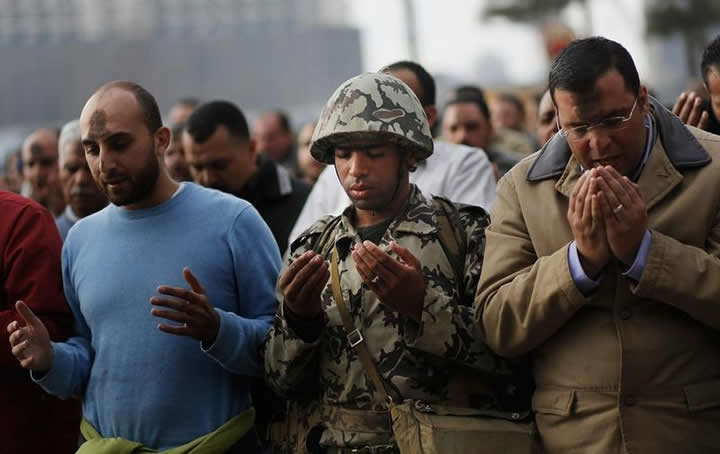 Hundred years have passed since the destruction of the shield of the Ummah, Khilafah (Caliphate). Ever since, the colonial kuffar have been working hard day and night to prevent the return of Khilafah. When they destroyed the Khilafah, they wished that the Khilafah will never rise again as Curzon, the former British foreign secretary once said in House of Commons “The situation now is that Turkey has been destroyed and shall never rise again, because we have destroyed her moral strength: the caliphate and Islam”. Contrary to their wish, the colonial kuffar had to work tirelessly until now to prevent the return of Khilafah. When they destroyed Khilafah, they were seemingly successful in eliminating Islam from the affairs of Muslims by installing their puppet rulers in the Muslim lands. They were seemingly successful when they subjugated and diverted the calls and emotions amongst the Ummah including Ulema during the destruction of Khilafah.

All the initial attempts taken by the Ummah to regain the lost Khilafah were swiftly mitigated. International caliphate conferences (Islamic conferences in Egypt, Mecca in 1926, Jerusalem 1931) availed no fruit to the Ummah, except their insistence for the obligation of establishing the Khilafah. On the one hand, the new foreign concept of nation states was inserted amongst the Ummah. While on the other hand, the rage and emotions emerged amongst the disunited Ummah were pacified with fictitious unity under the banner of Islamic conferences and cooperation (like: Organization of Islamic Cooperation). Jewish entity was implanted in the heart of Muslim lands to forever prevent the convergence of Islamic nations by exhausting its powers with continuous wars and conflicts. Fictitious Islamic leaders such as Gamal Abdul Nasser, Erdogan and others were introduced to deceitfully derail the Islamic cause of Ummah. Despite all their efforts to divert the Ummah from the call of Khilafah, the call sweeps through the Ummah like a gentle wind and violent storm. Thus the colonial kuffar had taken steps to abruptly stop the rise of Ummah with projects like war on terror, de-radicalization programs and others. Islam that is not even implemented in the ground reality has become the primary threat for the west, in addition to the rise of tangible threats such as Soviet Union, followed by China. The threat to the secular west is not just political Islam but Islam itself, which led France to impose restrictions on religious practices of French Muslims and which led China to put Uighur Muslims under concentration camps until they denounce Islam. All such tireless efforts of kuffar did not eradicate Islam and Muslims, even though Islam has no state now to implement.

Oh Muslims! You might amaze at the military might of the West, particularly America and think that Muslims are weak to reestablish Khilafah against their military might. It may terrify the Muslims when America’s Lockheed Martin Fighter jets fly over their lands. It may terrify the Muslims when the Kuffar’s aircraft carriers maneuver in the seas of Muslims. Oh Muslims! Despite their technological advancement in their Military strength, they could not control your lands without the support of puppet Muslim rulers. Their mighty fighter jets need regional control bases to fight, which can never be possible without their agent rulers. Their mighty aircraft carriers need permission on your seas to enter, which are opened by their agent rulers. The west cannot fight you on the ground and win over you. The Military failure of America in Afghanistan over the long run war against Taliban is a clear witness to this.

Oh Muslims! You might amaze at the economic domination of the west and think that Muslims are weak to reestablish Khilafah. One may think of the consequences of economic sanctions of the west against the upcoming Khilafah. Oh Muslims! Despite their economic domination around the world through institutions, petro dollar and others, it is the resources of Muslim lands that actually feed them. Most of the trade routes and strategic locations are located in the Muslim lands. Had it not been the support of regional agent rulers, the west could have not accessed such routes and locations. Accordingly, the real economic sufferer of the upcoming Khilafah is the west, not to mention the current economic crises that stir up their own people.

Above all, Muslims have their Iman, Aqeedah and ideology that cannot be matched with that of the West. Today, the west remains as a sole ideology without any competition. And yet it has become the sick man of the world due to its failure to solve the crises that come one after another. On the contrary, Muslims have a flawless ideology from the Creator that governed the world for over three hundred centuries without disparity. When the Muslims establish their state, which is based on divine guidance to lead the world, the western civilization cannot withstand its clashes with the Islamic state.

Oh Muslim Ummah! You are neither weak nor humiliated until you lose your Iman which the West has failed for hundred years after they destroyed your state, the Khilafah. Oh Muslims! You have your strong Iman and so you will be superior, even if it delays for a while. Oh Muslims! Establish the Khilafah with your strength and Iman to implement the just of Islam and carry it to the world.