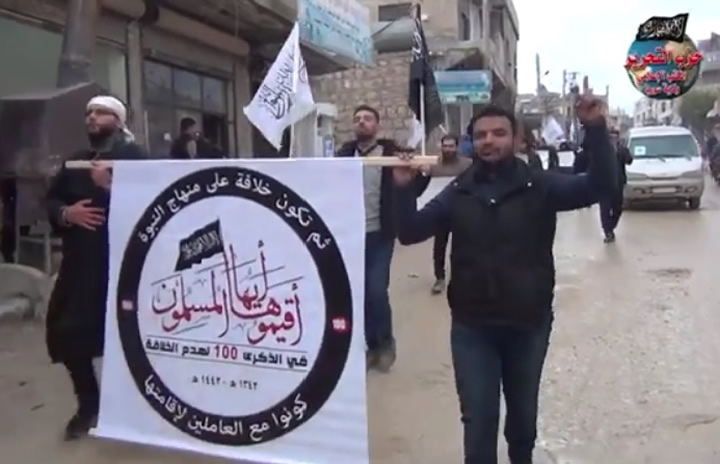 No sane Muslim would argue about the necessity of establishing the Khilafah (Caliphate), and that it is an obligation from Allah Almighty.

“Legislation is not but for Allah. He has commanded that you worship not except Him. That is the correct religion, but most of the people do not know.” [Yusuf: 40].

What makes this obligation one of the greatest obligations, and the crown of all obligations is that the application of the rulings of Allah Almighty, from the systems of government, economy and society, sanctions regimes, foreign policy provisions, and education policy … are dependent on the existence of this great obligation, and that the solution to the problems of the Islamic Ummah; of killing, displacement, violation of honors and plundering of wealth … is also dependent on it.

Since the Kafir West overthrew the Khilafah State in 1342 AH; the rulings of Allah Almighty were suspended, and Muslims lived a life of distress, humiliation and disgrace, and became easy prey for the unbelieving West who profaned their blood, honor and money, planted their concepts in their minds and shaped their lives in accordance with his view of life, which contradicts Islam in its origins and branches.

Therefore, it was imperative for every Muslim to strive to establish Khilafah Rashidah (righteous Khilafah) on the method of the Prophethood that the Messenger of Allah gave the glad tidings of its return, and to treat this great obligation as a vital issue for which life-or-death measure is taken. For the Khilafah and giving Bai’ah to a caliph is obligatory upon all Muslims, and it is not allowed for them to forsake its fulfilment, the Messenger of Allah (swt) said:

«وَمَنْ مَاتَ وَلَيْسَ فِي عُنُقِهِ بَيْعَةٌ مَاتَ مِيتَةً جَاهِلِيَّةً» “And who ever dies while there were no Bai’ah on his neck, his death would be as that of the days of Jahiliyyah (ignorance).”

It is befitting for you, after ten years of sacrifice and suffering, that the fruit of your sacrifice to be a state of which the Owner of Sovereignty is satisfied, His law is applied, and His religion is carried as a message of mercy to the worlds. And beware that the basis of your thinking and the basis of your quest be the satisfaction of the disbelieving West, for then you will lose Allah’s protection and victory, the Almighty said:

“And the Jews will not be pleased with you, nor the Christians until you follow their religion. Say; “Surely Allah’s guidance, that is the (true) guidance”. And if you follow their desires after the knowledge that has come to you, you shall have no guardian from Allah, nor any helper” [Al-Baqara:120].

So, seek the help of Allah Almighty, and rely on Him true reliance, and hold fast to His strong rope,

“And hasten to forgiveness from your Lord and a garden as wide as the heavens and earth, prepared for the righteous” [Al-i-Imran: 133]. And show Allah the best of you in your haste to work with the workers to establish it and support them; In doing so, you will obtain the satisfaction of your Lord and build the edifice of your glory and honour once again