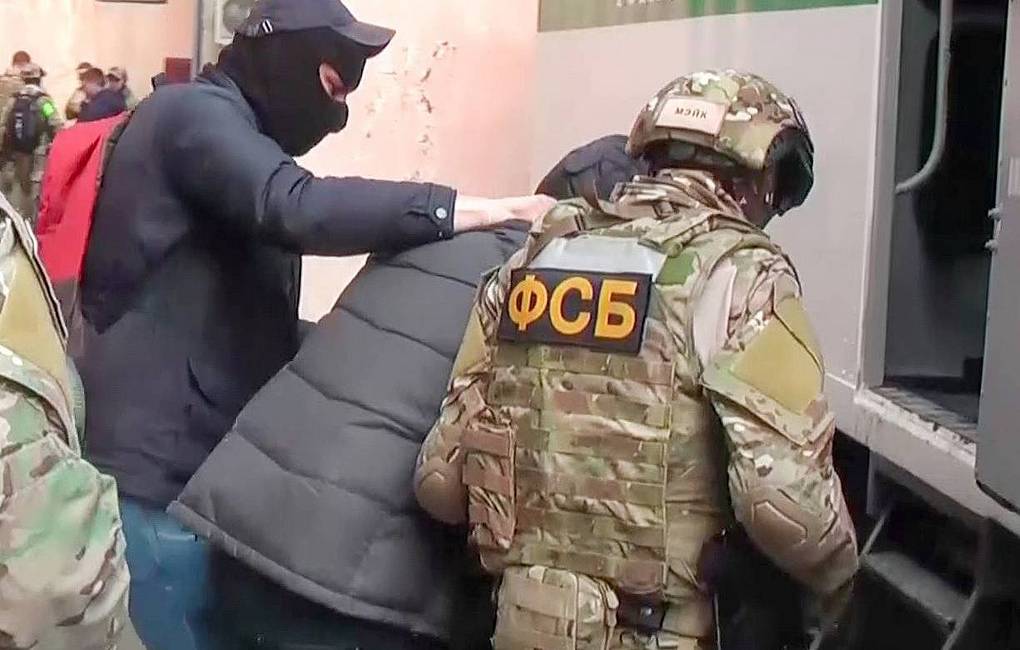 On July 7, 2020 in the Crimea swept another wave of searches and arrests in which 7 people were detained:

All detainees accused of being the member of the Islamic Hizb ut Tahrir political party. They are charged with Art. 205.5 of the Criminal Code of the Russian Federation “Participation in the activities of a terrorist organization.”

This raid of Russian special security services is the another confirmation of their unbridled hatred of Islam and Muslims.

Moreover, what happened on July 7, 2020 shows that the Russian government is not burdened with the concepts of humanity and humanism, after all, the arrested Alexander Sizikov is a disabled person of group 1. He is completely blind.

This raid of Russian Special Security Services is the another confirmation of their unbridled hatred of Islam and Muslims.

Moreover, what happened on July 7, 2020 shows that the Russian government is not burdened with the concepts of humanity and humanism whereas the arrested Alexander Sizikov is a disabled person of group 1. He is completely blind.

Regarding terrorism allegations, it’s common known the non-violent nature of Hizb ut Tahrir which confirmed by more than 60 years of history of the existence of this political party. Hizb ut Tahrir is limited to exclusively ideological and political work.

Moreover, from the minutes of court hearings for all so-called the Hizb ut Tahrir affairs the guilt of the detained Muslims lies solely in the study and discussion of Islamic thoughts and laws.

The case file contains no weapons, no terrorist attacks, no injuries, even planning for such actions is missing.

All this points to the fact of the persecution, under the pretext of combating the terrorism of Muslims, who have absolutely nothing to do with violent activity.

Anti-terrorism and anti-extremist legislation has become a convenient tool to combat dissent in the hands of the Russian government and its special services.

Regarding the true reason for the persecution of Muslims in Crimea, it lies in their commitment to Islam and unwillingness to agree with the criminal policy of Russia against Muslim peoples.

Allah Almighty says in the Quran: ﴿وَمَا نَقَمُوا مِنْهُمْ إِلَّا أَن يُؤْمِنُوا بِاللَّهِ الْعَزِيزِ الْحَمِيدِ﴾ “They extorted to them only because they believed in Allah Mighty, Honorable” [85:8].

Today’s policy of Russia regarding Muslims of Crimea, Crimean Tatars, is not something new. This continuation of the criminal policies that the kings and communists practiced in against the Muslims of this region for over 200 years.

Destruction of the ideological wealth of Muslim peoples, destruction of mosques and madrassas, turning these buildings into places sinful entertainment, warehouses and stables… all this hostile politics unfolded with a new force in the face of modern Russian authorities.

So, the kings and Communists were united in the extermination of the intelligentsia, imams, alims and any active people among Muslims of Crimea.

We see a similar policy today, when among of the 74 Muslims detained and convicted on terrorism charges we find the chairmen of religious communities, imams, Tajwid teachers, public figures who helped spread Islam, businessmen, Arabists who speak the language of the Koran and who know the Sharia sciences.

In doing so, Russia, whether it is tsarist or “Democratical”, has been trying for more than two centuries to deprive Muslims of Crimea of their ideological wealth – Islamic religion.

What is happening in Crimea today is a manifestation of powerlessness, the anger and agony that gripped the Russian government because of its inability to force Muslims to abandon beliefs dictated by their religion.

But how else to explain the arrest of a visually disabled person – Alexander Sizikov, known for his brave Islamic position, which he manifested in defense of detained Muslims, whether at the buildings courts or during the single protests organized by him in the capital of Crimea. Russian security officials from their fear of the word truths sounded from the lips of this Muslim, fabricated against him the criminal case on terrorism, on which he is threatened imprisonment up to life.

In spite of dozens of arrests and sentences that the Russian government carried out after it established its actual power over the Crimean peninsula in 2014, Muslims of Crimea continue to stand on the side of the oppressed ones, rendering them all support.

In conclusion, it should be noted that this criminal politics and tyranny of modern Russia will share the fate of tyranny kings and communists.

All their attempts to destroy Islamic identity Muslim people of Crimea, Crimean Tatars failed and suffered a crushing fiasco, despite the fact that their tyranny lasted for decades.

Tyrants like Catherine II and Stalin who committed in against the Muslims of Crimea even greater crimes and posed the goal is to eradicate not only the slightest Islamic manifestations in the Crimea, but even tried to completely exterminate Muslims physically in these fertile lands, perished and entered graves. Whilst the Muslims of Crimea survived and day after day  strengthen and return to their former understanding and implementation Islam.

The day is near when today’s “fighters against terrorism” will disappear as well as their predecessors perished with their regimes, and Crimean Muslims will continue to live in their land in safety freely practicing Islam in their daily lives.

“On that day, believers will rejoice * the help of Allah. He helps anyone who wishes. He is the Mighty, the Merciful.” [30:45].