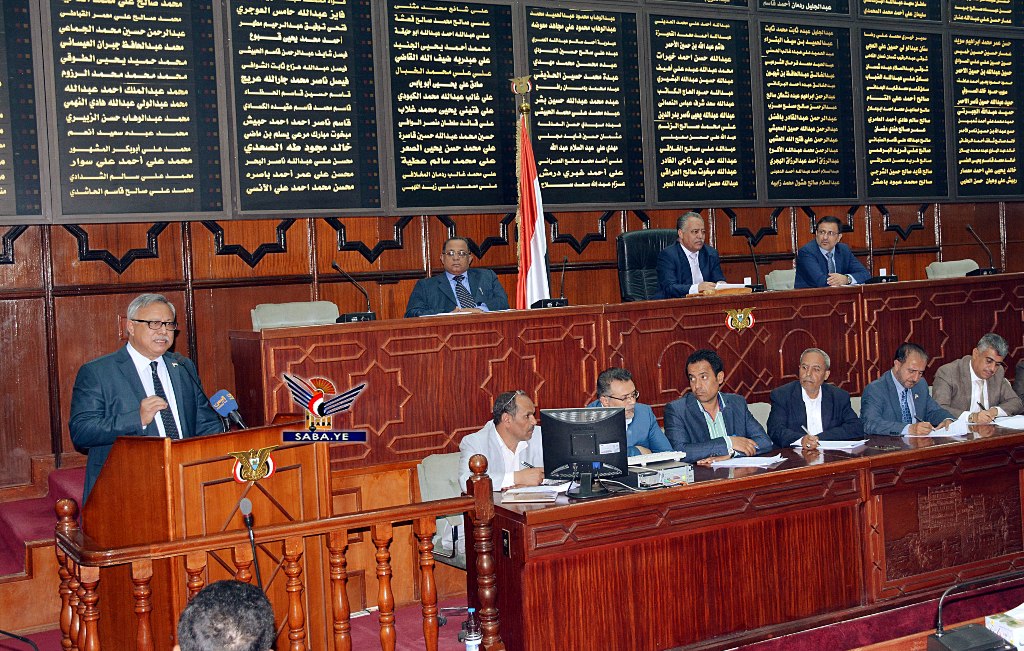 “Do you order righteousness of the people and forget yourselves”

On Monday 07/13/2020, the House of Representatives sent a letter from Sana’a to the Secretary-General of the United Nations regarding the legitimacy of Hadi “to conclude oil and gas contracts and agreements and sell the wealth and capabilities of the people…” and considered them null and void of legal implications, and the Council stipulated that those oil contracts and agreements must be ratified in accordance with the rules of the constitution (according to Al-Thawra Newspaper on Tuesday 14/07/2020).

The people of Yemen did not enjoy a single day of the country’s resources, including oil and gas, since its production began in the eighties of the last century because of their rulers, the agents who seized its revenues and gave concessions to foreign companies. There was a spark of hope in the February 2011 revolution to restore these goods for the benefit of the people, but the new rulers were criminals and just as bad as their predecessors. But after September 2014, with the Houthis entering Sanaa, this suffering increased, and the anger of the people has not subsided to this day due to the lack of derivatives and the rise in their prices to record levels, and the Houthis have justified the high prices and approached people with untrue excuses for the past six years. Britain ran the oil file as it wanted, granted concessions to whoever it wanted, and withheld it from those who wanted it in the absence and presence of the House of Representatives, which is the black box for the crimes of the previous regime, the British agent, “whose authority ended more than ten years ago”. The Houthis today used this fabricator, which the people of Yemen know well. The Council today should be silent and remain quiet when the rulers of Sanaa became agents of America, where America is taking its turn to enjoy the privileges that it wants in the eastern coast of the Red Sea – that hovered around it from the fifties of the last century – and in other oil sectors. Soon, we will see its company, Hunt Oil Company, return triumphantly to the oil fields of the Ma’rib Governorate, from which they were expelled when Yemen’s rulers were agents of the British under the previous regime. Today, the Americans are pushing their Houthi agents to enter and take them from the English agents, headed by the criminal Ali Mohsen Al-Ahmar – and with their sisters the American companies such as Enron, or those who are wrapped under the Asian, Indonesian, South Korean, and Iranian names but are American in origin and identity.

O politicians who are not entrusted with their people: before you advise others, start with yourselves if you are honest, Allah (swt) says: أَتَأْمُرُونَ النَّاسَ بِالْبِرِّ وَتَنسَوْنَ أَنفُسَكُمْ “Do you order righteousness of the people and forget yourselves” [Surah Al-Baqara: 44]. For you two have served your masters. The first one directed the oil to serve the British economy, and the other one will direct it to serve the American economy!

The previous and current rulers of Yemen adopted the systems of the capitalist ideology when managing life’s affairs in the economy as in others, and they do not know and do not want to know that the Islamic ruling states that the oil and gas are public property that the state is not permitted to dispose of, but rather supervise over them in order to enable people to obtain these resources and benefit from them.

The only one who exerts the influence of the old and new colonists forever is a righteous Khalifah (caliph) who takes care of the affairs of the Muslims according to the rulings of Islam where they give him a deal of their faith and the fruit of their hearts to rule them by Islam under the shade of a righteous Khilafah (righteous Caliphate) upon the method of the Prophethood.