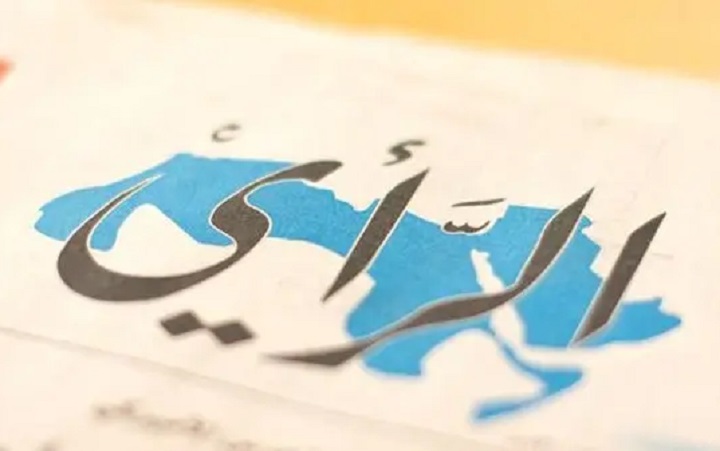 On 4/7/2021, Al-Rai Newspaper published an article by the writer Raja Talab entitled: “Al-Ato’ut from I’tikaf in Al-Aqsa to fugitive!” The article was full of lies and slander against Hizb ut Tahrir without any regard for the minimum professional and ethical standards in journalism.

As these slanders are primarily the responsibility of the author of the article, they also fall on the newspaper that publishes such information without investigating the credibility, although obtaining the truth of these allegations is accessible.

In this context, a delegation from Hizb ut Tahrir / Wilayah of Jordan visited the office of the editor-in-chief of Al-Rai Newspaper to hand him a letter alerting him to this error that his newspaper had committed. The letter was received by his office manager because he was not in the office.

We remind the author of the article and those in charge of the newspaper of the necessity of explaining the falsity of those slanders that they spread, in compliance with the words of Allah (swt):

“O you who have believed, be persistently standing firm in justice, witnesses for Allah, even if it be against yourselves…” [An-Nisa’: 135].

And Hizb ut Tahrir will remain a torch of guidance and light, illuminating the world with the clarity of Islamic ideas that it carries, steadfast in its position until it fulfills Allah’s promise of Khilafah and empowerment on earth, by establishing the Khilafah Rashidah (rightly-guided Caliphate) State on the method of the Prophethood, indeed Allah is Able over this.

The following is the text of the letter that the delegation gave to the editor-in-chief of Al-Rai Newspaper:

“In the name of Allah the Merciful the Beneficent

To the respected Editor-in-chief of Al-Rai Newspaper,

The Media Office of Hizb ut Tahrir in Wilayah Jordan has seen the article published by your newspaper last Sunday on 4/7/2021 in its issue No. 18444, under the title “”Al-Ato’ut from I’tikaf in Al-Aqsa to fugitive” by the writer Raja Talab, in which he slandered Hizb ut Tahrir and conveyed false information about the party and its ideas, he said: “While others spoke of that Al-Ato’ut is a religious man according to the doctrine of “Hizb ut Tahrir”, and that this party, according to their opinions, does not fundamentally believe in all the existing regimes, nor in Palestine as a Palestinian cause, and does not consider those who are martyred in the confrontation with the occupation as “شهداء عند ربهم يرزقون” “martyrs with their Lord who are given sustenance,” and that, based on this belief, he does not consider what he has done to be an act of treason.” The quote ends, and since the aforementioned article contained false information and slandered against the party and its ideas, it is incumbent that the writer clarify these fallacies and apologize on their behalf.

We attach some observations on correcting the inaccuracies in the article:

First: The so-called Walid Ahmad Al-Ato’ut was never a member of Hizb ut Tahrir nor close to it. Rather, he was notorious for his estrangement towards the party members in Palestine. The respected writer should have been more concerned about his reputation for ethical professionalism, and to verify the words of his sources and their claim that he is a “religious man and according to the belief of “Hizb ut Tahrir” and to practice the A to Z of journalism and initiate contact with our media offices, which are well known to him, and verify the information conveyed to him by “some people” in compliance with the words of Allah (swt):

“O you who have believed, if there comes to you a disobedient one with information, investigate, lest you harm a people out of ignorance and become, over what you have done, regretful” [Al-Hujurat:6].

The writer is not excused of his ethical and professional responsibility by including false information in his article simply because it is attributed to an unknown source, since the one he is speaking about is known an d it is possible to communicate with him and can ask him.

Second: That the writer cites from his anonymous sources the opinions and ideas and attributes them to Hizb ut Tahrir by saying: “Those who are martyred in the confrontation with the occupation are not considered as “شهداء عند ربهم يرزقون”“martyrs with their Lord who are given sustenance.” This is a big problem, that the journalist is like the night firewood gatherer who gathers firewood and snakes. Are the books and opinions of Hizb ut Tahrir out of reach for the respected writer to verify what he was reporting?! To save himself from this fallout he could have read the search engine to find out and learn. Hizb ut Tahrir is known by the far and near that it is the only party that has a clear opinion on every issue and question, whether local, regional or global. Enemies testify before friends that Hizb ut Tahrir is the main fighting party in the war of ideas. The writer can refer to what was written about the party in strategic study institutes.

In conclusion, we are not surprised of the campaign of slander and distortion practiced by the enemies of Islam against Hizb ut Tahrir and its ideas. This is their nature because they fear that Hizb ut Tahrir will seek to resume Islamic way of life by establishing the Khilafah Rashida (rightly-guided Caliphate). But we are surprised by a newspaper writer who fills his article with lies and slanders about Hizb ut Tahrir, and Allah (swt) says:

“O you who have believed, fear Allah and speak words of appropriate justice” [Al-Ahzab: 70].