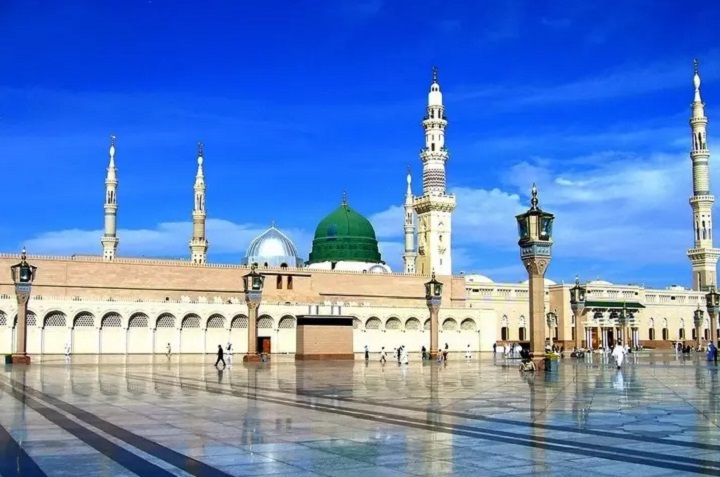 Question:
Assalamu Alaikum our Ameer, how are you? When the Islamic state is established, which stage of work will Hizb ut Tahrir follow?

We mentioned in the Introduction Booklet the following:

The method adopted by Hizb ut-Tahrir to convey the da’wah is Shari’ah Law derived from the Seerah of the Messenger of Allah (saw) in his performance during the conveyance of the da’wah. This is so because it is obligatory to follow him, as Allah (swt) says,

“Surely, in the Messenger of Allah, is the best example for those who believe in Allah and the Last Day and remember Allah often.” [TMQ 33:21]

“Say if you love Allah follow me, Allah will love you and forgive you your sins.” [TMQ 3:31]

There are many other such verses which denote that following the Messenger of Allah (saw), taking him as an example and taking all aspects of the Deen from him is obligatory.

Since the Muslims nowadays live in Dar al-Kufr, because they are governed with laws other than the revelation of Allah (swt), so their land resembles Makkah where the Messenger of Allah (saw) was first sent as a Messenger.

Therefore, it is necessary to take the Makkan part of the Seerah of Messenger of Allah as an example in conveying the da’wah.

By studying the life of the Messenger of Allah (saw) in Makkah until he (saw) had managed to establish the Islamic State in Madinah, it is evident that he (saw) went through clearly defined stages, in each of which he (saw) used to perform specific clear actions. So the Party took from that the method of action, the stages of its action and the deeds which it has to perform during these stages in accordance with the deeds which the Messenger of Allah (saw) performed during the stages of his work.

Based on this, the Party defined its method of work into three stages:

The First Stage: The stage of culturing to produce people who believe in the idea and the method of the Party, so that they form the Party group.

The Second Stage: The stage of interaction with the Ummah, to let the Ummah embrace and carry Islam, so that the Ummah takes it up as its issue, and thus works to establish it in the affairs of life.

The Third Stage: The stage of establishing government, implementing Islam generally and comprehensively, and carrying it as a message to the world.

The first stage: The Party started it in al-Quds in 1372 AH (1953 CE) under the leadership of its founder, the honourable scholar, thinker, able politician, qadi in the Court of Appeals in al-Quds, Taqiuddin al-Nabhani (may Allah’s mercy be upon him). In this stage, the Party used to make contact with the members of the Ummah, presenting to them, on an individual basis, its idea and method. Whoever accepted the basic idea, the Party would organise for him intensive study in the circles of the Party, so that he became purified by the thoughts and rules of Islam adopted by the Party and thus in the process became an Islamic personality. Thus he interacts with Islam and enjoys an Islamic mentality and Islamic emotions leading him to start to carry the da’wah to the people. When a person reaches this stage he impresses himself on the Party and thus becomes a member of it. This is the way in which the Messenger of Allah (saw) had acted in his first stage of the da’wah, which continued for three years, by inviting people individually and presenting to them that which Allah (swt) had revealed to him (saw). He gathered together secretly those who believed in him on the basis of this ideology. He was concerned to teach them Islam and read to them from what was revealed and was being revealed to him until he had melted them with Islam. He used to meet them secretly and teach them in places hidden from the eyes of the people. They also used to perform their worship in disguise. Eventually, the da’wah for Islam spread in Makkah, and people started to talk about it and began to enter Islam in groups.

After the Party had managed to form its structure and society had become aware of it, recognised it and its thoughts and what it was calling for, the Party moved to the second stage.

The second stage: This stage is the interaction with the Ummah to make her carry Islam and to establish in the Ummah the common awareness and the public opinion over the thoughts and the rules of Islam adopted by the Party, so that she adopts them as her own thoughts and strives to establish them in life, and proceeds with the Party in the work to establish the Khilafah State and to appoint the Khaleefah in order to resume the Islamic way of life and carry the Islamic da’wah to the world. In this stage the Party developed its activities from only approaching individuals to also talking to the masses collectively.

In this stage it used to carry out the following functions:

1. The concentrated culturing of individuals in circles to build the body of the Party and increase its members, and produce Islamic personalities that are capable of conveying the da’wah and rushing forward into the intellectual and political struggle.

2. The collective culturing of the masses of the Ummah with the thoughts and the rules of Islam which the Hizb had adopted, through lessons, lectures, and talks in the mosques, centres and common gathering places, and through the press, books and leaflets. This was done in order to create a common awareness within the Ummah and to interact with her.

3. The intellectual struggle against the Kufr creeds, systems and thoughts, the erroneous ideas and the fraudulent concepts by exposing their falsehood, defects and contradiction with Islam, in order to deliver the Ummah from them and from their effects.

When the society became unresponsive to the Party as a result of the loss of the Ummah’s confidence in its leaders and chiefs on whom it had placed its hopes, the difficult circumstances under which the region was placed in order to ease the implementation of the conspiracies, the oppression and despondency which the rulers practised against their peoples and the severe harm which the rulers inflicted on the Party and its members, when the society became unresponsive for these reasons the Party started to seek the support of the influential people…

In addition to performing the actions of seeking material support, the Hizb continues to perform all the actions which it used to carry out, like concentrated circles, the collective culturing, focusing on the Ummah to make her carry Islam and establishing the public opinion for Islam within it. It continued to struggle against the colonial disbelieving states by revealing their plans and exposing their conspiracies, as it continued to struggle against the rulers by adopting the interests of the Ummah and taking care of its affairs.

The Party still continues in its work and hopes that Allah (swt) will grant to it and to the Islamic Ummah the help, success and victory, and so it leads to:

The third stage: which is the establishment of the Khilafah Rashida, at that moment the believers will rejoice in Allah’s victory.] End of quoting from the Introduction Booklet.

We have explained in our books, especially Al-Kurrasah, how to carry out accountability in accordance to the rules of Shariah…

In this (answer) is sufficiency, and Allah Knows Best and is Most Wise.