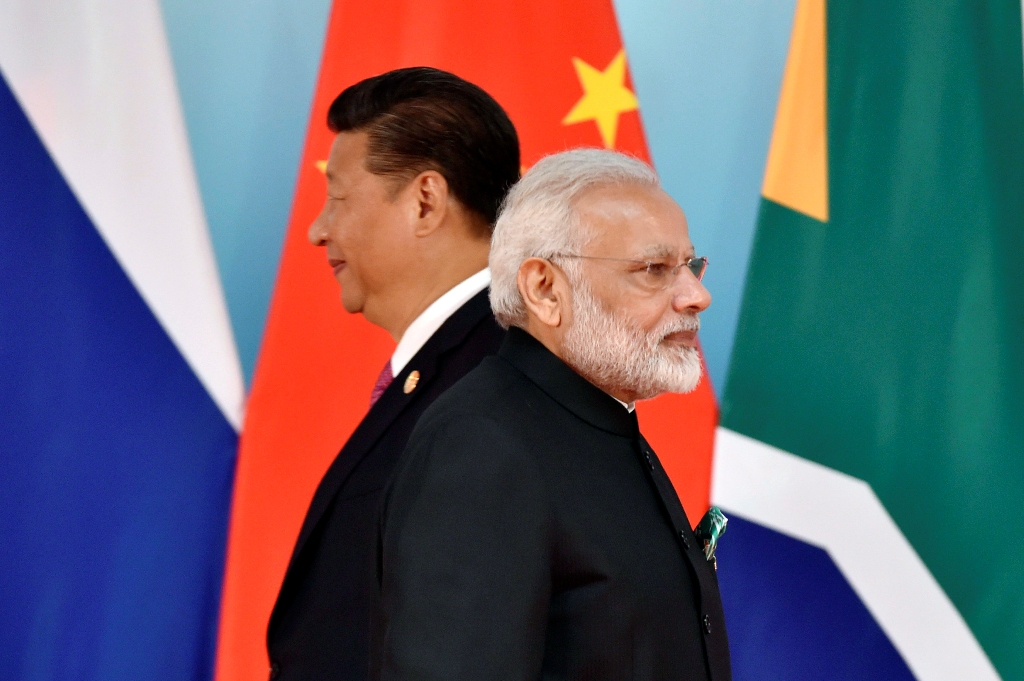 The June 2020 deadly clash between China and India, two powers that have clear enmity towards Islam, provides lessons for the Muslims that are eager to liberate Occupied Kashmir. The two kaffir states are nuclear powers, yet deployed military force against each other, within a limited theater of war. Neither side ran to the United Nations to resolve their dispute. There were losses of life on both sides, but neither saw negotiation as an alternative to fighting and standing their ground. China engaged in battle despite three US warships heading to the China Pacific, a second wave of coronavirus and a weakening economy. India engaged in battle despite a crippling coronavirus crisis and weak economy.

In Pakistan, whilst some rejoice at the losses of the Hindu State, the rejoicing has a bland and bitter taste. The Bajwa-Imran regime hides behind the excuse of nuclear war, yet neither India nor China used that as an excuse. Military force was needed and military force was deployed. Why has the Bajwa-Imran regime not stood ground over Occupied Kashmir, forcing the Hindu State scurrying into retreat?

Instead, the Bajwa-Imran regime met Modi’s forceful annexation of Occupied Kashmir on 5 August 2019 with passiveness, restraint, producing sentimental songs, sending angry tweets, loud sloganeering, pleading to the stone idol of the United Nations for help, submissively handing over the invading Abhinandan within three days and declaring the Line of Control as the redline, and not every inch of Occupied Kashmir. The weak stance of the Bajwa-Imran regime amounts to support for Modi, who used the room that he was given to oppress the Muslims of Kashmir, amputated Ladakh from Occupied Kashmir and worked on changing demographics.

The secular Bajwa-Imran regime has no principled stance and will never make a stand for our rights. It has blind faith in the United Nations and the restrictive concept of nation state boundaries. It ties itself to the IMF and FATF, rather than binding itself to Allah (swt) and His Messenger ﷺ. It can never provide Muslims with victory. Instead of striking the fear of war in the heart of the enemy, the Bajwa-Imran regime strikes the fear of war within us and our armed forces. It instills us fear of loss of lives and wealth, when Fighting in the Way of Allah (swt) is the greatest trade, with the greatest prize, the Jannah that Allah (swt) has prepared for the righteous.

Islam demands the use of military force to liberate the Muslim Lands of Occupied Kashmir. Today, now, is an opportune time. India remains in tensions with China, a failing economy, a Covid-19 crisis and internal strife with minorities, including Kashmir. Its master and keeper, the US, is preoccupied with presidential elections, protests over racism, a collapsing economy, demoralized and exhausted military and a disease outbreak.

We are in desperate need of an Islamic leadership that ensures unity of Muslims and securing oppressed Muslims with military force. We need a leadership that rejects secularism, the nation state theory, the United Nations, democracy both presidential and parliamentary, the IMF and the colonialist laws and values. This will only occur when we are ruled by all that Allah (swt) has revealed, with no compromise. It is upon us all to re-establish the Khilafah (Caliphate) on the Method of Prophethood, so that our noble armed forces can earn the pleasure of Allah (swt) on the battlefield. Allah (swt) said, يَا أَيُّهَا الَّذِينَ آمَنُوا مَا لَكُمْ إِذَا قِيلَ لَكُمُ انفِرُوا فِي سَبِيلِ اللَّهِ اثَّاقَلْتُمْ إِلَى الْأَرْضِ أَرَضِيتُم بِالْحَيَاةِ الدُّنْيَا مِنَ الْآخِرَةِ فَمَا مَتَاعُ الْحَيَاةِ الدُّنْيَا فِي الْآخِرَةِ إِلَّا قَلِيلٌ “O you who have believed, what is [the matter] with you that, when you are told to go forth in the cause of Allah, you adhere heavily to the earth? Are you satisfied with the life of this world rather than the Hereafter? But what is the enjoyment of worldly life compared to the Hereafter except a [very] little.” [Surah At-Tawba 9:38]