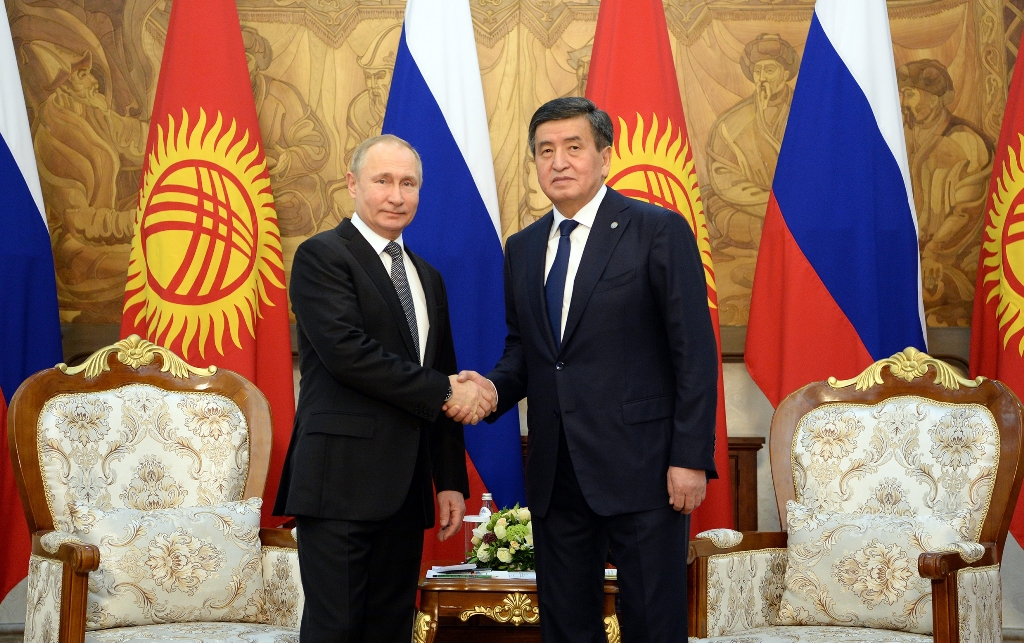 By its War on all those who Spread the Islamic Concepts

Although most of its people are Muslims (80%), the Kyrgyz government is insistent on having a secular system of government and persists on its adherence to it. In its response to the controversy that arose over the identity of the country in 2014 following the announcement of Bishkek the capital of Kyrgyzstan, as the capital of Islamic culture in the Asian region, the government affirmed that this does not affect the secularism of the state, and these are only cultural activities that do not deviate the state from its secular path.

A path that causes it – like other secular countries that see Islam and its rituals as a threat to their existence – to deal in two different ways and adopt two contradictory standards; It claims to preserve religious rituals on the one hand, and abuse everyone who works to spread the concepts of Islam and raise its flag on the other hand. It says that it guarantees human rights and freedoms, so it holds meetings to discuss measures aimed at improving the system for protecting these rights and freedoms, and then revokes their spin and arrests and abuses many Muslim sons and daughters.

In 2009, the President of Kyrgyzstan banned the headscarf (hijab) in public education schools, claiming that he was thus preserving secular values and not deviating from the public path that fights “terrorism” and everything it denotes!  He did not hesitate to express his rejection and anti-hijab stance and encroached upon the freedom of Muslim women to wear it by saying, “Islam is not in clothes but in morals and behavior”, and claimed that “Qur’an does not have an Islamic dress code, and that Islam has urged the cleanliness of the cloths only”, (Alukah.net). A clear contradiction in his policy, as he claims his country represents Islamic culture, but on the other hand, he prevents veiled girls from entering schools and universities, not to mention his government’s violations of the rights and freedoms of chaste Muslim women as it carries out arrests and throws them into prisons on flimsy fabricated charges and terrorize them and their children and their families, only because they work to spread the concepts of Islam and abide by its provisions.

The Kyrgyz government is following the path of a secular system, to show its loyalty and obedience to India, which provides it with financial aid and implements from behind it its plans to strike “Radical” Islam and Muslims. The spite and hatred of India for Islam and its criminal acts against our Muslim brothers is not hidden, thus the Kyrgyz government is suffering from material poverty forcing it to grasp money from the cow-worshipper, the Prime Minister of India!

Spiritual emptiness and material poverty that the countries of kufr exploit for their own benefit: they dictate conditions and pressures to the Kyrgyz government to implement their plans to undermine, oppress and abuse Muslims.

On 30/06/2015, the Prime Minister of Kyrgyzstan held a meeting in which he assigned the Ministry of Interior, National Security and General Intelligence to work to verify and research all Islamic organizations in the country. A policy adopted by the government to undermine the Muslims there under the big title “terrorism” launched by the world secular capitalist system in its intellectual civilization war against Islam.

This government, like other secular governments, seeks to restore the corruption of its system, raising slogans and rhetoric to delude that it is a guardian of interests and a securer of rights and freedoms, but reality drops the mask from its face, exposing its evils, and its abuses and violations of these rights and freedoms appear: they do the opposite of what they say.

On 07 February 2020, the President of Kyrgyzstan received the Kyrgyz Ombudsman, who provided him with reports and information to verify facts and appeals by the people of the country regarding violations of their rights and freedoms, and to help restore them.

An annual report of the Ombudsman “On respect for human and civil rights and freedoms in the Kyrgyz Republic” is prepared and submitted to the Kyrgyz Supreme Council. The institution of the Ombudsman has a special role in taking effective measures to protect human rights, prevent any form of discrimination in civil rights and freedoms, and draw attention to the need for a prompt response to all the facts of the violation of the dignity and freedoms of citizens.

So, where is this institution of ombudsman of what is happening to Muslims and their daughters, women and children?! Where is it from the members of the armed forces storming and searching dozens of Muslim homes?!

Where are the effective measures taken by this institution to protect the rights of the three female students, aged between 18 and 20 who were arrested in 2013 on charges of spreading Islamic culture and possessing some publications, which is inconsistent with the freedom of expression with which their false secularism flaunts?!

Where is this institution, which will prevent any form of discrimination in rights, from what happened to our sister Zulfiya Amanova, who was arrested for her attempt, 14 years after the Uzbek special forces kidnapped her father, to open an investigation about the circumstances of his murder in prison?!

Where is the torture and ill-treatment that happens to Muslim girls in prisons?!…

Violence and arrests continue against chaste women in Kyrgyzstan, while this institution and other institutions and organizations that claim to defend human rights pay no attention to them, thus revealing a war led by the Kufr states and supported by puppet governments that run Muslim affairs and rule them with Western concepts that are alien to their religion. The crimes of the Kyrgyz government continue, raiding the homes of Muslim women in the past few days and arresting them on charges of belonging to a banned organization without concern for the sick among them, or the breadwinner of her parents, or the custodian of her children: it strikes everything against the wall and throws all its pompous slogans to the ground in order to show its dedication to implementing the dictates and its loyalty to the secular values.

The suffering of our sisters in Kyrgyzstan will only be ended by a state upon which an imam rules by Islam, who does not allow the honors to be violated, nor for the blood of a Muslim or Muslim to be shed, so he would mobilize the armies and defend the subjects of his state and protect them. Their suffering and the suffering of Muslim women everywhere will not end except by the establishment of the Khilafah (Caliphate) State, in which they live a life of tranquility and security.

We ask Allah (swt) to hasten it to wipe out the pain and heal the wounds.