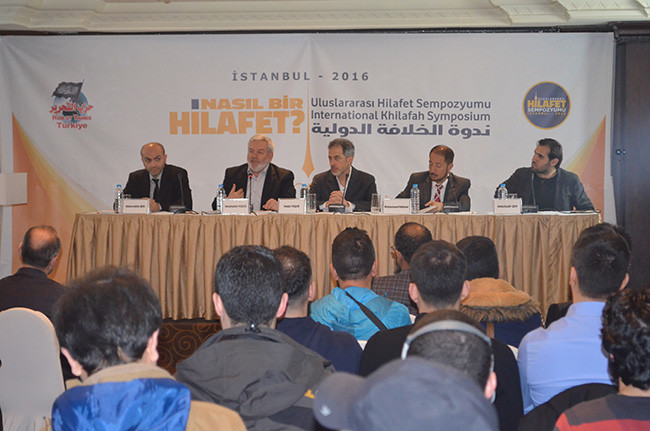 On 28 Rajab 1342 Hijri / 3rd March 1924 CE, the Khilafah was abolished by the unbelievers and with the cooperation of Arab and Turkish traitors serving them under the British leadership. The first Parliament in Ankara took the decision to lift the Khilafah in a fearful atmosphere. Today is the 96th anniversary of that painful day. That day is a dark day in which the shield of the Ummah is broken, and the Islamic provisions are removed from our lives.

After that day, Muslims have never met their old power again! They could not reach the glory, the reputation and the majesty that they had! After that day, we never found peace and trust! Because after the collapse of the Ottoman Khilafah State, the state was divided into more than fifty states. In the Khilafah, the provisions of the humanity’s Lord were our constitution. After the Khilafah, the laws of the westerners who did not do anything for humanity that became our constitution. Secularism took the place of Islam and the republic and democracy took the place of the Khilafah.

For this reason, 28 Rajab/March 3rd is a miserable day for the Islamic Ummah. It is a day that should not be forgotten and should not be removed from one’s memories. Because, “why are we like this?”, “why can’t we create a unity as Muslims?”, “why are the occupations, wars and massacres only happening in the Islamic lands?”, “why can’t our rulers respond to the brutal attacks on our children and the sanctity of Islam as necessary?” We have been dealing with such questions since that day! Everything started in that day which they are trying to make us forget! Our divisions, the values we lost and everything else we lost began on that day.

The colonists and collaborator regimes, who are disturbed by the endeavored work for this authentic solution, are trying to ban the activities of Hizb ut Tahrir, and are trying to stop its work and to indulge its youth with all kinds of persecution. Because Hizb ut Tahrir stood upright without bowing in front of no other than Allah! The Hizb never compromised its ideas and its method! It gave hope to the Islamic Ummah who lost its hope, that the Khilafah could be reestablished. Hizb ut Tahrir never lied to Muslims, never deceived them, and it was never deceived.

O Muslims! Our land has been the capital of the Khilafah for many years. Until a century ago, the world was being ruled by the Khilafah. We were the safe watchmen of Islam, the hopes, the protectors and the shields of the oppressed. However we became the oppressed one after the Khilafah was abolished! Now let us be the hope for the oppressed; our rulers cooperate with the oppressors! They became partners with the infidels in the persecutions and massacres against Muslims, by opening our bases to the infidels! They found pleasure to work for the American interests and to do important things with the enemy of Islam, Trump! However, whatever they do, those days we long for will come back with the Khilafah. Because the Khilafah is dedicated to us in the promise of Allah the Almighty, the good tidings of our Prophet, and the heirloom of our ancestors. The Khilafah can’t be established with empty talks, lies and false promises but it can only be established with the political leadership of Islam. That leadership is Hizb ut Tahrir.