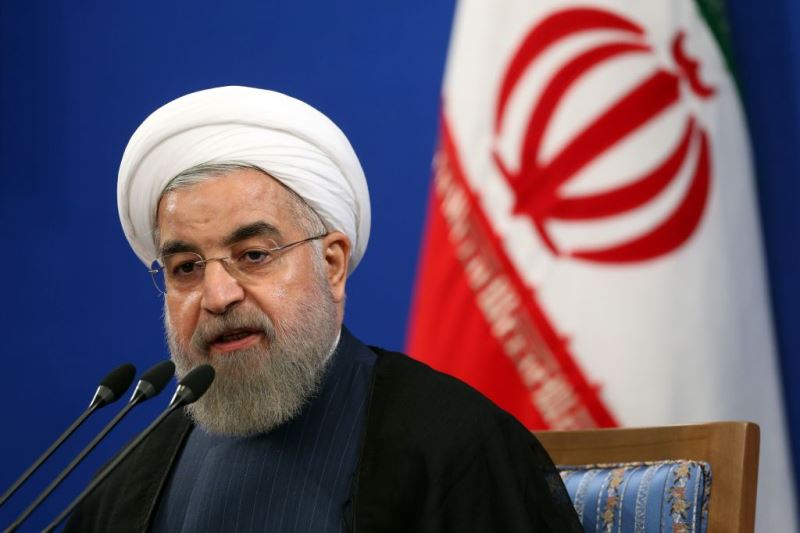 Without naming any specific country, the Iranian president said that the countries “supporting terrorist groups” such as the Taliban, Al Qaeda and the militant Islamic State group “financially and logistically for a long time cannot claim to be combating them”, according to a report carried by Iran’s state-run IRNA news agency. (Source: Dawn.com)

All this is happening when Pakistan is trying to facilitate some kind of rapprochement between Saudi Arabia and Iran. Since the former army chief of Pakistan, Gen (retd) Raheel Sharif has joined the Saudi-led Islamic military alliance to combat terrorism, different kinds of responses have been seen. On one hand Arab Coalition forces are claiming how it is successfully targeting the terrorists and finishing them and on the other we hear the blame of backing those very forces the alliance is made to fight. The very name of this alliance IMAFT (Islamic Military Alliance to Fight Terrorism) explains it all. Every Muslim country, whether a part or against this alliance, is giving explanations of its actions. That is enough to show the divisions within the Ummah and its cause. Their nationalistic interest has taken them far away from their cause of existence and has turned them into selfish nations drowned in their own selfish interests. Whether it is Arabia, Iran, Pakistan or Turkey, however much they pretend to stretch to help the Muslims around, their blood stained sleeves cannot be ignored.  Issues faced by Muslim world are not the ones that are being addressed, instead they have been thrown into a western imposed war in the name of terrorism. This war has brought Muslim countries to the point where they are not able to look each other in the eyes and promise each other help. Each time, help is conditionally provided with America being the sole beneficiary. So the ones who were supposed to be the lions of this Ummah have chosen to play the role of hyenas. Waiting for the leftover benefits, enjoying those benefits which are the fruits of their cowardice.

Since when America’s interest has become more important than the word of Quran?? Since when are Muslims allowed to criticize each other to get closer to an enemy superpower?? Isn’t an enemy of Allah an enemy of all Muslims?? Aren’t all Muslims commanded by Allah to help each other??

What we need to see is what criteria Iran is using to criticize and what is the criteria behind the formation of the IMAFT. None of them are coming from Islam so none of it can bring respect and success to the Muslims. So dear Muslim brothers and sisters, understand the reality that there is no good in having interests other than those defined by the Almighty, and Allah (swt) tells it clearly in the Quran:

“Indeed, this ummah is one ummah, and I am your Lord, so worship me.”