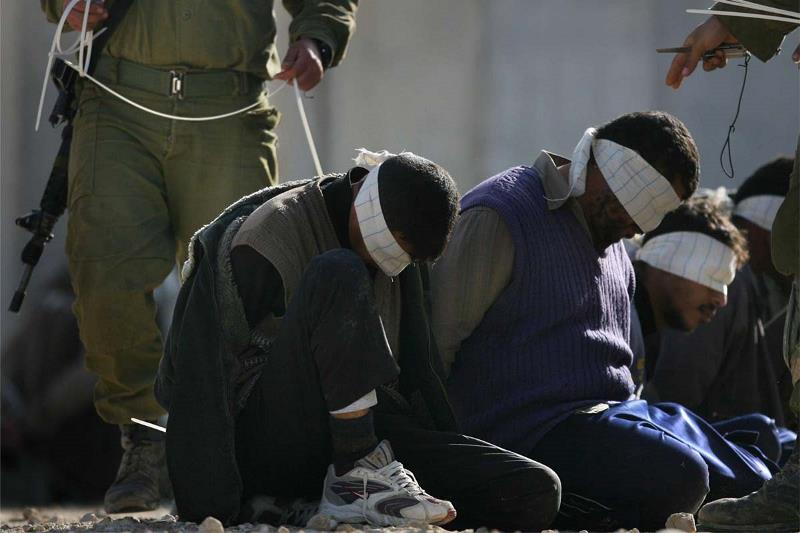 In March 2017, there were 6,300 Palestinian prisoners in Israeli jails, including 500 administrative detainees, according to Addameer. [Reuters] An estimated 1500 Palestinian political prisoners in Israeli prisons and detention centers have declared the beginning of an open hunger strike on 17 April 2017. The call for hunger strike came amidst resentment of Israeli’s cruel policies towards political prisoners and detainees. The hunger striking prisoners’ demands include: family visits, proper medical care, an end to Israel’s practice of detaining Palestinians without charge or trial in so-called administrative detention and stopping the use of isolation. (Addameer.org)

The Palestinian Prisoners, more than 6300 prisoners, young and old, man and woman, suffer at the brutal hands of the occupation forces of the Jewish entity.  April 27th was deemed as Prisoners’ Day for the people of Palestine to stand in solidarity with the prisoners unjustly held in the Jewish entity’s jails.

As Muslims, our hearts ache and ache for the ill-treatment, more accurately the inhumane treatment, of the prisoners in the Zionist jails. Our duaas are for them to be released and reunited with their loved and to live a decent dignified life…not to be humiliated with false promises of the UN human rights organizations, foreign backed organizations that ultimately aid to the propping up of the Jewish entity and its preservation in the heart of the Muslim lands.

These stands and demonstrations of solidarity must be taken in the way that will actually liberate them from the prisons, these prisoners who endure and suffer horrific forms of sexual, psychological, and physical abuse, from the Jewish entity’s forces, indiscriminate of children or women all subjected to severe forms of torture.

Why should the demands of these prisoners be limited to family visits, better prison conditions, and proper medical treatments that are gotten as a result of the monstrosity of the occupying forces? Rather the stand of solidarity must come from the people of power and influence who will actually free these Palestinians from the clutches of the occupiers; and not only limited to Palestine, but also to liberate all Muslims from the despots’ dungeons in Kashmir, Iraq and Egypt.

These prisoners are not an isolated situation but part of a larger fabric called the Ummah … they are not orphans with no one to protect them but are part of the greater powerful Ummah. To declare a day of solidarity will not achieve tangible benefits other than public awareness, but for these prisoners it will not result in their freedom or betterment of their abhorrent situation. A freedom that is inherently their right to live a dignified life with their loved ones in a safe occupation-free land…the Muslim lands without the display of guns, tanks, checkpoints, barbed wired walls separating the families of Palestine from one another.

Palestinian prisoners starve themselves in hunger strikes while the top brass of the Muslim armies look on.  The call needs to be directed to those who hold the potential to liberate the prisoners of the Ummah at the hands of the vile oppressors… they need to mobilize their strengths and armies… they need to take responsibility for their roles in the ranks of power, not to stand by and observe this situation as a Palestinian situation and not their dilemma or in their backyard! The prisoners will not gain their demands at the hands of a government that too is under the umbrella of the Occupation of the Jewish entity. Palestine and its prisoners including the captive Aqsa Mosque need to be liberated by the armies of the Muslim countries and not to be used against one another in spilling the blood of their Muslim brethren for the interests of their masters in the West.