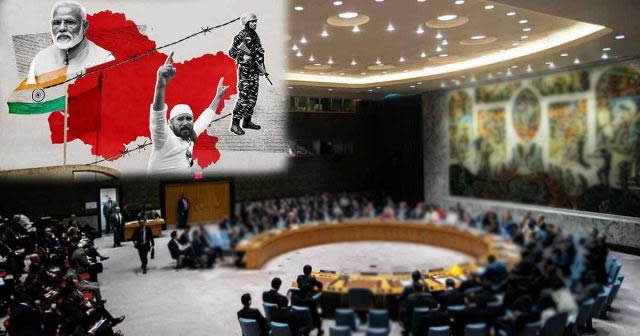 On the 5th of August, Modi revoked Kashmir’s special status, securing India’s control over the region. Now, following Imran Khan’s statement regarding India’s actions, in which he compared India’s action in Kashmir to the example of Modi’s earlier ethnic cleansing of Muslims in Gujarat, there are concerns over the future of the Muslims in Kashmir.

The result? A portion of the world stays silently, inadvertently lending their support to India’s actions. The other portion is condemning it and suggesting that bringing the issue before the UNSC will solve the problem. This suggested solution has culminated in a ‘closed door’ session, where the members of the UNSC are set to discuss the Kashmir for the first time in 50 years.

This attempt as a solution hasn’t worked in the past and it won’t work now, especially, if you consider what the problem is.

This isn’t an issue of India vs Pakistan. It’s an issue of justice and protection for the citizens of Kashmir to solve their problem of being Muslims in the occupied Hindu territory and ensuring they are able to live without a consistent fear for their lives and livelihood. A fear that could be traced back to time when the EIC annexed Jammu and Kashmir in 1846 and sold it to Gulab Singh of the Dogra dynasty for a payment of 7,500,000 rupees. A fear that continued when Kashmir was divided, and India was given control of Jammu and Kashmir’s defense, foreign affairs and communication.

As this reality suggests, the Kashmir issue isn’t new. It’s been an ongoing problem, largely ignored by the UN and its member states. The issue of India revoking the special status of Jammu and Kashmir is just the latest piece of news, which the member states have grabbed onto in the ongoing discussion of the tensions that exist between India and Pakistan.

In 2015, PM Nawaz Sharif spoke of the Kashmir issue in front of the UN, saying that “Three generations of Kashmiris have only seen broken promises and brutal oppression… This is the most persistent failure of the United Nations”. This brutal oppression still exists, with the Washington Post declaring that 2018 is the deadliest year in a decade in Kashmir.

And the UNSC isn’t going to change anything. It’ll make useless ‘gestures’ to quieten the Muslim world; how can it not, when Imran Khan made it so clear that a lack of action could lead to a wave of “radicalization and cycles of violence”. They’ll take actions that please the P.5, actions which ensure that India maintains it’s standing in the international community, actions that help to appease anyone who looks to the UN for a solution, believing that they did all they could.

Just how they did all in Rwanda, where the UN did not stop the genocide from taking place. Just how they are doing in Iraq, where the UN oil for food initiatives and the events following it helped to cripple the nation and push the people to live in horrific conditions.

So, why do we allow ourselves to believe that there will be any change? The Western world has a history of allowing for tragedies, which go against their so called ‘liberal humanitarian’ values and then finding ways to justify it.

The question seems to be one thing; will we follow these hypocritical leaders. As they make statements and take actions which continue to divide the Muslim world, and exacerbate the differences that the colonizers worked so hard to instill?

Or will we accept that in this system, a system which gives the inept UNSC so much power, there will never be a solution that’ll protect the Muslim people- Kashmiri, Rohingya, Syrian, Iraqi people?

If we are ready to say no, we need to look to Islam which has given us a system through which the Muslim Ummah will always have a right to protection. When established, the Khilafah State (Caliphate) will follow Allah’s laws, with the ruler mobilizing the armies and sending them to the areas where the Muslim Ummah faces oppression. It’s only through the establishment of this system that our Muslim brothers and sisters in Kashmir will receive the protection that they are warranted.

Abu Huraira reported: The Prophet, peace and blessings be upon him, said,

“Verily, the leader is only a shield behind whom they fight and he protects them. If he commands the fear of Allah the Exalted and justice, then he will have a reward. If he commands something else, then it will be against him.”
[Ṣaḥīḥ Muslim 1841]