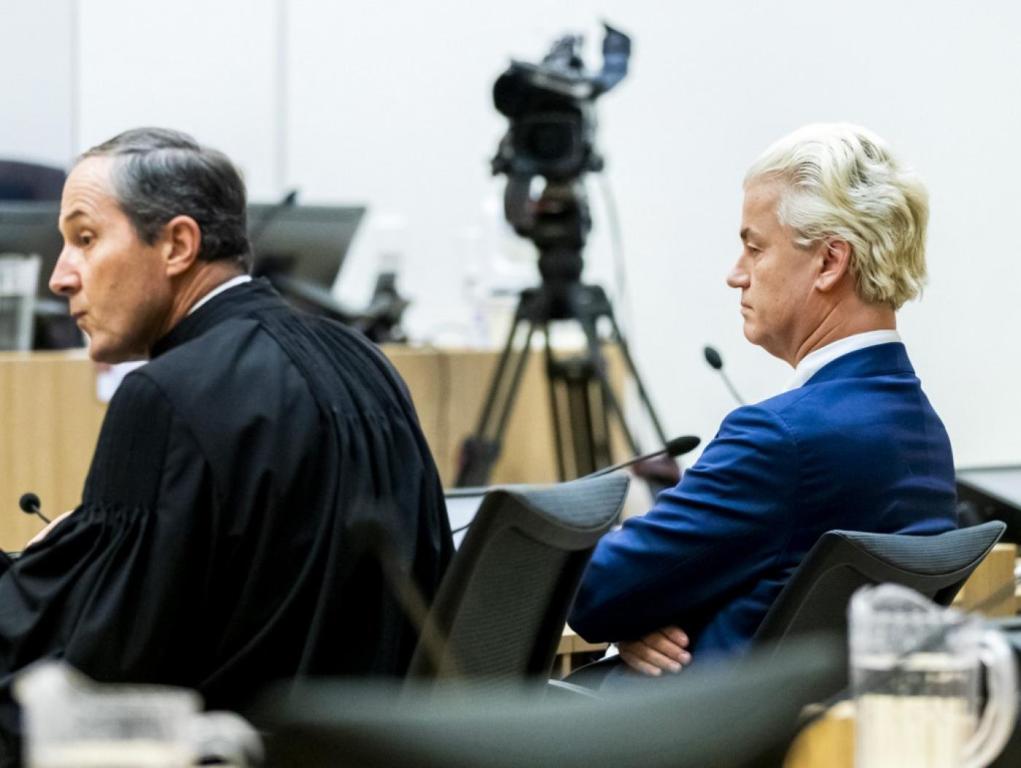 Geert Wilders (leader of the PVV) was acquitted of incitement and discrimination. He will not be prosecuted for his “fewer Moroccans” statement which he made on the evening of the announcement of the municipal election results in 2014. During the evening Wilders was addressing a bar filled with PVV-supporters and asked them if they wanted more or fewer Moroccans. The supporters chanted “fewer, fewer” to which Wilders responded “well, then we will take care of that.” He was only convicted for group insult without sentence, because Wilders as a, “democratically chosen politician has been already paying the price for his statements for years”.

What is implicitly said here is that there is ample or no consequence for insulting a group within society. In other words, the Moroccan community, the Islamic community is degraded to a pariah within society, because apparently it is allowed to openly call to lessen their numbers (without stating how), without consequence.

This is serious especially when the guilty one is a people’s representative that has the capacity to reach millions and influence them with his statements including those far beyond the country’s borders. It is a fact that terrorists like Anders Breivik in Norway and Brenton Tarrant in Australia were inspired by the anti-Islam and anti-Muslim statements of Geert Wilders and gave them a prominent position in their extreme right-wing hate manifests. However, oddly enough the “fewer Moroccans” statement is not considered “inciting to violence and discrimination.”

The law on group insult was created just before World War Two as to fight anti-Jewish sentiments within society. We all know how that ended. This makes the weak and nonchalant course of action against these crimes, by not enforcing strong deterrents (for example by not sentencing) worse than the crime itself.

The essence behind issuing sentences is not just to punish people or institutes, but to serve a higher purpose which includes safeguarding safety and security, peace and stability in society. The question is then; what goal is being strived to by not issuing a punishment after being convicted by an act that affects a large group of people? Is the safety and security of the affected group being safeguarded? Or is peace and stability established between the different groups within society. Or will this result into the opposite?

Moreover, he was found guilty previously in 2016 for the same case for group insult and inciting to discrimination. What actually happened is, that he is now acquitted of inciting to discrimination. The verdict states that the court solely used one standard to determine if crimes were committed which was the law, legislation, international regulations and jurisprudence. The question is: did the law that has been documented in legislation, international regulations and jurisprudence change? If not, is the “fewer Moroccan” statement not inciting others to discriminate against people with a Moroccan background? How can such a claim be supported when a crowd chants “fewer, fewer” as a response to Wilders’ question if they wanted more or fewer Moroccans? Is this not inciting to discrimination? And this does not even include the widespread discrimination that is visible in all layers of society.

In the introduction of the verdict the court states the following: (A democratic society is characterized by pluralism, tolerance and open-mindedness…) Limitation to the execution of this freedom can however be limited as to protect the rights and freedom of others?

Since Geert Wilders was also acquitted for inciting to discrimination after four years; which conclusion are we to make? That more or fewer limitations are enforced to protect the rights and freedoms of others? The answer speaks for itself: Fewer, fewer, fewer.

Geert Wilders also appealed against his conviction of group insult. If we would extrapolate the above course of action he could might as well be acquitted of group insult as well. The message that has been sent up until now is not only that the “fewer Moroccan” statement is not a problem but also that there will be “fewer convictions” in respects to inciting to hate and discrimination against Muslims. The time has come for the Muslims to brace themselves and to increasingly unite ourselves.