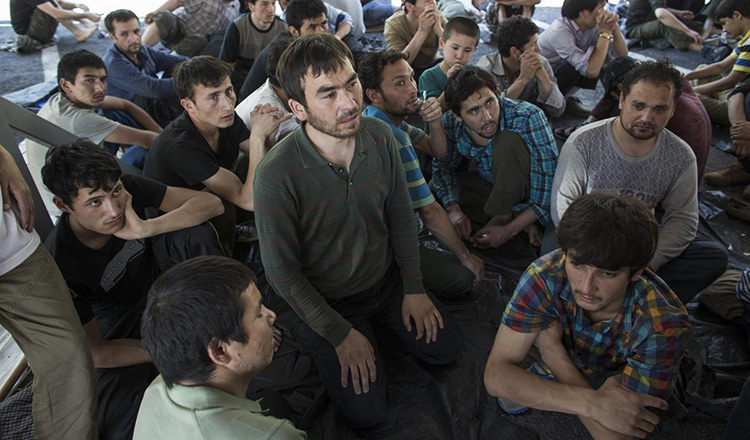 Deputy Prime Minister, Datuk Seri Dr Ahmad Zahid Hamidi was reported to say that the Royal Malaysian Police (RMP) are conducting a thorough investigation over 11 Uighur Muslims currently detained in this country, and will give due consideration to the request made by the Chinese government to extradite them. Zahid, who is also the Home Minister said that Malaysia would honour the mutual legal assistance between both countries and will cooperate closely with the Chinese police in this matter. All 11 detainees are part of 20 Uighur Muslims who managed to escape from a Thai prison in November last year.

Uighur Muslims are part of the Ummah that were forced to flee for their lives from the cruelty of the Chinese regime. Their only “crime” is because they are Muslims, who have been deprived of their rights for decades, and were restrained from practicing their own religion, apart from being oppressed socio-economically in their very own land. Only those who are politically blind and selfish, will fail to see the oppression by the Chinese regime on the Uighur Muslims, whom majority of them live in Xinjiang or East Turkestan.

The Chinese regime justified their atrocities by associating any form of resistance to their authority with the allegation of terrorism. Even if it’s true that some of the Uighur Muslims took arms, they will certainly not do that except as a response to the oppression and murders committed by the Chinese regime themselves. They have been oppressed and deprived of their rights for decades, and their cry are never heard by the Muslim rulers. The Prime Minister of Malaysia himself not only failed to aid Muslim Uighurs, but in turn established a close relationship with that anti-Islam communist regime who murdered them.

Hizb ut Tahrir / Malaysia hereby stresses and reminds the Malaysian government that these Uighur Muslims are our brothers and it is an outright obligation for the government to protect them from the atrocities by the Chinese regime. Furthermore, the Malaysian government must provide shelter and fulfill all their needs, including granting citizenship to them along with all the rights that come with it. It is forbidden (haram) for the government to deport them or allow the Chinese regime to take them away which shall endanger their lives. Rasulullah ﷺ said, «الْمُسْلِمُ أَخُو الْمُسْلِمِ، لاَ يَظْلِمُهُ وَلاَ يُسْلِمُهُ» “A Muslim is a brother of another Muslim, so he should not oppress him, nor should he hand him over (to an oppressor)” [Narrated by Bukhari and Muslim]. Moreover, the government should have urged the Communist Chinese regime to end all forms of atrocities on the Muslim in their country, regardless of their location or ethnicities. All diplomatic and trade relations with the Chinese regime must be cut as long as their hostility towards Islam remain.

O Malaysian government! Even though we are very certain that you are not going to do all those, but as an Islamic political party that works for the sake of this Ummah, Hizb ut Tahrir will never stop reminding you of your responsibility. At the very same time, Hizb ut Tahrir will keep working to resume the complete Islamic way of life by re-establishing the Righteous Caliphate on the method of Prophethood, which upon its establishment soon, our Muslim Uighur brothers and all the oppressed Muslims shall be saved Insha Allah. O government who does not rule with what Allah (swt) has bestowed! Take heed that your time of ruling is not long. With only remnants of your time left, do help our Muslim brothers and do implement what Allah (swt) and His Messenger ﷺ have commanded you to, because at the moment when the Uighur Muslims ask for their unfulfilled rights in the Mahshar, no one can save you from His (swt) severe torment!