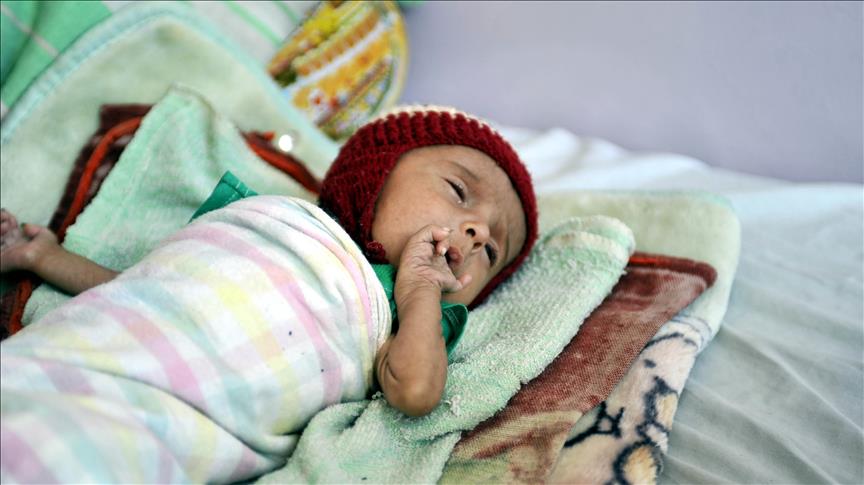 Responding to this case of Asmat, a controversial action was taken by the chairman of Student Executive Board of the University of Indonesia (BEM UI), when Jokowi attended the 68th Anniversary of UI on early February. Zaadit Taqwa, the chairman of BEM, gave a yellow card to President Jokowi as a form of warning for many problems happening in the country, one of these is the tragedy of Asmat. Jokowi immediately responded to the criticism by inviting the BEM UI to review the Asmat Regency, Papua, for those students to see the severe condition of the field. Greenpeace Papua activist Charles Tawaru said Jokowi was wrong in responding to Zaadit’s action. “In my opinion, Mr. Jokowi is wrong to respond. It is better to resolve the problem of Papua than to demand the students (to do it),” he said to Tempo, February 5, 2018. Charles argued that the students’ criticism is constructive. Because, he said, the problem in Papua is not just about malnutrition and epidemic of measles. The expansion of companies in Papua, he added, has led to environmental damage, which concerned with the livelihoods of Papuans and had direct impacts on their welfare.

Papuan children are victims of layered blunders. Firstly, the blunder made by the state for the enforcement of flawed capitalist-style economic policies by handing the Papuan natural wealth to foreign private sector, which has created widespread poverty in Papua. Secondly, the greed of foreign corporations in dredging up natural wealth which has led to environmental damage and epidemic of diseases. Both blunders are exacerbated by foreign geopolitical interest factor, which seeks to separate Papua from Indonesia by riding separatist movements in Papua.

Therefore, listening to criticism from the common people or some critical youth is certainly necessary for the ruler, given the complexity of the Papuan problems, regardless of inaccurate or less professional data. As written by a political figure, Prijantos, in his opinion published in Rakyat Merdeka Online who reminded us to the reaction of the Khalifah Umar ibn Khattab when receiving strong criticism from his people; “Zaadit’s yellow card criticism reminds me about the history of the Khalifah Umar ibn Khattab. He, who loved his people and they loved him too, once was scolded by a poor woman: “I cook these stones to comfort my starving children. This is the crime of Khalifah Umar ibn Khattab. He does not want to look down, whether the needs of the people have been fulfilled or not”. The heart of Umar was sadly shaken, and his tears trickled. He gently said goodbye to return to Madinah, and hurried to carry a sack of wheat for the hungry mother and children on his own shoulder.

Had Zaadit lived in the era of Khalifah Umar bin Khattab, and Zaadit’s yellow card was givten to him, then it was Umar bin Khattab who would apologize and thank him for his warning. That is the values ​​of leadership based on Islamic teachings.

On the other side, criticizing the rulers is actually also part of the teachings of Islam, so the “ship” of the country would not sink. Anyone who becomes the master of a ship, if he deviates from the bow, he should be reminded by the passengers of the ship. The shipmaster must not feel the ship belongs to him; if a passenger shouts that there is a leak in the ship, he must stop the leak instead of silencing the passenger’s shout.

Islam clearly provides the definition of power and a ruler, including conditions of being a ruler. A ruler is the protector, guardian, and leader who’s chosen to carry out his leadership mandate based on the Sharia of Allah, and he is responsible for the benefit of his people. A ruler is not an official, a party representative, nor an entrepreneur who can casually manage the wealth according to his personal interest, as well as the interests of his party, and his colleagues. Islam prescribes that the abundant deposits of natural wealth such as copper and gold mines in Papua, which are currently controlled by Freeport, are public property owned by all people without exception. The wealth should not be authorized or granted to private sector, moreover foreign private sector. The wealth must be managed by the state as representative of the people and the result is entirely returned to the people, such as in the form of various services to the people, including children and women.

The tragedy of Asmat in Papua will only be resolved by a ruler who understands, defends, and implements Islam as a package of life rules in a kaffaah manner. A ruler who truly listens to his people’s moans, and at the same time he has a big heart in receiving criticism, even a harsh warning. A ruler who, with Taqwa, seeks to realize an independent, advanced, and leading sovereign state who will reject any form of foreign intervention that threatens the sovereignty of the state. All that can only be realized through the comprehensive implementation of the Islamic system within the framework of the institution of Islamic power that is al-Khilafah Rashidah (rightly guided Caliphate) based on prophetic method. Allah’s Messenger ﷺ said,

“If any ruler having the authority to rule Muslim subjects dies while he is deceiving them, Allah will forbid Paradise for him.” (Sahih Bukhari)‏