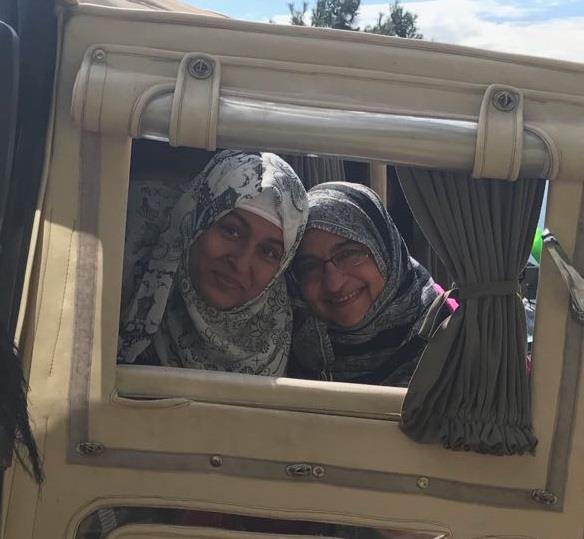 In the early hours of 30 July 2018, intelligence personnel abducted Sister Romana Hussain, a respected, renowned teacher (معلمة) of Islam and mother of four children. She is a graduate of psychology and philosophy from the prestigious St. Joseph’s College and has a masters degree in Islamic Studies. Upon finding literature of Hizb ut Tahrir in her home in Karachi, these thugs seized her, not caring for the sanctity of the home or depriving her children of her care. The despicable actions against Sister Romana are from the example of the Quraysh tyrants, who cared not for the honor of the women, torturing Sumayah (ra) and martyring her as the first martyr in the Ummah of RasulAllah ﷺ. The actions against Sister Romana are according to the instructions of America, the real master of the regimes that come and go in Pakistan through elections, coups and soft coups. And these actions firmly establish that there will be no “New Pakistan” and no “Madinah State” post elections. Indeed, it is clear that Pakistan remains an American Raj, when the chaste, believing woman is not protected in her Deen.

Hizb ut Tahrir / Wilayah Pakistan invokes the words of Allah (swt) and His Messenger ﷺ before the new rulers as well as the caretakers, so perhaps they may take heed. Allah (swt) said: إِنَّ الَّذِينَ فَتَنُوا الْمُؤْمِنِينَ وَالْمُؤْمِنَاتِ ثُمَّ لَمْ يَتُوبُوا فَلَهُمْ عَذَابُ جَهَنَّمَ وَلَهُمْ عَذَابُ الْحَرِيقِ “Those who persecute the Believers, men and women, and do not turn in repentance, will have the Penalty of Hell: They will have the Penalty of the Burning Fire.” [Surah Al-Buruj 85:10]. RasulAllah ﷺ said, «ومن عادى أولياء الله فقد بارز الله بالمحاربة»  “And whosoever shows hostility to the Awliya (ones close to Allah) of Allah will vie with Allah in belligerency.” (Hakim narrated as Sahih from Mu’aadh bin Jabal. And in the Hadeeth Qudsi, it is narrated, قَالَ رَسُولُ اللَّهِ صَلَّى اللَّهُ عَلَيْهِ وَسَلَّمَ: «إِنَّ اللَّهَ قَالَ مَنْ عَادَى لِي وَلِيًّا فَقَدْ آذَنْتُهُ بِالْحَرْبِ» “The Messenger of Allah ﷺ said that Allah said, ‘whomever harms my Wali I will declare a war against him’ …” [Bukhari].

Thus, Hizb ut Tahrir demands that the new rulers fear Allah (swt), redress this flagrant wrong and secure the immediate release of Sister Romana Hussain to her children, allowing her to continue her peaceful call to establish Islam as a way of life, through the re-establishment of the Khilafah (Caliphate) on the Method of Prophethood. And should the new rulers insist to continue acting as slaves to American masters, they should know that they have belittled themselves by not learning from the fate of those tyrants who preceded them. Allah (swt) said,

“Have they not traveled through the land and observed how was the end of those before them? They were more numerous than themselves and greater in strength and in impression on the land, but they were not availed by what they used to earn.”