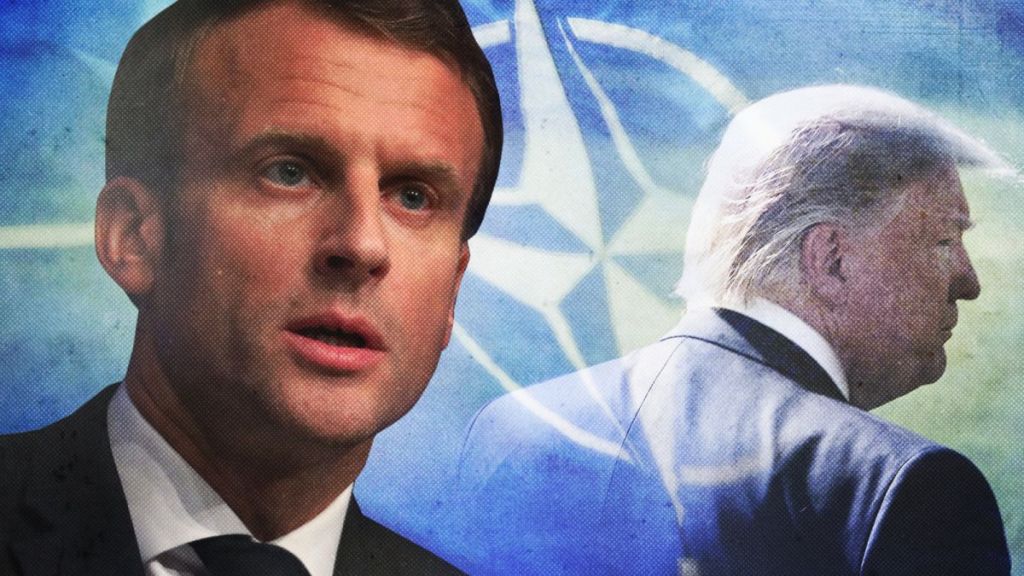 Recently, French President Emmanuel Macron made a stunning statement to The Economist in which he professed, “What we are currently experiencing is the brain death of NATO.” Additionally, Macron attributed the US deserting Europe as the sole reason for the current state of affairs. [1] This obviously raises the possibility whether NATO has a viable future or not.

Macron in his defense can rightly point to Trump’s Presidency as a major factor behind NATO’s demise. Trump has repeatedly lectured NATO members to cough up more money or face the consequences. Unabashed, Trump has made excessive overtures towards the rehabilitation of Putin’s Russia despite inaction over Ukraine and Russia’s meddling in several European countries. Lately, Trump’s green light for Erdogan to establish a safe zone in Syria made a mockery of the NATO alliance— the White House did not consult important allies like Britain and France.

Supporters of NATO will contend that France always maintained a bitter attitude towards NATO and was extremely antagonistic of America’s stewardship. Under the Presidency of Sarkozy, France’s on-off relationship with NATO formally ended in 2009, 43 years after Charles de Gaulle withdrew citing differences over America’s leadership role in NATO.

Concerns about America’s domination of Europe and NATO’s role in the world is not new. After the demise of the Soviet Union in 1991, many European countries questioned America’s eagerness to expand NATO’s mission. This is after America created NATO in 1948 to suppress German militarism, counter Soviet expansion into Western Europe and retain control of European security.

This policy also enabled America to become the first non-Eurasian power to enjoy unrivalled pre-eminence over Eurasia. America manipulated NATO’s mission from a defensive posture to an offensive one soon after the collapse of the Soviet Union, and used NATO to push Europe’s security architecture to include Eastern Europe thereby marginalizing Russia’s sphere of influence.

Hence, it is difficult to believe that even under Trump’s presidency America would jettison NATO and retreat. The stakes for America are simply too high. Besides, Europe in the near future could not replace America and provide for its own security. The International Institute for Strategic Studies estimates that to replicate a NATO like security structure under European auspices would cost $347 billion, and take 20 years to achieve. [2]

Old Europe has long resented American control of European security through structures like NATO. Macron is a vocal mouthpiece for such sentiments and he is not afraid to express this in public, whereas Markel, eager to avoid a protracted trade war with the US, is more circumspect about her views. She quickly dismissed Macron’s remarks, even though in the past she has expressed similar worries about America’s ambivalent attitude towards NATO and European security in general.

As for Trump, he would like to the see the breakup of the EU but not NATO. America wants to keep the post war organization to provide security to a collection of European nation states rather than the EU from the preying eyes of Russia.

One thing is for sure. The transatlantic relationship between the US and EU—once the cornerstone of America’s world order—is seriously fractured and it is unlikely to survive in the years to come. This may provide America’s non-European rivals (Russia and China) the small opportunity to supplant the US (should America decide to retreat) and act as external balancer on the European continent. The only other non-European state that enjoyed such a role was the Ottoman Caliphate in the 16th century.