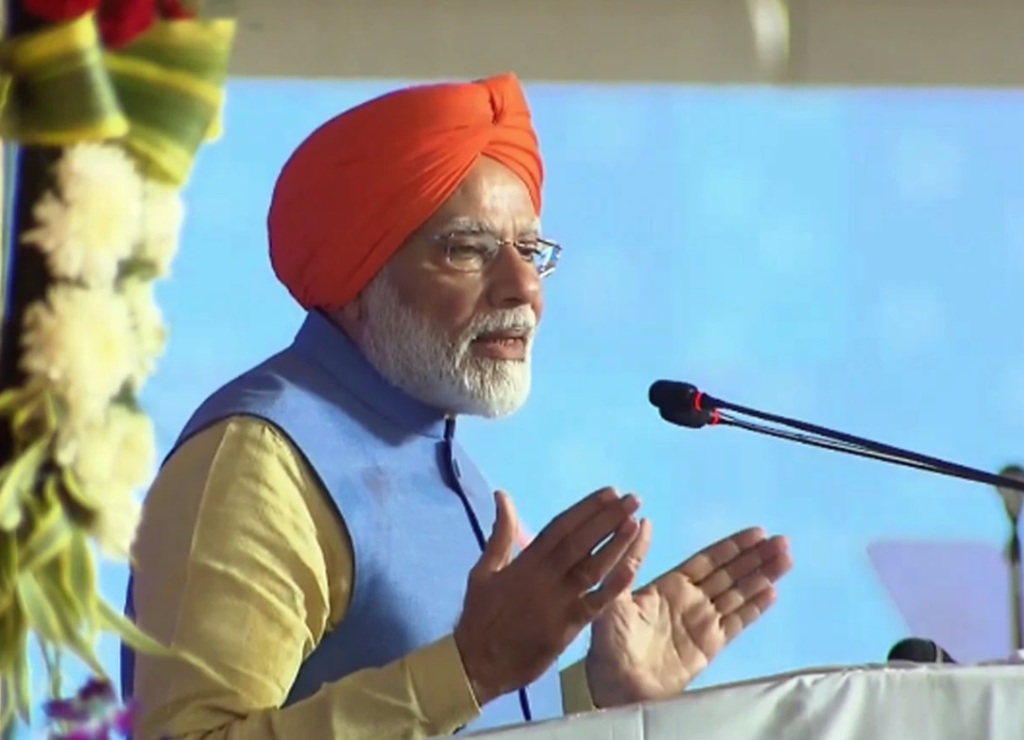 Today, 9 November 2019, the Bajwa-Imran regime, the internal facilitator of the Akhand Bharat (“Greater India”) plan, prostrated to yet another Indian demand, as envisioned by Manmohan Singh in 2007 when he declared, “I dream of a day…. one can have breakfast in Amritsar, lunch in Lahore and dinner in Kabul.” The rulers of Pakistan are granting concessions to create a soft border with India, in order to fulfill the American plan to ensure that Hindu State can project its regional hegemony right into Central Asia.

In February 1999, the Kartarpur project was initiated on the demand of the then Indian Prime Minister, Vajpayee, and in August 2018, General Bajwa assured its completion, whilst embracing Navjot Singh Sidhu. In order to complete the project in record time, the emaciated state treasury was opened wide, with its first phase costing a staggering 13 billion rupees. In order to make it a success, the condition of having a valid visa was waved, without restriction to the Sikhs alone, as if Pakistan were the open backyard of the Hindu State. Upon the Bajwa-Imran regime’s compliance with the long standing Indian demand, Modi gleefully declared that, “I would like to thank the Prime Minister of Pakistan, Imran Khan Niazi, for respecting the sentiments of India. The opening of Kartarpur Sahib corridor before the 550th birth anniversary of Guru Nanak Dev Ji has brought us immense happiness.”

So, the Bajwa-Imran regime declares anyone, who tries to cross the Line of Control (LoC) to assist the Muslims of Occupied Kashmir, a traitor, but opens Pakistan’s border for Sikhs who are part of the oppression unleashed upon the Muslims of Kashmir. Thus, the regime disguised its betrayal under the cover of religious tolerance and winning the hearts of India’s Sikh community as a fifth column within the Hindu State, through inciting their movement for an independent Khalistan. The speeches of Navjot Singh Sidhu, Shah Mehmood Qureshi and Imran Khan are sweet tongued, with stabbing daggers concealed in the bosom, pouring salt on the wounds of the Muslims of Occupied Kashmir. Thus, the lowly regime is whispering of inciting a Sikh insurgency, present the lollipop of Khalistan Movement to throw dust in the eyes of the Muslims of Pakistan, whilst stabbing a dagger deep into the back of Kashmir’s resistance which has already sacrificed over one hundred thousand lives!

And why on earth would the cunning Modi spend 15 billion Rupees on his side of the Kartarpur corridor, if its purpose really is for Pakistan to win the hearts of the Sikh community against the Hindu State? Indeed, those who plunge into humiliation without heed, certainly invite even more humiliation. It is telling that on the very day the Bajwa-Imran regime humiliated the Muslims, the Indian Supreme Court added to the humiliation by handing over the six-century old Babari Masjid site to RSS Hindus so they can build a Rama temple. With the passage of each day the completion of the Akhand Bharat (“Greater India”) nightmare is drawing near, with the spineless Bajwa-Imran regime countering with nothing more than tweets, speeches and simpering protest. It is a regime that is hard on the believers, but as soft as silk for the Kuffar.

O Sons of Khalid bin Walid (ra) in the Armed Forces of Pakistan! Your silence and inaction is creating room for the implementation of American plan, whilst Hizb ut Tahrir offers you the sincere political leadership to make Islam dominant in the Indian Sub-Continent by re-establishing the Khilafah (Caliphate) on the Method of Prophethood. So who amongst you who will embrace honor and success, soothing the hearts of the Muslims, by defeating their enemies? Allah (swt) said, يَا أَيُّهَا الَّذِينَ آمَنُواْ اسْتَجِيبُواْ لِلّهِ وَلِلرَّسُولِ إِذَا دَعَاكُم لِمَا يُحْيِيكُمْ “O you who believe! Respond to Allah and His Messenger when he calls you to what gives you life.” [Surah Al-Anfal 8:24]