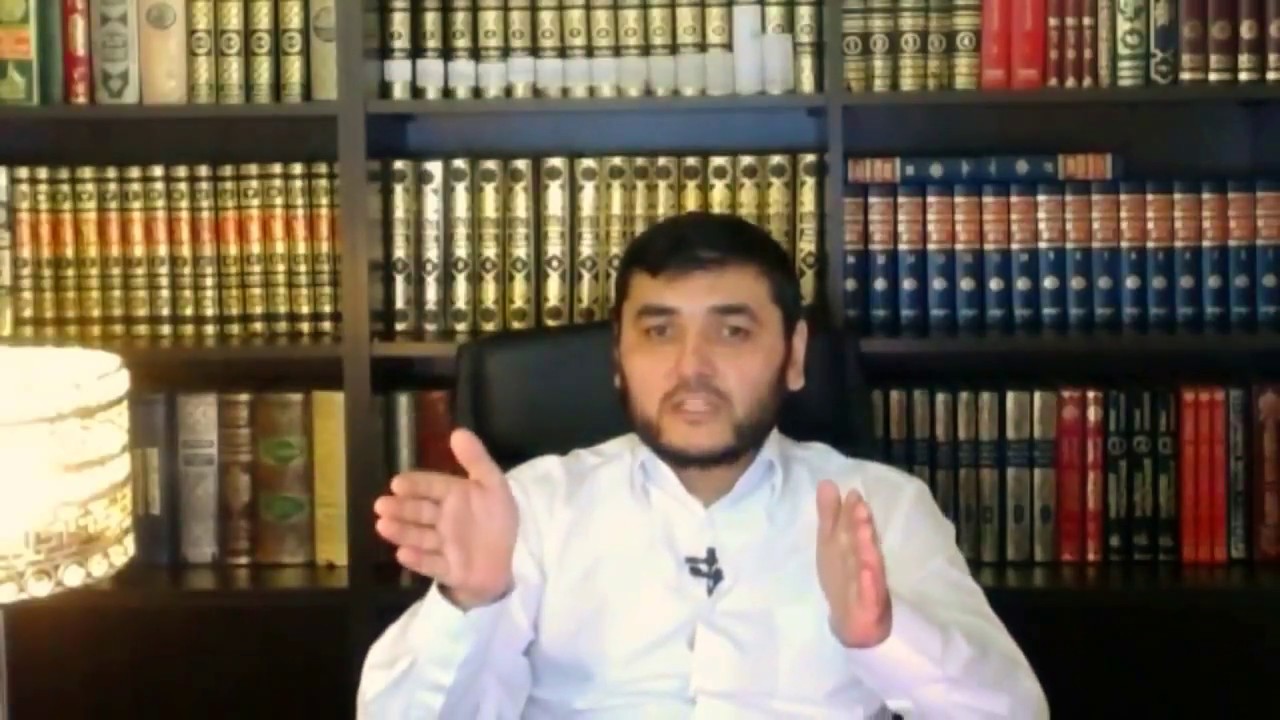 On August 13th 2019 in the airport of Odessa city (Ukraine), Mahmud AbdulMomin (Mahmud Khaldarov) was detained by Interpol’s request from Kyrgyzstan. On August 19th the Ukrainian court judged to apply restraint in the form of temporary arrest for 40 days.
(Source: khpg.org )

Comment:
Mahmud AbdulMomin (Mahmud Khaldarov) is a famous Islamic dawah carrier and blogger in the Uzbek segment in the internet. His ideology is far from terrorism and extremism and his lectures are known to many people.

It becomes obvious that Mahmud is persecuted only for his Iman in Allah, the Creator of worlds. Allah (swt) says in Surah al-Buruj:

“And they resented them not except because they believed in Allah, the Exalted in Might, the Praiseworthy, To whom belongs the dominion of the heavens and the earth. And Allah, over all things, is Witness.”
[TMQ 85: 8-9]

It is not the first and may be not the last time when tyrant regimes of Central Asia attempt to seize their citizens and carry out savage reprisal by using such international institutions like Interpol. Rulers of these Muslim countries did not stop after they turned their countries to prisons under skies but started to request own citizens by extradition procedure. They persecute Muslims irrespective to which Islamic organization they belong since any manifestation of Islam is considered by them as a treat for their tyranny and deprives them from sleep and tranquility.  This is the plight reality of Central Asia today. And this occurs despite of the fact that Muslims of this region for many centuries freely professed Islam and enjoyed its rule. Central Asia has given to Islamic Ummah such famous scholars as Imam Bukhari and Imam Tirmizi.

Though when general decline affected the Ummah, it resulted in the situation when Central Asia for last two centuries faced expansion and repressions of non-Muslim states. Tzar Russia started its invasion in the region in 19th century. After 1917, Muslims of Central Asia for a long time resisted against soviet rule which resulted in mass repressions and purges by communists. After the collapse of the atheist USSR, Muslims in this region despite the 70 year rule of militant atheism started the swiftly return to Islam. In the first years after the collapse of the USSR, many mosques were restored, state and private madrasas opened, and the amount of Islamic teachers reached thousands.

Islamic renaissance of Central Asia with a glance that it has strategical significance and nearness to Islamic world resulted in anxiety of leading capitalistic states, Russia and China as well. Therefore, after the second half of the nineties, repressive regimes were restored in these Muslim countries, which enforces their anti-Islamic policy from year to year.

On the 14 th of June 2001 and in order to oppose Islamization of the region and near countries, Shanghai Cooperation Organisation (SCO) was established. After that day SCO under leadership of the Islamic Ummah enemies, Russia and China, it becomes the main structure in struggle against the Islamic revival of Central Asia.

It is worse to mention the hypocritical stand of Western countries. This is very important since some Muslims still repose hopes in these countries. Muslims should realize that the tyranny which makes them victims strengthens at the instigation of the West which shows feigned concern and supports tyrants of Central Asia since it wants to plunder wealth of the region and wants to preserve “stability” from the Islamic treat.

Muslims of Central Asia witnessed many exposures of Western double standards. One of such outrageous exposures is the book “Murder in Samarkand” whose author, Craig Murry, the former ambassador of Britain to Uzbekistan was discharged for arraignment of Western countries. Murry claimed that Western countries turned a blind eye to the crimes of Karimov which were justified by war against international terrorism.

Here it is worse to mention the following important facts:
Central Asia tyrants and their henchman claim that they gained victory in war against terrorism and extremism under which they consider Islam. We should say that all these reports are nothing but mystification.

Their own actions expose their lies since, while claiming their success, they continue to make tougher draconian rules and pressure on Muslims.

It should be asked: Why do they strengthen pressure on Muslims if they consider themselves victorious against Islam?

Activization of extradition requests from Central Asia countries in general and the request for Mahmud AbdulMomin particularly is the best manifestation for the fact that Central Asia tyrants are defeated in their struggle against Islam.

As for the outcome of struggle between Eman and kufr, truth and lies, oppressed and tyrants, we see the answer in the Holy Quran:

It is not far when Central Asia Muslims will get rid of the tyrant governments and once more they will enjoy the welfare of their religion and the wealth of their lands.