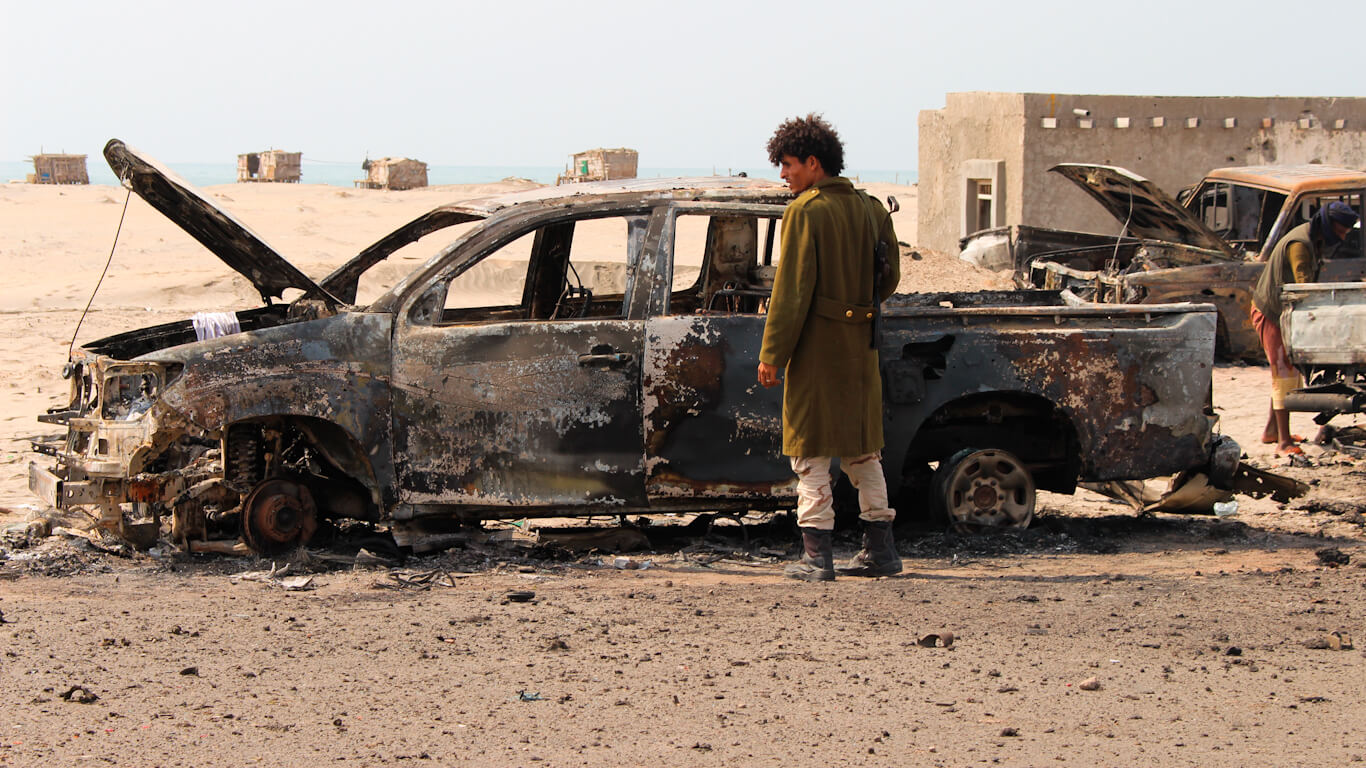 The storm in Eden province as well as Abyan and Shabwah is still ongoing with bloody events that were led by the Transitional Council after inviting Hani Buraik to control Abdu Rabbu Hamdi at Maasheeq, and after that Abyan province so they controlled its capital Zinjibar and Shaqra that are near to it on their way to control Shabwa province.

The heated and bloody clash has intensified when a UAE flight launched ten raids on Eden and Abyan provinces that resulted in killing and injuring 300 people on 29/08/2019, as they were targeting to stop Hadi’s troops from coming forward and from accomplishing any advancement in Eden province after the Transitional Council forces lost control over Shabwa province. The speed of the exchange of control between the Transitional Council and Hadi’s forces over the areas makes the listener bewildered and surprised how can that occur, and then links it to the British announcement to hasten the merging of the transitional forces and Hadi’s forces for the two are their agents?

The British have not quenched their thirst – and they are known in history to be vampires and cannibals – from the blood of the people of Yemen since their support to the royalists in Sana’a between 1962-1968 while passing and fighting beside the national front to pass her the governance of Eden in 1967, throughout the 70s, 80s and 90s of the last century, and their thirst will not be quenched, for they are still continuing to cause bloodshed by the hands of their stepdaughter the UAE in order to widen their agents’ share in the coming negotiations about Yemen after they have expelled the Houthis from their colony Eden.

O our people all over Yemen in the north and the south: Have you not had enough of what you went through of bloody conflict for almost sixty years where hundreds of thousands of lives were lost not for the interest of Muslims, nor for the consolidation of the rule of Islam and defending it, but the sole reason was for the existence and the continuation of the British political dominance over you and preventing its removal, and the substitution of the American political dominance that yearns to be in its place.

Al-Bukhari, Muslim, Annisae and ibn Majah narrated that Jarir bin ‘Abdullah (May Allah be pleased with him) reported: The Messenger of Allah (saw) asked me on the occasion of the Farewell Pilgrimage to tell the people to keep silent, then he (saw) said,

“Do not revert to disbelief after me, chopping the heads of one another.” Sunan ibn Majah narrated from Abu Umamah that the Messenger of Allah (saw) said:

“Among the worst people in status before Allah on the Day of Resurrection will be a person who loses his Hereafter for the sake of this world.”

So take head and learn the lesson and come back for surely Allah (swt) is asking you to enjoin His orders and forbid all that displeases Him for He (swt) is telling you:

“The command (or the judgement) is for none but Allah. He has commanded that you worship none but Him (i.e. His Monotheism), that is the (true) straight religion, but most men know not.”as you have tried communism and capitalism while you are Muslims so wouldn’t you go back to Islam and implement it by establishing the Khilafah Rashidah (righteous Caliphate) state on the method of Prophethood so would you answer the call?

“O you who believe! Answer Allah (by obeying Him) and (His) Messenger when he (SAW) calls you to that which will give you life.”