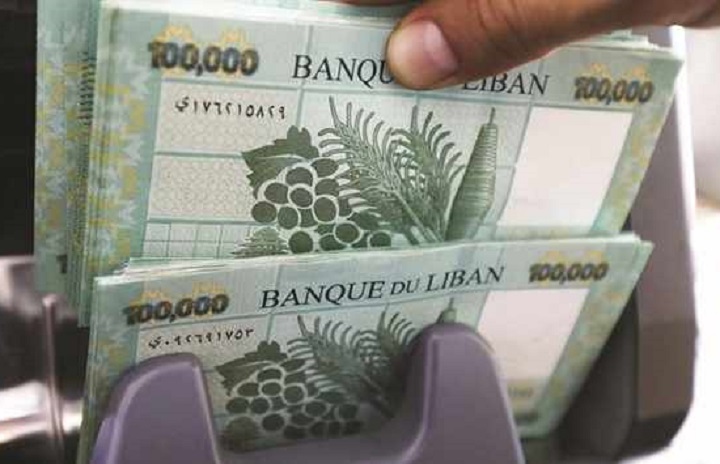 While the fall of the lira touched the threshold of thirty thousand liras per dollar, and with the outrageous high prices in all aspects of life, the collapse of the purchasing power of the lira to the limits of 95% of its value, and the salaries of the employees that became even less than subsistence, the ruling politicians in this country come out to us, to make people hear their voices of dissonance in lamenting over powers, exchanging accusations, juggling responsibilities, and threatening to break agreements or resignations; as if people have the luxury of listening to them, or thinking about their words.

People have become between the rich and the rich from your class or those who follow you or walk your way, and the poor who cannot find food for their day, so that the painful sight of the seekers in the waste containers became a recurring issue and is witnessed at every corner. Perhaps – for the first time in Lebanon – the middle class is almost disappearing! All this is during your dark era, your rampant corruption, your obsession with power, and even domination over the necks of people.

And we realize that one of you jumping from the other’s boat, or insulting his ally, or shouting at each other, or even the alliance of those of you who appear to be opposed to each other, is not new in Lebanon, and usually it is nothing more than one or both of two matters:

The orders have come from your American master that what is appropriate for this stage is the marginalization of a party or parties, the elevation of a party or parties, or the building or demolition of alliances, for regional or international accounts with your master, who is building over your heads the second largest embassy in the region, although a small building is enough to manage you! But it is the hidden wealth under our shores that your master is doing his best to directly plunder it himself, and not just appointing you to plunder it as it was the case before.

Or is it the tension that you all need among your masses on the cusp of the May 2022 elections, elections in which political taboos are violated, alliances are reformulated, even temporarily, and faces change, but hearts do not change, because in content you have the same view of the country and its people. A farm that will provide you with looting and theft of the country’s resources, even if the people are poor or hungry!

But we all know your tricks and political malice, which is to strengthen your masters in the White House, or even less of that in the American embassy, and the strengthening of the sectarian and sectarian nerves on the threshold of the elections.

The time has come to resoundingly announce the removal of this class and repudiation of it without exception, and to make what they are trying to do at the doorsteps of the elections a slap in their faces; and to work with Hizb ut Tahrir to establish the State of Justice and Righteousness, the second Khilafah Rashidah (Rightly Guided Caliphate) upon the method of the Prophethood, in which everyone who lives under its control and carries its subordination enjoys all the rights, regardless of religion, sect and race, and – at the very least – everyone in it feels family security and has good health; and possesses provision for his day, before a day comes when you will be with these politicians, as our Lord Almighty said:

“And they will say, “Our Lord! We obeyed our leaders and elite, but they led us astray from the ˹Right˺ Way.” [TMQ Al-Ahzab: 67]. And their condition will be with you, as our Lord Almighty has said:

(إِذْ تَبَرَّأَ الَّذِينَ اتُّبِعُوا مِنَ الَّذِينَ اتَّبَعُوا) “Consider the Day˺ when those who misled others will disown their followers.” [TMQ Al-Baqarah: 166].

“This is an insight to humanity—a guide and a lesson to the God-fearing.” [TMQ Aali-Imran: 138]