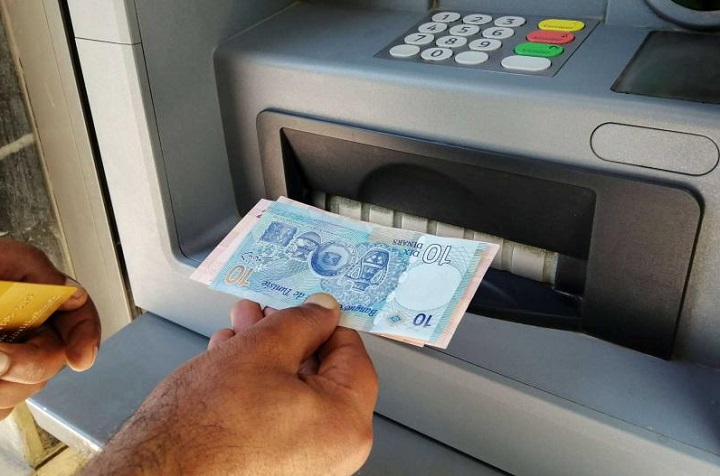 On Tuesday, 28/12/2021, Minister of Finance, Siham Boughediri Namsiyah announced during a press conference on the government’s budget for the year 2022, which was issued by a presidential decree that included the chapters of the Finance Law for the year 2022, she estimated the deficit at 8.548 billion dinars. She said, “The Tunisian state will need additional loans worth 19.9 billion dinars, including 12.6 billion dinars from abroad and 7.3 billion dinars from within the country.” To justify Tunisia’s resort to the International Monetary Fund once again, rather, to announce her joy that Tunisia will soon enter into negotiations with the IMF!

1- In the face of the continued tampering with Tunisia and its capabilities, we in the Media Office of Hizb ut Tahrir in the Wilayah of Tunisia want to clarify to the public opinion the following:

This decree refutes the president’s claims that there is a new phase and a new thought. The government of the president with this finance law follows the same path that the successive governments have followed in Tunisia since it was under the Financial Commission Mandate, which the state has not departed from to this day. Where is its new thought then? And where is “the people want…”? Or is it just camouflaging and deception.

2- President’s Finance Law is nothing but a long list of unjust and oppressive taxes, as tax revenues took the largest share of the expected revenues in the 2022 budget, which amounted to approximately 38.618 billion dinars, with an estimated value of 35.091 billion dinars, noting that the volume of indebtedness rose to a new record level amounted to 100 billion dinars ($30.3 billion), representing 90% of GDP. This is another budget, which aims to punish millions of Tunisians for digging deep in their pockets, thus remaining – as usual – the largest source of state income, while they suffer from high inflation and the high prices of basic commodities! Where is the president’s claim of recovering the people’s money from thieves?!

3- The reforms promoted by the President and his government are a token of affection for the International Monetary Fund, the enemy of the people, and it is based mainly on its unjust conditions: devaluation of the dinar against foreign currency, lifting of subsidies, selling public institutions, and freezing the mass of wages.

The devaluation of the dinar will increase the inflammation of most of the prices of transferred materials, and the lifting of fuel subsidies will lead to an increase in the economic downturn, with producers leaving the production cycle when the cost of production increases, in addition to the fact that closing the door to assignment in the public office will deprive hundreds of dreamers with higher degrees of their right to work And there will be no solution left for the state except to sell some public institutions or to grovel at the doorsteps of embassies in the hope that it will obtain a usurious loan that will further deepen its crises.

O our honourable people in Tunisia,

You are being punished for your revolution, and this time the punishment comes to you from a president who dressed up as the pious revolutionaries, and claimed that he is fighting thieves to recover your looted money, yet he enacted a finance law for the year 2022 that only targets your pockets to drain what is left in them for the benefit of foreign looting circles, and in implementation of their destructive policies for the country’s economy.

One of the most dangerous things we are facing today in Tunisia is the destruction and enslavement that this budget brings, and the further deepening of the usurious debt ratio, while President Kais Saied deludes public opinion of change, leading us to accept the conditions of the colonial circles. The IMF and its derivatives, and while he preaches about sovereignty, he signs our bond of bondage, and while the thieves who resided in the Bardo Parliament threaten, he is silent about the great thieves who stole and steal our wealth every day.

O our honorable people in Zaytouna in Tunisia,

Are we not Muslims from the Ummah of Muhammad (saw)? Didn’t Allah (swt) send us a Deen to honour us? Why are we humiliated by asking and begging our enemies?! Isn’t there in the laws of our great Islam solutions to our problems? What relevance is their menial man-made laws to us?!

The time has come for us to confront this secular capitalist absurdity, which does not fulfil its covenants with us, and to move towards the implementation of the divine rules of Islam that contain the cure for all our problems. There is no life without Islam, no dignity without Islam, and no honour except with Islam and its rulings that are implemented by a real state, which is a state that succeeds the Messenger of Allah (saw), in taking care of people’s affairs with Islam, a care in which will give them dignity and glory, not humiliated, despised and attacked by nations.

“And to Allah belongs [all] honor, and to His Messenger, and to the believers, but the hypocrites do not know” [Al-Munafiqun : 8].