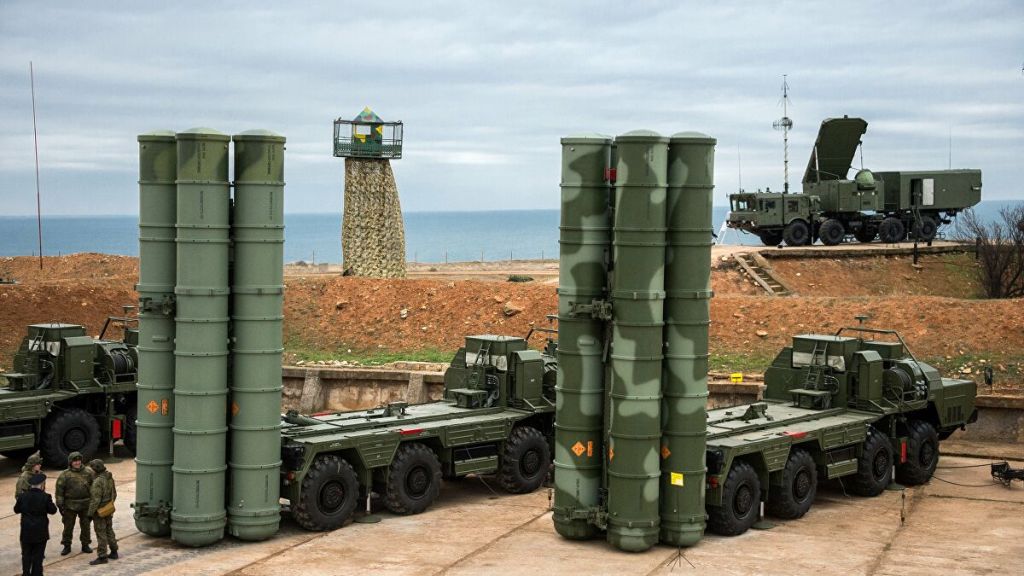 After the deadly border clash with China, India has requested Russia to expedite the delivery of S-400 Triumf air defense system. Russia has provided assurances that it will provide some components like missiles and bombs for the Indian air force (IAF) to use. [1] The remaining components will be delivered next year, and it is anticipated that S-400 will reach full operational capability by end of 2021. [2] Indian military officials believe that the deployment of S-400 will discourage Chinese aggression and provide India with air supremacy against Pakistan. Some pundits even speculate that the induction of S-400 air defense system will prove to be a game changer for India.

Clausewitz once remarked that war was a means to a political end. There is a tendency amongst military officials to concentrate too much on military tactics and lose sight of political objectives. The S-400 saga appears to be one such example.

The S-400 air defense system was first introduced into Russian service in 2007, and it has evolved from the previously dated S-300. The S-400 competes with America’s THAAD and PAC-3 air defense systems, and in many ways is superior to the American versions. In 2017, The Economist paid glowing tribute to the S-400 and described it as “one of the best air-defense systems currently made”. [3] Predictably, several countries are actively pursuing the purchase of S-400. In 2021, the Kremlin intends to launch the S-500 Prometey—a Russian surface-to-air missile/anti-ballistic missile system which will further augment the capabilities of S-400 and this poses a considerable challenge to America’s air defense systems.

The S-400 consists of variety of components such as radars, launchers, missiles, interceptors and works extremely well as part of a multilayered integrated air defense (IAD). Both Russia and China are likely to see the full benefits of S-400, as they have highly integrated air defense systems where S-400 is the jewel in the crown. [4] Due to the lack of full integration with their existing air defense systems, it is doubtful that Turkey and India will avail full benefits of S-400.

India has ordered five S-400 batteries—two of which will be placed near the Pakistani border and the other three will be stationed close to India’s long border with China—at a cost of $5.2b. China already has S-400 integrated into its sophisticated aerial defense system and will hardly be deterred by India’s placement of S-400. Besides, China is better equipped and prepared in other dimensions of warfare such as land, cyberspace, and space. Additionally, China possesses a superior unity of command, better computing technology and intelligence (C4i) than India. Much of India’s critical technology is either dependent on Chinese technological infrastructure or is easily prone to cyberattack from the Peoples Liberation Army (PLA).

India’s military platforms are quite inferior to Chinese ones. This is principally due to India moving away from Russian military equipment to American military hardware, and interoperability is a major issue. [5] This is further compounded by India’s decision to buy S-400 from Russia and replace its aging aircraft with French Rafale fighter jets. The wide array of equipment compromises the effectiveness of India’s defensive and offensive military platforms. It also calls into question India’s integration into America’s quadrilateral security architecture (Japan, Australia, US and India) spanning the Indian Ocean and the Asia Pacific region. Disappointed, the Americans have on several occasions threatened India with sanctions over the purchase of S-400.

Furthermore, China has worked tirelessly to reduce India’s influence amongst its satellites. China’s standoff with India has emboldened Nepal to station troops adjacent to its border with India. China is Bangladesh’s top trading partner since 2005, and recently waived off tariffs on 97% of Bangladeshi goods entering the Chinese market. [6] China is also constructing a submarine base in Cox’s Bazar and operates ports in Sri Lank and Pakistan. This enables China’s navy to station its ships at these ports and severely impede India’s naval ambitions. From this perspective, it is difficult to see what strategic value S-400 bestows India’s armed forces in current tensions over Ladakh, or in future military engagements with China.

Although the case for deploying S-400 to give India’s air force supremacy over Pakistan appears more plausible, close examination reveals India may struggle to attain the full benefits of S-400. India’s two S-400 batteries gives India’s air force a maximum of 64 surface-to-air-missiles (SAMs), and the range is about 300 to 400 km.  If the batteries are placed near the LoC, the high altitude and mountainous area is likely to impact the efficiency of sensors and radars thereby decreasing the operational range.  In any case, the batteries will be vulnerable from Pakistani missiles such as Ghauri, Shaheen-1A, Ghaznavi, Abdali, CM-400 AKG, and other missiles as well as decoy drones.  Pakistan can also use its MIRV Ababeel strike package to counter S-400. This means that S-400 batteries have to be deployed far away from the Pakistani border minimizing its threat to PAF.  Based on early detection of S-400 equipment, the Pakistani army can employ other covert measures such as the insertion of commandos to disable S-400 operations.

If it comes to Pakistan liberating Kashmir the S-400 is unlikely to play a significant role, as the Kashmiri population terrorized by Indian forces will immediately side with Pakistani soldiers against Indian troops. The emancipation of Kashmir will not be a repeat of 1971, when Pakistan had alienated Bengalis and India intervened to sever Pakistan.

Military officials all too often focus on tactics—acquisition of weapons and their use in the battle field—and fail to see the big strategic picture. Thus it is left to politicians with strategic foresight to frame and define winnable political objectives without expending too much military force. In this respect, the time is right for Pakistan to annex the whole of Kashmir.  India faces hostile forces on three fronts namely: Pakistan, China and Nepal. Its satellites are a source of constant consternation rather than strength, and India’s military platforms are in transition and efficacy is compromised. Throw into this perilous mix some twenty-odd secessionist movements and close two hundred million estranged Muslims looking for salvation, the probability of domestic upheaval dramatically rises. The inclusion of S-400 within this strategic context provides India with very little solace. If Pakistan plays its cards right, Islamabad will not only succeed in Kashmir’s annexation, but will set off secessionist fires that will overwhelm India’s military and reshape the subcontinent for the foreseeable future.

[5] The Business Recorder, (2018). “The US is trying to boost its military ties with India, but Russian weapons are getting in the way”. [online] The Business Recorder. Available at: https://www.businessinsider.com/russian-weapons-causing-problems-for-us-india-military-ties-2018-6 [Accessed 07 Jul. 2020].