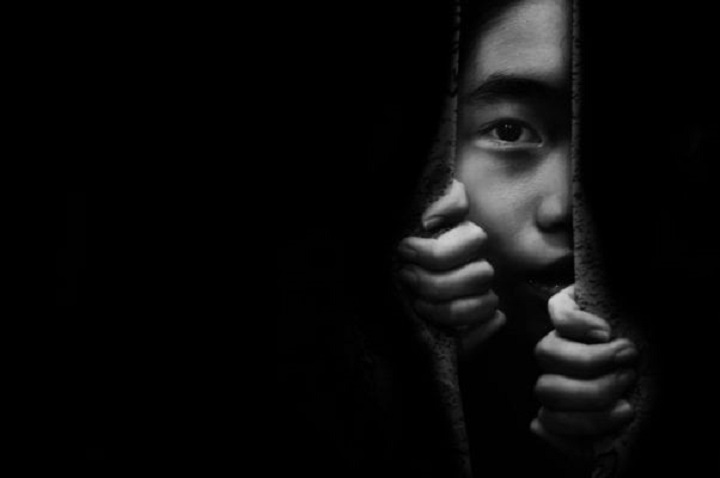 Human Trafficking is the world’s fastest-growing crime. We are taught to correlate human trafficking with conflict areas or areas with rampant instability. It’s not! the crime is common in the developed countries too. And several high profile cases have shown that it involves influential figures and the authorities that are meant to protect women and children.

1) Jeffery Epstein: He had a vast network of underage victims for him to sexually exploit in America. His arrest led to other high profile figures coming under scrutiny, with the case involving Prince Andrew becoming a prominent part of the headlines.

He was brought to the attention of the police in 2005, when the parents of a 14-year-old girl reported him. A police search of the property found photos of girls throughout the house. But he avoided federal charges – which could have seen him face life in prison – and instead received an 18-month prison sentence, during which he was able to go on “work release” to his office for 12 hours a day, six days a week. He was released on probation after 13 months and his plea deal hid the extent of his crimes and ended the FBI investigation into whether there were more victims or more powerful people who took part.

While he was listed as a level three on the New York sex offenders register in 2008, he maintained his properties and his assets after his conviction. Epstein was arrested again on July 6, 2019, on federal charges for the sex trafficking of minors in Florida and New York. He died in his jail cell on August 10, 2019.

2) Larry Nasser: A doctor for female athletes who is reported to have had more than 300 victims of sexual assault and harassment.

There is evidence that Michigan State University and USA Gymnastics, the two elite institutions associated with Nassar, were slow to act on reports that he was abusing girls and young women. Some of the victims say coaches and administrators were aware of complaints against Nassar, but no actions were taken against him. An investigation also revealed that the problems at USA Gymnastics weren’t limited to Nassar, there was a pattern of coaches and others failing to report sex abuse to authorities. The investigation uncovered more than 360 cases spanning 20 years in which gymnasts accused coaches of sexual misconduct.

– The International Labor Organization estimates that there are 40.3 million victims of human trafficking globally, with hundreds of thousands in the United States.

– Worldwide, about 20% of trafficking victims are children, with up to 100% in some regions.

– The Human Trafficking industry produces $99 billion in profits a year for traffickers.

There is no single profile for trafficking victims; they can be both adults and minors. The victims come from diverse socio-economic backgrounds, varied levels of education, and may be documented or undocumented.

The victims are usually targeted using tailored methods of recruitment and control they find to be effective in compelling that individual into forced labor or prostitution. Some of the victims are hidden behind locked doors in brothels and factories. But others are in plain view and may interact with community members, though the people they interact with may not realize that they are victims of this widespread crime.

To solve the problem, we need to change the system
This situation should horrify us. But it should also be a cause for us to think and consider why the problem is so widespread. There are a multitude of reasons; from poverty to a lack of accountability. The extent of the issue shows the flaws in the Capitalist systems judicial, economic, social and political system. And despite the attempts to reduce the incidents- including international laws and the work of NGOs- statistical evidence has shown how the cases are increasing.

The question is why?

The problem is that the freedoms that this system is based on allows this crime to take place. The focus on freedom has led to a disregard for others, and for society as a whole, if there is personal benefit involved. This has led to crimes like human trafficking becoming widespread issues, and as they are treated as individual crimes rather than a societal issue, the current Capitalist system will not be able to stop it.
In Islam, it’s not just the structure of the state that will help us to reduce, and eventually stop this crime.

It’s the people themselves. From a young age, the Islamic State’s institutions will help to build their fear of Allah and thus their understanding of accountability for all their actions, and this will help to build their personality in a way that will lead them to avoid committing such crimes. In cases where acts of crime take place, the judicial system is there to punish the parties involved, in accordance to the laws of Allah.

The Islamic State will thus deal with the issue by removing the circumstances under which it occurs. Our Nafisyah will lead to us focusing on pleasing Allah, by following his commands in every action; so the issues caused by the ideas of complete freedom will not occur.

Some examples of the circumstances under which these crimes occur in the current system are:

1) Mixed parties and secluded meetings, which are used as recruitment grounds for such acts in the developed world. Parties with free mixing won’t exist under the Islamic State. And girls and boys will understand the need for segregation so they will avoid being alone in a non-Mehram’s home or office or vehicle, which is where such crimes begin.

2) Forced Labour, which is a common part of human trafficking will not be an issue either. The Islamic State will have laws in place to protect men and women in the workplace.

4) Poverty and insecurity in the current system also leads to such crimes being more common. But under the Islamic State, girls will be cared for from a young age, if not by their guardian then by the state. This security will help them to avoid such crimes as well.

And then, if incidents occur, in spite of the preventative measures that are built into Islam, the Islamic Judicial system will review the matter and will ensure that the perpetrators are punished. the Islamic judicial system will punish the parties that are involved, no matter their station and influence, in accordance to the Sharia ruling to ensure that it doesn’t happen again.

As with many of the problems in this system, human trafficking is a systemic issue. And will not be solved until the entire capitalist system is uprooted and changed.

It was relayed on the authority of Abu Dhar al-Ghifari, radiyallahu ‘anhu, that the Prophet, sallallahu alayhi wasallam, said, of what he related from his Lord, Magnified and Exalted be He, Who said: