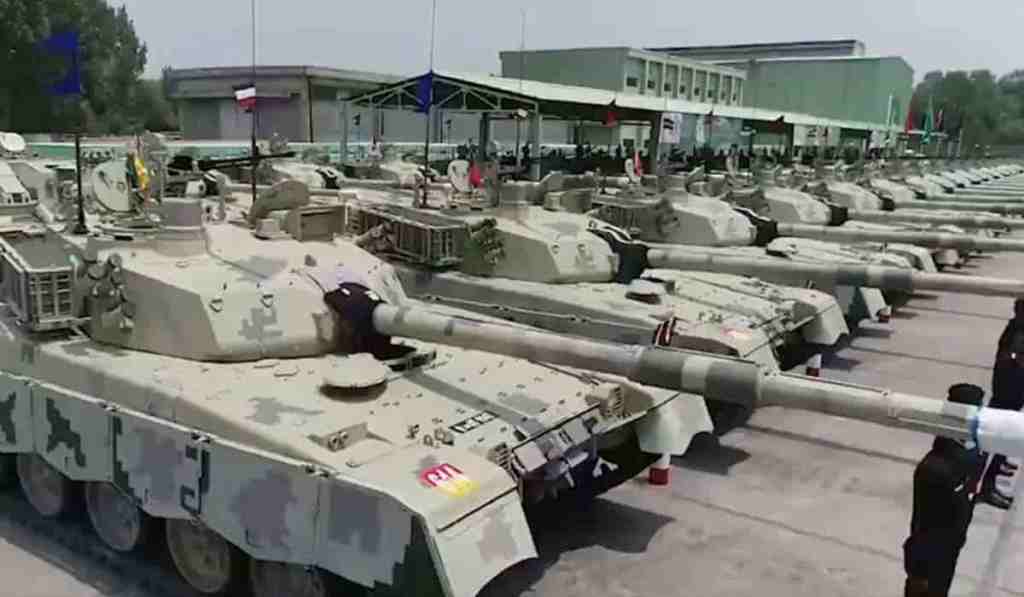 The army on 28 July 2020 inducted the Al-Khalid-I battle tank into the Armored Corps Regiment. Speaking on the occasion, General Bajwa said, “If provoked we shall respond and respond with all our might.” The Muslims of Pakistan are astonished at what sort of Indian provocation the Bajwa-Imran regime is waiting for, as the Hindu State has unleashed brutal oppression in Occupied Kashmir, as well as continuously firing and bombing over the Line of Control, martyring of our civilians and soldiers? The Hindu State annexed Kashmir forcefully on 5 August 2019, which was considered a red line for decades. It intensified oppression against our brothers and sisters. Now Modi has announced laying the foundations of the Ram Temple on the ruins of Babari Masjid in Ayodhya, on the anniversary of the annexation of Kashmir. Yet, the Bajwa-Imran regime maintains its policy of restraint, waiting for further provocation.

Moreover, the Bajwa-Imran regime opened the Wahga (Wagah) border for Afghan-Indian trade. According to this regime, it is India that is trying to put Pakistan on the black list of FATF. However, the Bajwa-Imran regime is one step ahead by making FATF demands part of Pakistan’s laws, so no Muslim can even think of helping the Muslims of Occupied Kashmir with his wealth or life. The Hindu State does not care for any international norm or ethics. It kills Pakistani fishermen in Indian jails and then sends their corpses to Pakistan, it destroys property and life in Pakistan through her Kulbhushan Jadhav network. Yet, the Bajwa-Imran regime is not provoked from its slumber and instead issues an ordinance, so the Hindu spy mastermind, Kulbhushan, can receive legal assistance.

The current political and military leadership are like the dead, devoid of feelings and emotions. They simply count corpses, gather data of the injured and tweet as if they are clerks of kafir crusaders, appointed for gathering and releasing such data. They have become an open security risk for Pakistan. They are giving false hope to the Muslims that the facilitator of India, the crusader America, will pressurize India into returning Kashmir to us. They are indirectly giving an impression to the Muslims that the atheist China will get hold of India and return Kashmir to us, even though China itself has occupied a part of Kashmir and is persecuting millions of Uighur Muslims in East Turkistan, now known as Xinjiang. This regime marks a new red line miles beyond the violation of the last red line, retreating in stages from the Hindu State. It is also likely that the regime will only call out to the United Nations, if India attacks Azad (Liberated) Kashmir or any other part of Pakistan. What sort of Muslims are they? A Muslim who has the weakest of Emaan would have been provoked by now to respond to the Indian aggression. However, they will never be provoked, even if the skies and earth burst.

O Muslims in the Pakistan Armed Forces! Leaderships produced by both Democracy and dictatorship have proved to be strong agents of the colonialist America in Pakistan. Due to hollow rhetoric since the creation of Pakistan, we have lost many regions, like Gurdaspur, Hyderabad Dakkan, the three eastern rivers, Bengal, Siachen, and now Occupied Kashmir. Only the Khilafah will deploy Muslim armed forces to seek victory or martyrdom. This war policy of the past enabled Muslims to rule three continents, for over a millennium, whilst many major powers made tribute payments to us from time to time. Embracing the colonialist masters and international order, the rhetoric of these rulers will never liberate Occupied Kashmir. The time has come for you to take practical steps. The tide will only turn to our favor after a pledge of allegiance to a Khaleefah, who will reject the current international order to lay the foundations of a new world order. Death and Rizq (Sustenance) is fixed for every person and no one can change it. The pen is lifted and the ink is dried. No difficulty befalls you which has not been written before. Hizb ut Tahrir is present all around you. Come forwards to have the honor of granting your Nussrah for the re-establishment of the Khilafah (Caliphate) on the Method of Prophethood. Only then, will the era of humiliation and oppression end and a new era of honor and might will arise. وَاللّهُ غَالِبٌ عَلَى أَمْرِهِ وَلَـكِنَّ أَكْثَرَ النَّاسِ لاَ يَعْلَمُونَ “Allah has full power to implement His design although most people do not know that” [Yousuf: 12:21]