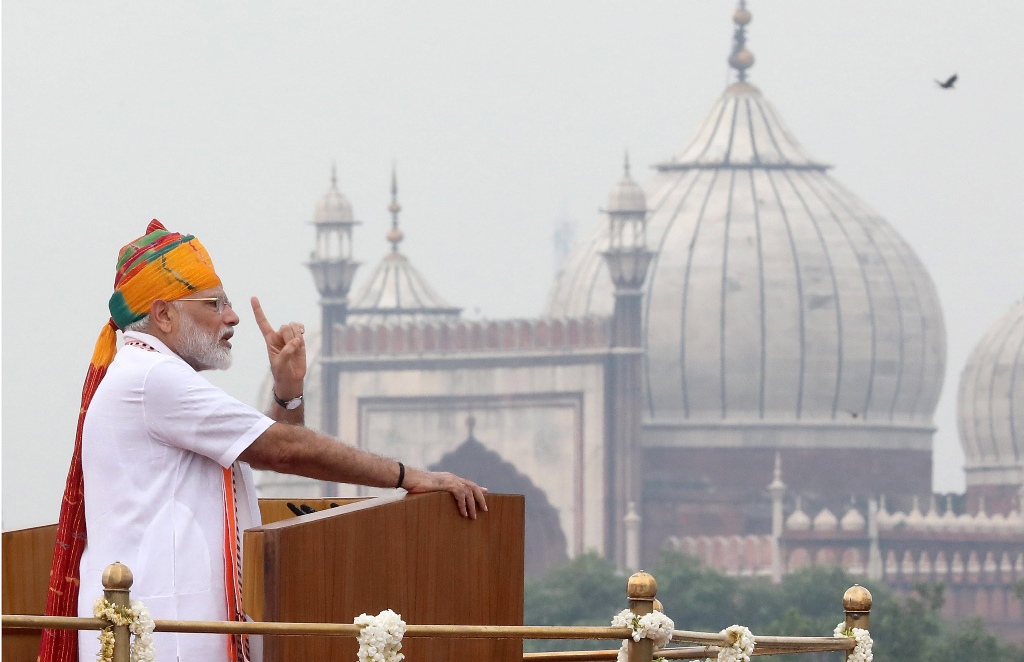 The Economic Times reported on 23rd July 2020 that the passing of Citizenship Amendment Act (CAA) by Indian parliament that allows non-Muslims from Afghanistan, Pakistan and Bangladesh to get Indian citizenship, has prompted many Muslims from Afghanistan, Burma (Myanmar) to convert to Christianity in order to apply for the same. According to official data, there are 150,000-160,000 Afghan Muslims living in Delhi, mainly East of Kailash, Lajpat Nagar, Ashok Nagar and Ashram. Also there are nearly 40,000 Rohingya Muslims across India, with the highest number in Jammu and Kashmir. A large number of these migrants have been residing in India prior to 2012 and are now claiming to be from Bangladesh while taking up Christianity. UNHRC help for migration to Canada and Europe are also being cited as reasons prompting these conversions.

The news of Muslims converting to Christianity to avoid persecution from kuffar is shame to Muslim rulers and their armies in particular and Muslims in general. Every passing day the need of Khalifah (Caliphate) is felt with greater magnitude, absence of which has rendered enemies of Islam to persecute, torture and kill sons and daughters of Ummah from east to west and north to South. Recent rise of hate with Islam and Muslims has emboldened even the meek and submissive non-Muslim countries to challenge Muslims with citizenship rights, plunder their property, desecrate their places of worship, and ridicule Muslim women and lynch men. This has forced some Muslims to leave their Iman and accept Christianity or Hinduism in order to survive and avoid the wrath of Islam hating majorities.

India’s focus to give citizenship to Afghani people is connected with India’s geopolitical interest in the region. The willingness for such citizenship however is largely missing for Rohingya Muslims is due to absence of such geopolitical or diplomatic interests in Burma or East Asia. UNHRC interest to citizenship of persecuted minorities seems to be more concerning if they become Christians as compared to when they were persecuted Muslims. Had there been any thing of what they call ‘Human Rights’ there would not have been any Rohingya crisis at the first place.

The response of Muslim rulers to the persecution of Muslims across Burma, India, Syria, Yemen, Afghanistan, Africa etc. with superior might and military are doing nothing beyond lip service. They have military option to attack these perpetrators, they have economic options of putting oil embargo, they have diplomatic options to shut their strategic sea and air routes and other such means to pressure these hostile nations to end persecution, but they are resorting to please their colonial master at the cost of earning displeasure of believers, Prophet ﷺ and Allah (swt). Such response of Muslim rulers has given oppressors a tacit approval to go with even more vicissitude of oppressions.

Citizenship in Islam is inherent to every individual of every religious or ethnic background who wish to live under Sharia. The right of food, cloth and shelter is obligated upon the Khalifah to every citizen be it a Muslim and non-Muslim. This is because the Prophet ﷺ said, ‏ «لَيْسَ لاِبْنِ آدَمَ حَقٌّ فِي سِوَى هَذِهِ الْخِصَالِ بَيْتٌ يَسْكُنُهُ وَثَوْبٌ يُوَارِي عَوْرَتَهُ وَجِلْفُ الْخُبْزِ وَالْمَاءِ »‏ “There is no better right for the son of Adam other than these things: a house in which he lives, a garment to cover his nakedness, a piece of bread, and water.” [reported by Sunan Al Tirmidhi] Unfortunately Muslims have left Islamic ruling system and seduced by secularism to the extent that instead of removing Zulm (oppression) from earth are themselves subjected to oppression. We must understand that Sahaba subdued Roman and Persian empires not because Democracy or Secularism but by adopting Islamic Ruling system i.e. Khilafah and following the Islamic foreign policy i.e. Dawah and Jihad.

We call upon armies of Muslims world to end all these persecutions by establishing Khilafah on the methodology of Prophet ﷺ. We also advise our brothers and sister who are resorting to such limits for their survival to do Sabr (patience) and have good hope from Allah (swt). The life of this world is test and we are all being tested with one or other life problems. As Allah (swt) says in Quran, الَّذِي خَلَقَ الْمَوْتَ وَالْحَيَاةَ لِيَبْلُوَكُمْ أَيُّكُمْ أَحْسَنُ عَمَلًا “We have created death and life to test who are best in deeds” [67:2]. Allah also informs in Quran that previous generations went through even more persecution to the extent that Prophets (as) and those who followed them said, “when will help of Allah come?” We say the same to what Allah said,أَلَا إِنَّ نَصْرَ اللَّـهِ قَرِيبٌ   “Help from Allah and victory is near.” [2:214]