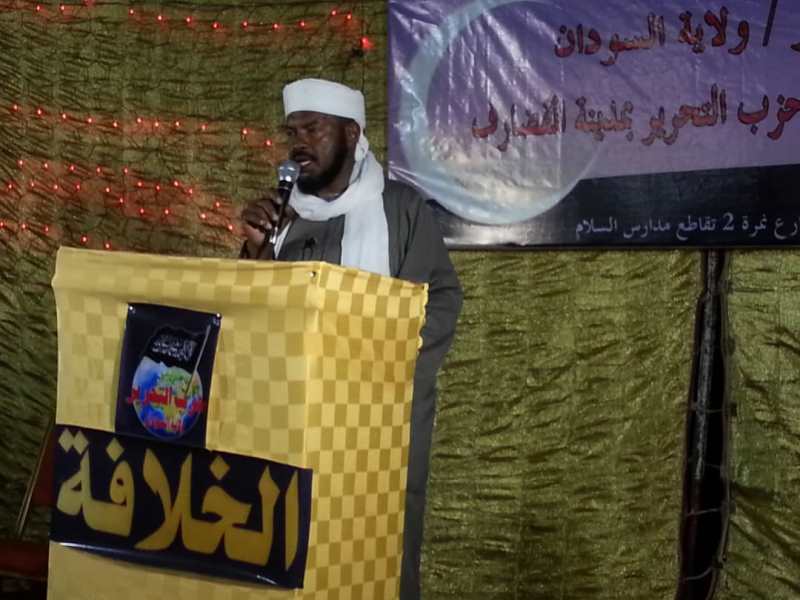 On Friday 10 Jumada II 1440 AH, 15/02/2019, Hizb ut Tahrir in Wilayah of Sudan held a public rhetorical festival in Khartoum, instead of the festival, which was due to be held on Saturday, 16/2/ 2019, in Ash-Shaheed Az-Zubair Muhammad Salih International Conference Centre, entitled: “Sudan’s Future Between Secularism and Islamic Shariah” which the Khartoum state security authorities prevented. The festival was attended by a group of scholars, leaders of Islamic work and imams of Masajid. The following were the participant speakers:

The speakers agreed that the Shariah law should be implemented under the Khilafah (Caliphate) state. The official spokesman of the Hizb ut Tahrir/ Wilayah of Sudan, gave the keynote speech of Hizb ut Tahrir / Wilayah of Sudan, stressing that the Ummah did not weaken and is not humiliated only after it abandoned the ruling by the Book of Allah and the Sunnah of its Prophet ﷺ, and ruled by secular systems, resulting oppression and poverty. In his speech, the spokesman also explained how Islam alone is the just system that achieves a decent life and preserves the honour, money and blood.