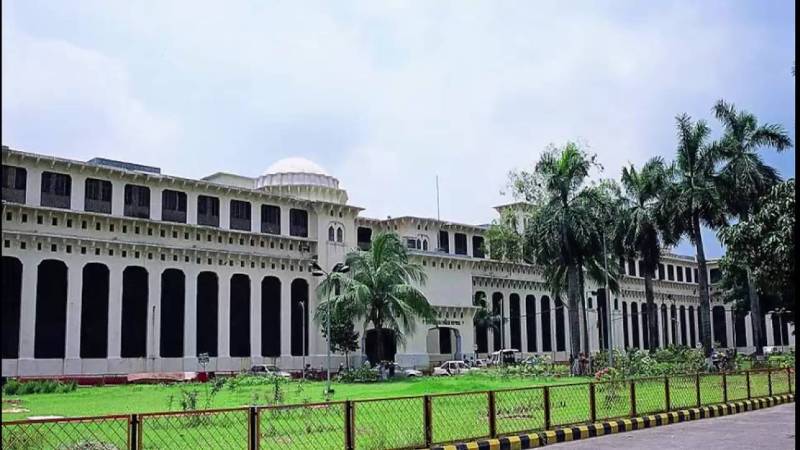 Address ‘Threats to Democracy’ in Bangladesh

A bipartisan group of six influential US Congressmen has voiced concern over the status of democracy in Bangladesh and called upon the Trump administration to address “threats to democracy” in the country. The group of the six Congressmen is led by Eliot Engel. US House Representative Michael T McCaul, Ranking Member Brad Sherman, Chairman of the Asia and Pacific Subcommittee Ted Yoho, Ranking Member of the Asia and Pacific Subcommittee Andy Levin and Ann Wagner co-signed the letter. In another development, a top Pentagon commander also expressed concern over the December 30 polls, saying that Prime Minister Sheikh Hasina “is trying to achieve a de-facto one-party rule”. (The Daily Star –14 February 2019)

This should be a matter of serious concern for the people of Bangladesh that why all in a sudden the USA is so much concerned about ‘democracy in Bangladesh’? We know the imperialist West headed by the USA allowed Sheikh Hasina to continue ruling Bangladesh through so-called election. In fact, these imperialists had a deal with dictator Hasina long before the election 2018. With hindsight, we can say that USA essentially arranged the multi-party participatory election to legitimatize Hasina regime so that it can serve the US interests better. There is no reason to think that USA is really concerned about democracy. Worldwide, they support many dictators to realize their geo-political objectives. Democracy, rule of law, human rights – all these mean nothing more than a pretexts under which they tend to advance their national interests. Bangladesh, recently has become very important for the USA due to her strategic location to contain mighty China and implement Indo-Pacific strategy as well as to prevent emergence of Islamic Caliphate for which there is an increasing demand among the people of this region. In fact, the US commander has clearly said that “Military-to-military engagement with Bangladesh fits into a broader strategy and commitment to uphold an international, rules-based order in the vital Indo-Pacific region and contributes to building a regional security framework”. Hence, it is neither for democracy nor for the people of Bangladesh rather it is for their own security the USA now raising these points and putting pressure on Bangladesh so that they can exploit our land, our resource and our military force to achieve their geo-political interests in this region. So, People of Bangladesh should remain vigilant about any kind of conspiracy against our nation.

Dhaka University Central Students’ Union (Ducsu) and hall union elections will be held on March 11 after 28 years of hiatus. The last Ducsu election was held on June 6, 1990 when General HM Ershad was president and the student body played a huge role in ousting the dictator. The authorities are yet to ensure amiable environment to hold a free and fair election. (Dhaka Tribune, February 11, 2019)

The sudden development regarding DUCSU, the student body of DU student, election might generate curiosity as why after so many years, the ruling party decided to hold election of the said union which would always play critical role in national movements.

It is becoming obvious that after the farcical national election, Awami League (AL) government is trying to act very clever to uplift its image that it lost during the election time. As part of its long-term objective to take all the critical sectors of Bangladesh under its control, AL government is now put its eye onto DUCSU as well. AL witnessed that its decade of oppressive rules was effectively challenged by general students in the recent popular uprising for quota reform and road safety movement when the conventional political parties failed to challenge her unjust ruling. The regime of Hasina was astonished by observing mass peoples’ support to the movement and was frightened. This regime is now worried over the potential of the revival of such movements anytime with the leadership of students. Thus it felt the necessity to control the opinion of students by abusing DUSCU.

A pregnant woman, who got serious burn injuries while cooking a week ago, is groaning in pain at home as her poor family failed to continue her treatment at Dhaka Medical College Hospital (DMCH). Salma’s husband Rubel Mia, a poor farmer, spent already 80,000 tk and now they are penniless. They have two other children. Salma is now begging for help from the generous portion of the Society (The Daily Star, 15 February 2019).

What an irony! When Hasina is in Munich to attend WHO conference, the news of Salma took slots in national media. This is not surprising under the reign of “democracy” that humanity will be burnt, executed and insulted while the puppet rulers continue to lie in front of helpless Ummah. We see the mockery of Hasina at Munich when she shows her concerns about people’s security, health and safety. 30% of Salma’s body is burnt here but there Hasina smiles with 100% satisfaction. We should ask: why she is so happy?

Capitalism is meant for capitalists. The general people’s lot under democracy is slavery. That is why no matter how hard a peasant works, it is impossible to arrange the bread and butter for the family. All most all the savings have already been exhausted but Salma’s husband failed to buy the necessary healthcare. The corrupt system forced them already to come down to the street to beg for her live-saving treatment. Is this the only case we are discussing? Hundreds of thousands of underprivileged people of this country are living or dying like this. The media of the Capitalism do not even mention the true number always. But some of the cases are entertained by the ruling thugs and then advertised so much as success stories. These are created as elements for propaganda to help the vanguards of democracy.