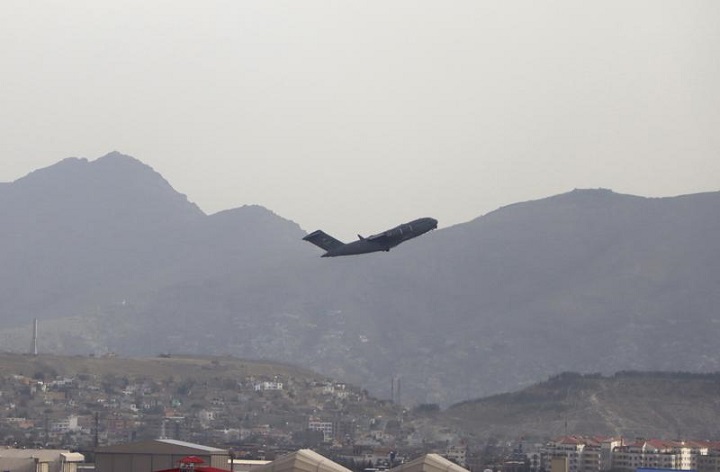 Finally, after 20 years of occupation of Afghanistan by the Americans and their allies, the occupying forces after suffering a disgraceful defeat, mournfully left Afghanistan at 12:00 AM on August 30, 2021.

The US occupied Afghanistan under the deceptive slogans of ‘war on terror’, reconstruction and assistance to this country. However, under these false slogans, the US killed hundreds of thousands of children, women and civilians; destroyed Masjids and villages; imposed the most corrupt rulers, wicked thoughts and failed military strategies as well as reprehensible political agendas on the people of Afghanistan. The US left Afghanistan while all of its investments were wasted and its puppet regime dismantled like a spider’s web.

After Britain and the former USSR, America is the third superpower that shamefully escapes from Afghanistan due to the military, ideological and political struggle of people and Mujahedeen of this land who have sacrificed their lives, assets and properties for this cause. May Allah (swt) accept their sacrifices!

The way the Americans entered into talks with the Mujahedeen and the way they evacuated the Bagram Airbase and Kabul Airport in the middle of the night clearly demonstrate their bottomless failure and/or defeat in Afghanistan. This defeat will remain as a stain in the history of their foreign policy, undermining its international reputation and status as the number one superpower in the world. Same as the Syrian issue grayed Obama’s hair, the complexity and the dynamics of Afghanistan kept 4 American presidents in deep anxiety to an extent as it even made Joe Biden weep in front of the public.

Now the occupation is ended, we would remind the Muslim people of Afghanistan of two points:

First: History has proven that the people of Afghanistan have always been successful in defeating the occupations of any kind, but they have failed in the process of state-building and governance. The primary demand of the people of Afghanistan and the whole Ummah is to establish an Islamic State and the Rule of Islam. However, the previous regimes were not governing the people according to Islam as they had built fragile governance and corrupt economic programs and did not implement Islam. That’s why, after a while, they lost their credibility and failed. Therefore, the Mujahedeen and the military and political leaders in Afghanistan should realize that their victory should be translated into becoming a role-model and aspiration to other Jihadi group among the Ummah, and they should also understand that the establishment of an Islamic State in Afghanistan can make important positive changes in the region and the entire Islamic World.

Second: The military occupation was defeated because of the unconditional sacrifices of Mujahid people of Afghanistan; however, the Jihad and struggle should not end there. This is because [Fitnah] mischief has not been eradicated completely and the remnants of occupation still exist in different ideological, political, economic, intelligence, laws and governmental structures and institutional systems. These aspects of occupation require more in-depth struggle and efforts to eradicate the remnants of occupation from all sphere of life.

Consequently, we once again would like to congratulate the victory of Jihad to the people of Afghanistan and would like to mention that from today onward the history will surely be documented differently: a non-occupied Afghanistan and a world without the credibility of America! Although, the West will continue to try to conspire against the aspiration of the people of Afghanistan, but the leaders of the Mujahedeen should realize that being steadfast in the battlefield resulted in a military victory over the occupation; similarly, being steadfast in politics will result in defeating their conspiracies and establishing of an Islamic State, the Khilafah Rashidah (rightly guided Caliphate) upon the method of the Prophethood.

“And that day the believers will rejoice * In the victory of Allah. He gives victory to whom He wills, and He is the Exalted in Might, the Merciful.” [TMQ 30:4-5]