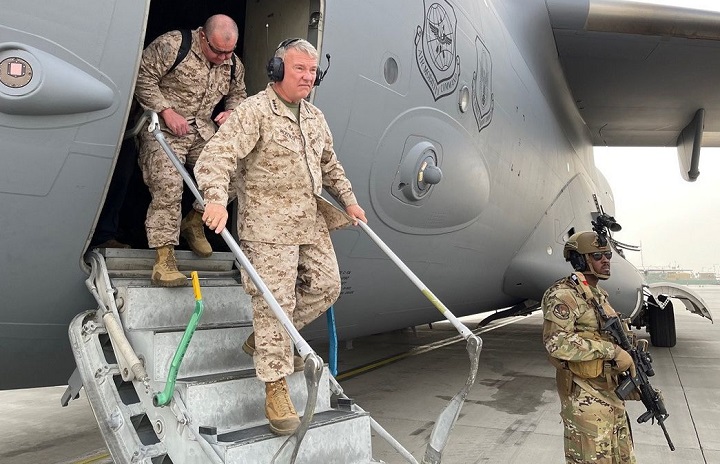 Joint Declaration between the Islamic Republic of Afghanistan and the United States of America for Bringing Peace to Afghanistan.

Comment:
The Afghan Muslims maintained their honourable title “graveyard of empires”, by kicking out the US led occupation after 20 years. Despite their huge military disadvantage, they forced the well-equipped occupiers to leave with their tails between their legs. The military victory of the Taliban did end the foreign military presence (for now), but was it also able to stop Western influence? Which is the main source of the problem.

When the US and its allies invaded Afghanistan two decades ago, they entered with brute force and brought death and destruction to the Afghan people who already were weary of war. In a very short period, the Taliban regime was dismantled. This military dominance fuelled the US arrogance even more. But it soon was confronted with the reality on the ground, that military occupation was not sustainable anymore because the will of the Afghan people to get rid of the occupiers and organise their own affairs, turned out to be much stronger. This pushed the US to lure the Taliban in to the negotiation table in order to weaken it. While it was in a position of strength, in which they had the upper hand and had nothing to gain of it. Whereas the US was the only beneficiary of these negotiations. Despite the weak position of the US, it succeeded to exercise its influence and concessions from the Taliban.

Till the extent that even the deceptive narrative of “war on terror” which the US and its allies used to invade Afghanistan and other Muslim countries, has been adopted by the new “Islamic Emirate of Afghanistan” in a joined declaration. It states: “that it will send a clear message that those who pose a threat to the security of the United States and its allies have no place in Afghanistan, and that it will not cooperate with groups or individuals threatening the security of the United States and its allies.” Even though a couple of years ago they were themselves the target of the “war on terror” slogan.

Also, the intelligence-sharing program between the US and the Taliban has been in effect since August 14. Just a couple of hours after the bomb attack this week at a busy gathering area outside the international airport in Kabul, General Kenneth McKenzie, commander of the United States Central Command, revealed an intelligence-sharing operation between the U.S. and Taliban at a Department of Defence briefing.

He said that the Taliban and U.S. share a “common purpose” of finishing the ongoing evacuation mission by August 31. “As long as we’ve kept that common purpose aligned, they’ve been useful to work with.” McKenzie said he didn’t believe the Taliban intentionally allowed Thursday’s attacks to occur, but conceded he didn’t know for sure.

Also, “the Joint Declaration” which both parties have signed, states that the US re-affirms its readiness to continue to conduct military operations in Afghanistan with the consent of the Islamic Republic of Afghanistan in order to disrupt and degrade efforts by al-Qaida, ISIS-K. By accepting this statement, the Taliban is not only confining itself to the occupier’s deceptive narrative, but it also creates a possibility for the US to intermingle in the internal affairs of the Afghan people.

The same way the Taliban agreed with the directives of the US, for a political settlement between the former leaders and elites who collaborated with the US against their own people. If this idea, of conciliation was an initiative between the different fractions in Afghanistan than this could be fruitful, if not then it would at least be an attempt for internal reconciliation. But if the occupier proposes to work with its own puppets then this is only to ensure and secure the US interests and a recipe for more disaster which will weaken the Taliban while they were in a position of strength and authority before.

And these are just some of the deceptive maneuvers of the US in order to consolidate its influence in the region.

Our recent history has demonstrated that physically kicking out the enemy, without kicking out their influence and their corrupt ideas, is not enough. As long as of one of its strings is attached to us, we will never be liberated. The only true liberation is the day that we are liberated of the corrupt and false ideas and systems. And that we are united by Islam, for Islam and nothing other than Islam.